Sent to Workers World by the author, a Venezuela analyst and writer. Translated by Michael Otto

The erroneous views on Venezuela of those who observe the country through lenses reinforcing stereotypes have often led governments and international organizations to make decisions following opinions that have already been set in stone, based more on wishful thinking than on reality. Of course if they begin by considering Venezuela a threat, they have already transformed the country into an enemy that must be defeated. 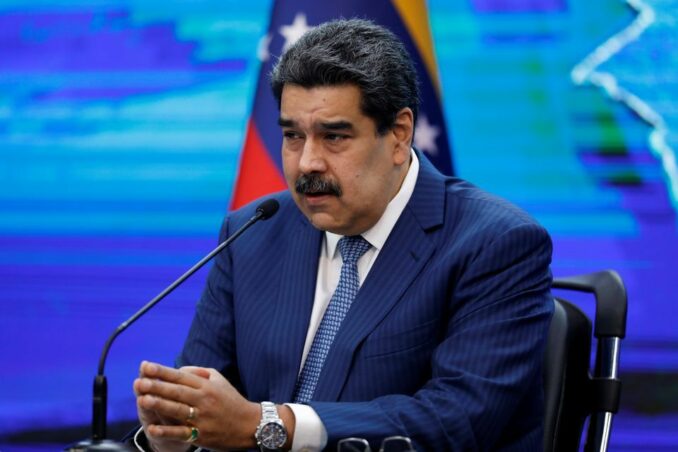 The United States and the European Union developed policies based on false information. Their informers almost daily announced the imminent overthrow of President Nicolás Maduro. Founded on these falsehoods and supported by the claims, hopes and personal ambitions of a bunch of crooks who turned politics into a business, these countries devised grotesque projects that had no basis in Venezuela’s daily life.

Likewise the profit motive — that put the national interest and the lives of millions of citizens in second place — led them to provide imaginary evaluations. These false evaluations induced Washington and Brussels to constantly misstep, provoking colossal ridicule, from which they are only now trying to extricate themselves.

The truth is that the global powers trying to overthrow the constitutional government of Venezuela believed or wanted to believe, and had strong interests in believing, the lies they heard for many years.

An article published in The New York Times on Oct. 5 reviewed a memo sent earlier by the U.S. Central Intelligence Agency to its offices in other countries. The memo states: “The central problem here (referring to the growing loss of local informants) is that CIA agents underestimate the capabilities of the counterintelligence corps of other countries.” Likewise, the letter “criticizes the low technical competence of its own officers and their excessive confidence in their sources.”

Regarding Venezuela, the absurd interventionist policy of the United States and the assumption of an early exit of the government of President Maduro led to an unlimited level of interference. Washington recognized Juan Guaidó as president, which forced the Venezuelan government to break relations with the U.S. in January 2019.

The break left the northern country without the normal avenues to observe the situation in Venezuela. At the same time, the U.S. was impelled to put itself at the mercy of local informants — who immediately understood that big business was coming their way. In this context, the informants began constructing fantastic scenarios of struggle against the “dictatorship,” which they sold at a good price to their desperate employers. The officials of European embassies, contacted for the same purpose, also paid.

Once the U.S. diplomats left Caracas, that diplomatic role was played by their European colleagues. Some of them, such as the ambassadors of France, Spain, Germany and others, unleashed a veritable maelstrom of subversive activities — widely known and documented by the Venezuelan intelligence services.

It soon became public that [the sabotage] was always based on the notion that Maduro would get out soon. Some of them, like the Spanish and German ambassadors and agents from the European Union, were declared persona non grata and expelled from the country.

They justified their activities by saying — as Josep Borrell [then Spain’s Minister of Foreign Affairs] said on Spanish television — that “they were innovating in terms of international law.” That was how he explained their recognition of Guaidó as interim president, at the same time they were secretly negotiating all kinds of transactions with the only government that always existed in Venezuela at this time — that of Nicolás Maduro.

The European diplomats in Caracas quietly attended the meetings of ministers and government officials, imploring that their attendance not be made public in order to maintain the farce of recognition of the impostor Guaidó. It was a pity to observe veteran and honorable career diplomats making fools of themselves on the orders of their governments.

The ineffable Borrell said, as early as March 3, 2019, barely a month and a half after the self-proclamation of Guaidó, that the United States government, which had recognized the proclamation of Juan Guaidó as president-in-charge of Venezuela, did not think that Nicolás Maduro “was going to show resilience.”

In an interview on the digital channel La Sexta, Borrell said that the situation was “peculiar” and “atypical,” in that Spain recognized as legitimate a president who did not have control of any territory, knowing full well that the administration of the country was in the hands of a “de facto government,” whose democratic legitimacy Spain did not recognize. Such was the consecration of their stupidity.

Therefore as there could not be two ambassadors, they gave Guaidó’s envoy the nonexistent title of “personal representative,” making it clear that in case a Spaniard had any problem in Venezuela, the entity to negotiate with was that “de facto government,” which was the one that had “control of the territory and the administration.”

Contradicting his own statement on the national television of Spain, now he did not speak of “innovation” but of a situation “unforeseen in the manuals of International Law.” That was because five weeks after the self-proclamation of Guaidó, Maduro was still managing the country from Miraflores, while Guaidó was in the jungle protected by the paramilitary gang Los Rastrojos in alliance with the government of Colombia. Five weeks!!!.

Maduro continues to be the president of Venezuela after 138 more weeks have passed. That’s because since 1810, as Borrell seems to have forgotten, the president of this country has been elected by Venezuelans, not by the king of Spain.

Europe quietly obeyed the orders of Trump, who mistreated, spied on and humiliated them as can only be done to those who have no principles or ethics in life. They thought that the arrival of Joe Biden to the presidency would change everything and they would once again have a relationship between equals with Big Brother. It didn’t work out that way. The permanent disrespect — which for Washington is state policy toward those it considers inferior — was maintained and even deepened.

The United States left them in the dark about its intention to flee Afghanistan abruptly, applying an “every man for himself” policy that abandoned the Europeans to the mercy of the “terrorists,” whom they could not defeat and who seized power, and to other terrorists, rebels who continue to act despite 20 years of failed military intervention. It is worth saying that each of their two enemies were created by the same powers that are now ducking out of the back door of history.

The flight from Afghanistan and the most recent AUKUS (Australia, United Kingdom and United States) agreement against China, which among other things has meant the breaking of a contract between the island continent and France to build submarines, in order to be replaced by subs made in the USA, seem to be awakening Europe from its dream of a love affair with Washington.

General [Charles] de Gaulle’s voice echoes in their consciences and brings them back to the reality of submission, indignity and dishonor into which they have fallen.

Paradoxically, these events have influenced Europe’s need to disengage from U.S. policy towards Venezuela, and they have begun to move their pieces: They have supported negotiations between the government and the terrorist opposition in Mexico and have recognized the country’s institutions, while they are preparing to send an observation mission to the local government elections in November.

We hope that, as usual, they will not have prepared the final report before arriving in the country.

The blockade hurts all Venezuelans

As in any negotiation, the parties must be prepared to compromise. The Venezuelan government has agreed to participate in Mexico by assuming a responsible attitude in the face of the great hardships that the U.S. and European sanctions and blockade have brought down on the shoulders of all citizens — those who support the government as well as the opposition.

But, in spite of that, for the opposition it is still a mere theatrical production. Everyone knows that they are participating in the dialogue on orders from Washington and Brussels, because [all these reactionary forces] need an elegant way out of the mess they created. That is why such talks are taking place abroad.

In this way the U.S. government tries to give the idea that within Venezuela, no conditions for dialogue exist. When the opposition commissioners return to Caracas, they go home and sleep peacefully, protected by the police and security institutions which guarantee their safety. I am sure that Pope Francis would be willing to offer the facilities of the Apostolic Nunciature to hold such meetings, or they could even be held in any other institution of the country.

Finally, there is a narrative involving Venezuelan women, who are neither persecuted nor intimidated for speaking. They do not have to return from Mexico to go to a mountain or put on a guerrilla uniform. No, as I have already said, they sleep safely in their beds, after displaying themselves in front of the spotlight of the world media that tries to prove that there are no conditions in the country for such an event.

In this sense, these negotiations in Mexico are nothing more than an export product designed in Brussels and Washington to confuse international public opinion and hide the fact that Venezuela is governable and peaceful, despite the fact that there are still national and foreign actors who are trying to destroy the peace that has been so hard to achieve.

I say this because in the aforementioned interview of March 3, 2019, Borrell denied that the government of Spain is “following” the United States. If that were so, how does one explain that today, Oct. 6, U.S. State Department spokesperson Ned Price stated that at a meeting in Paris between Secretary of State Antony Blinken and Spanish Foreign Minister José Manuel Albares, they discussed plans to cooperate on human rights in Latin America, “including efforts to support the Venezuelan people as they work to restore democracy in their country”?

It is not only tailing but also subordination, absence of honor and dignity, submission, subjugation and humiliation typical of the mediocre elite that has ruled the [Iberian] peninsula for centuries and that intends to continue imposing a model that we got rid of more than two centuries ago.