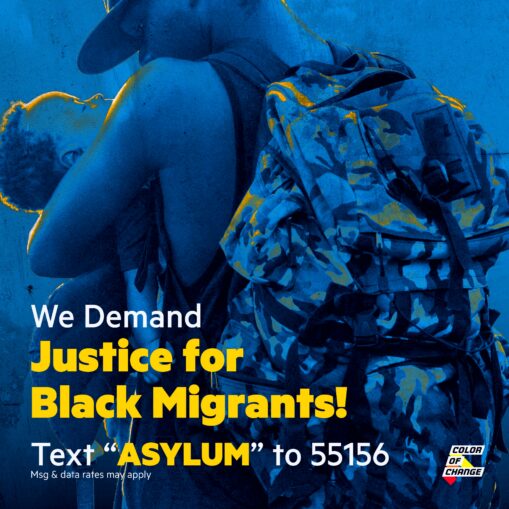 The following lightly edited statement was issued by Black Alliance for Just Immigration, Color of Change and other Black-led groups around the country.

Oct. 11 is Day 1 of the National Week of Action in Support of Black Migrants led by Black Alliance for Just Immigration (BAJI), Color Of Change and other Black-led groups around the country.

Haitian asylum seekers, who have for weeks and months been fleeing toward what they thought was safety, are being terrorized, abused and then deported. Others are being sent to Guantanamo Bay or back to Mexico where organized crime and collaborators in Mexican security forces routinely prey on Black migrants because of their skin color.

Thousands of people, including families and children, will be expelled to Haiti — a country the administration itself has described as teetering on the brink of collapse, after centuries of imperialism, foreign intervention, climate crisis and more.

The Biden administration made promises to the Haitian community to have more fair immigration policies. And yet Biden may soon be responsible for carrying out the largest mass expulsion of would-be asylum seekers in recent American history.

It’s time to turn up the pressure and hold Biden to his promises.

When we say Black lives matter, we must mean ALL Black lives — including the lives of Black migrants.

It’s time to put an end to anti-Black immigration practices. Seeking asylum is a legal and human right, fundamental to maintaining democracy. It must extend to Black people.