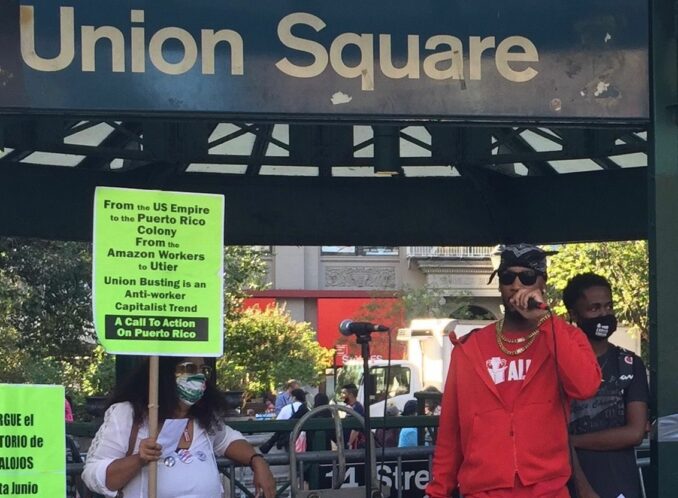 They also called attention to the housing crisis — dramatized by a rising mass struggle against evictions and the city’s basement apartment deaths caused by last week’s rapid flooding from Hurricane Ida. With the U.S. Supreme Court decision striking down the eviction moratorium mandated by the Centers for Disease Control and Prevention — and with the New York state moratorium ending Aug. 31 — the Sept. 4 rally included the all-important demand for a permanent eviction moratorium. 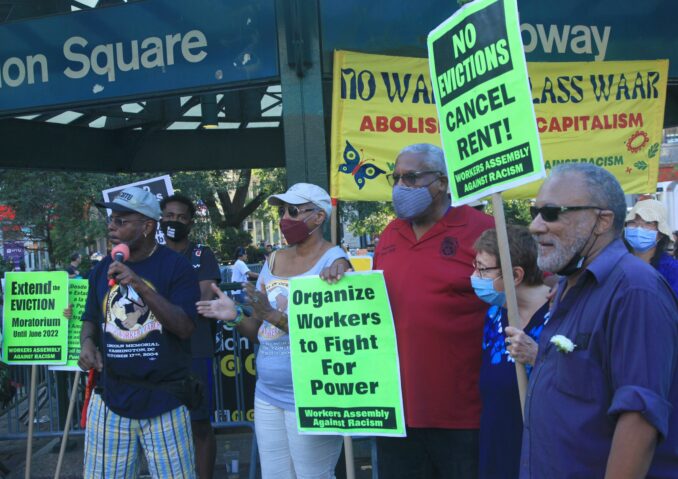 Since Labor Day is dedicated to workers rights, the rally called for an extension of the Federal Pandemic Unemployment benefits. The payments are set to expire Sept. 4, the Saturday before the federal holiday recognizing ‘Labor Day.’ 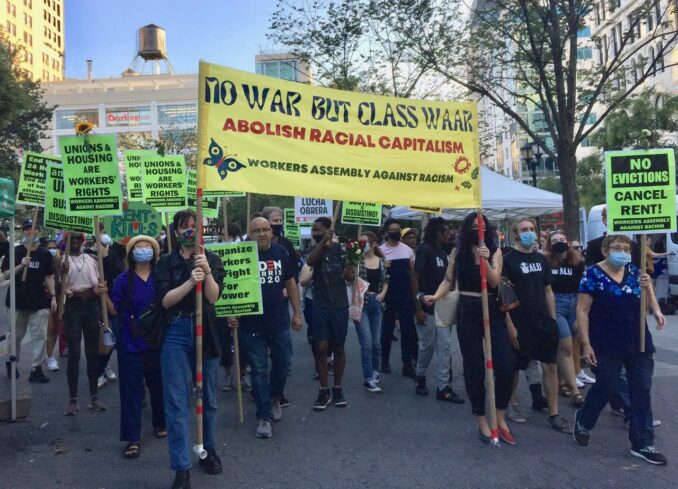 Called by the Workers Assembly Against Racism — who organized a series of winter demonstrations supporting the Alabama Amazon union campaign — the action featured a march to slumlord/union-buster Phipps Housing, a firm with an annual spot on the Worst Landlords of New York List. Rally participants plastered the front of the landlord’s building with signs saying “Phipps = Union-Busting Slumlords,” then headed for an ending rally at the luxury penthouse of head Amazon boss and planet’s richest man Jeff Bezos.