The U.S.-China Solidarity Project has just released an up-to-date, in-depth look at the network of anti-China think tanks responsible for promoting the bogus lab-leak theory that COVID-19 originated in Chinese labs. 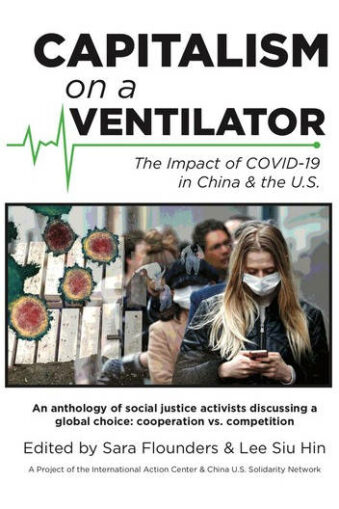 The report, “Chinese and U.S. Activists Say NO to the Biden’s Virus Origin Investigation!” was put together by the editorial team that produced “Capitalism on a Ventilator,” the book comparing COVID responses by capitalist and socialist governments. (kobo.com/us)

In May, U.S. President Joe Biden ordered intelligence officials to “redouble” efforts to investigate the origins of COVID-19, including the allegation that the virus came from a laboratory in China. Biden asked the groups to report back to him within 90 days — a deadline that is looming as summer draws to an end.

“That puts the expected release of Biden’s investigation at any day now,” said Siu Hin Lee, an author of the new report and an editor of the book. “Our report provides ammunition for progressive U.S. forces seeking to counter the growing anti-China narrative, a poisonous focus which started in right-wing circles and has since metastasized, gradually garnering mainstream acceptance even among some leftists.”

The new report shows how a network of think tanks including the Atlantic Council, the Hudson Institute and the Center for the New American Security has teamed up with Rep. Mike Gallagher (R-Wis.), Sen. Roger Marshall (R-Kan.) and others — including the Wall Street Journal’s Michael Gordon, who along with Judith Miller in 2002 promoted the Iraq weapons-of-mass-destruction lie and is now playing a crucial role in demonizing China.

The lab-leak theory has gained traction as the Delta variant ravages U.S. schools and communities, while China numbers remain substantially lower — even as the new strain started appearing there.

The report, “Chinese and U.S. Activists Say NO to the Biden’s Virus Origin Investigation!” can be found at tinyurl.com/5ynswr96 and is available for download.