The state of Texas continues to be hostile to migrants. The Kinney County Sheriff’s Department posted videos Aug. 6 of migrants being magistrated in mass hearings in a parking lot. 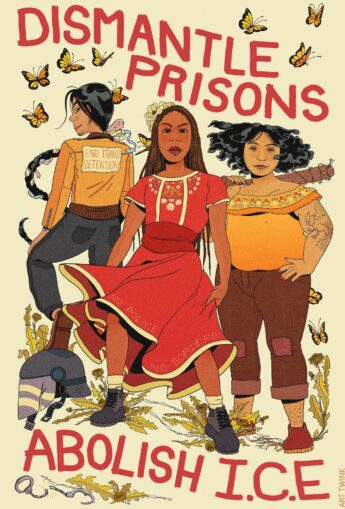 Magistrate judges are appointed by judges of the district court. They may “dispose” of minor criminal offenses and may hold bench or jury trials in civil actions on “consent of the parties.” It boggles belief that a group of migrants forced by arrest into a parking lot “courtroom trial” have given free consent to such proceedings.

According to the Aug. 19 Grassroots Leadership News, which shared the videos with the movement fighting for migrants: “Migrants are charged with misdemeanor offenses under Gov. Greg Abbott’s Operation Lonestar, a legally dubious initiative started through emergency orders. Through Operation Lonestar, law enforcement officers are encouraging ranchers to file criminal charges against migrants.” (tinyurl.com/565ak8sy)

On Aug. 24, Abbott ordered members of the Texas National Guard serving El Paso’s food banks to enforce “border security” in the Rio Grande Valley. That day, six members of the El Paso state legislative delegation wrote a letter to Abbott, urging him to reconsider his decision:

“If you pull the 90 assigned National Guard members from this post, the El Pasoans Fighting Hunger Food Bank estimates they will lose about 70% of their distribution power, as they don’t have the ability to sustain the demand of the current output with only 67 employees, a small number of AmeriCorps fellows and low volumes of volunteers. That means hundreds, if not thousands, of border families could lose their access to food.” (ElPasoMatters.org, Aug. 26)

During a special legislative session Aug. 27, the Texas House of Representatives passed House Bill 9. If signed into law, this bill will grant Abbott’s office $1.8 billion for “border security.” In prior months, Texas Democrats had fled the state to break quorum, to keep such restrictive voter suppression bills from passing, but some had returned. Their very presence was instrumental in granting billions to criminalization of migrants as well as of dissent.

The Houston Chronicle reported House Bill 9 will funnel increased funding to the Texas Department of Public Safety and the Texas National Guard, which has orders to move its agents to enforce Abbott’s will at the border. Additionally, House Bill 9 will give “$170 million to establish and staff three new processing and intake centers for migrants apprehended near the border on state jail charges.” (Houston Chronicle, Aug. 27)

Abbott and his ilk are ramping up the means to cage more humans. The conditions in migrant detention facilities, jails and even prisons in Texas are abhorrent on a daily basis. Detainees cannot socially distance in a deadly pandemic; they face extreme heat and extreme cold and have been documented in suffering abuse at the hands of guards.

It is incumbent upon us to not allow the state to harm or kill people imprisoned in migrant detention facilities, jails and prisons. 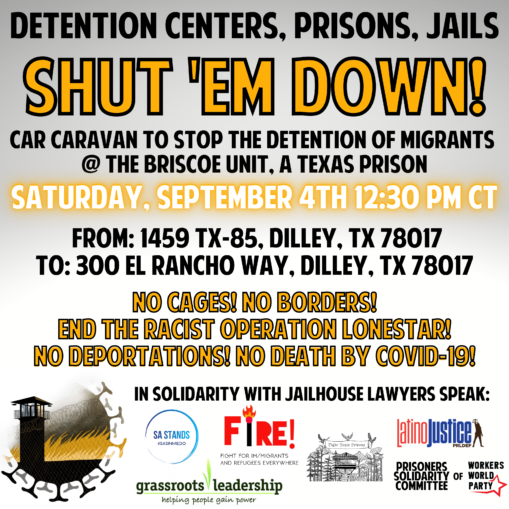 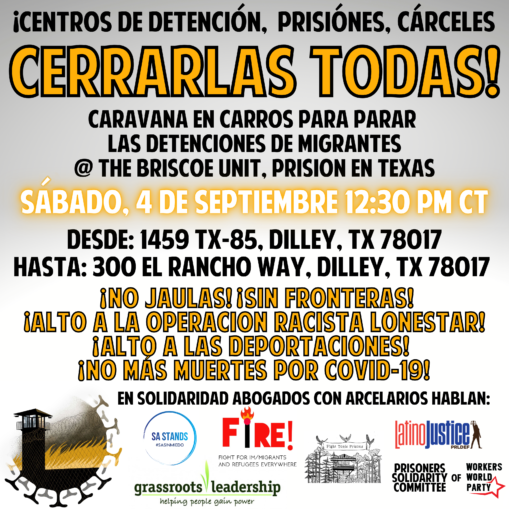