Bill Stevens died from hyperthermia after falling asleep in his chair on July 2 during Portland’s record-breaking temperatures of up to 116 degrees F. He was this writer’s cousin. Bill was one of 115 Oregonians who didn’t live through the heat.

In the same month, temperatures were at historic highs in Greece and Italy, bringing death there. “Heat is an invisible and insidious killer. Heat is one of those climate hazards that you don’t really see.” said Athens’ first ‘Chief Heat Officer’ Eleni Myrivili. (tinyurl.com/3zxhb8tk)

In Oregon, most of those who died were older, lived alone and had no working air conditioning. Homeless people, communities of color and low-income families were disproportionately affected. The heat killed a Guatemalan farmworker who had just come to work in the U.S. A construction worker and father of five died in his hot trailer. Those living in homeless encampments located in the forests surrounding Portland were evicted because they were considered high-risk wildfire areas.

The extreme heat throughout Oregon was the result of climate change. Increased global warming is heating temperatures at the Earth’s poles. This results in less of a temperature difference between the north and south areas of the jet stream, the band of high winds circling the Earth from west to east.

In late June to mid-July, a slowed-down jet stream trapped a deep mass of high-pressure air, causing a heat dome that covered the northwest from Oregon to Manitoba, Canada. The resulting heat wave killed an estimated 1,260 people in the entire region.

Heat domes, rare occurrences, are expected to be more frequent. A World Weather Attribute report concluded that the heat wave “would have been virtually impossible . . . without human-caused climate change. The observed temperatures were so extreme that they lie far outside the range of historically observed temperatures. . . . An event like this — currently estimated to occur only once every 1,000 years — would occur roughly every 5 to 10 years in a future world with 2 degrees C of global warming.” (tinyurl.com/3d7crxz2)

The heat dome caused Portland’s mass transit system to shut down. Rubber-lined streetcar cables melted; and overhead copper power wires expanded, swelled and bowed, so that the power arms could have tangled in the sagging wires. (tinyurl.com/ysdrpnn5)

In mid-August, Portland temperatures rose again to a record 104 degrees F. The number of hot days over 90 F has increased in Oregon over the last 10 years, causing severe drought in more than a third of the state since the year 2000.

Increasing temperatures have caused a 60% decline in snowpack in the state’s mountain ranges. This impacts water availability and has greatly reduced agricultural production in Oregon’s Willamette Valley.

Extreme heat has caused longer-lasting and more intense wildfires in the last three years in the state. Oregon’s four largest wildfires have occurred in the last 20 years. So far in 2021, more than 1,000 fires have destroyed over 550,000 acres, 60 times more land area than in 2020. The Bootleg Wildfire sent dense smoke 3,000 miles all the way across the U.S., causing a thick brown haze in New York City. The fire was so large it created its own clouds, thunderstorms and tornadoes.

What is the U.S. — a capitalist country that boasts of its wealth — doing to avert the climate crisis? According to Our World in Data, the U.S. is the biggest carbon dioxide emitter in history, creating 25% of the world’s CO2 and greenhouse gas emissions since 1751. (ourworldindata.org/contributed-most-global-co2)

President Joe Biden’s climate plan is to reduce carbon dioxide emissions 50% by 2030. But his focus is to rely on the private sector, to invest more heavily in private industry. Biden’s “plan” falls drastically short of addressing the U.S. impact on the world’s climate crisis.

Currently the fossil fuel industry, which produces 80% of the energy used by the U.S., spent over $2 billion between 2000 and 2016 to lobby against climate action. For the third time in recent months, the Interior Department has lowered a coal company’s fees for the mining of coal on publicly owned lands. (tinyurl.com/mc52mcvb)

Biden’s plan continues to subsidize fossil fuel pipeline expansion to bring nearly a million barrels of tar sands oil into the country from Alberta. The production of this oil emits up to three times more global warming pollution than that of the same quantity of conventional crude oil.

Jason Hickel, an economic anthropologist from the small African nation of Eswatini, writes that, as of 2015,  the U.S. has already overshot its share of the total carbon emissions budget by 40%. He said Biden’s emissions pledge only ensures “the U.S. will continue to colonize the atmospheric commons, gobbling up the fair shares of poorer nations, causing enormous destruction in the process.” (tinyurl.com/52pvxnx4)

The U.S. Climate Fair Share Project notes that for the U.S. to cover its fair share of climate impact, it would actually have to cut its greenhouse gas emissions by 70%. (usfairshare.org) 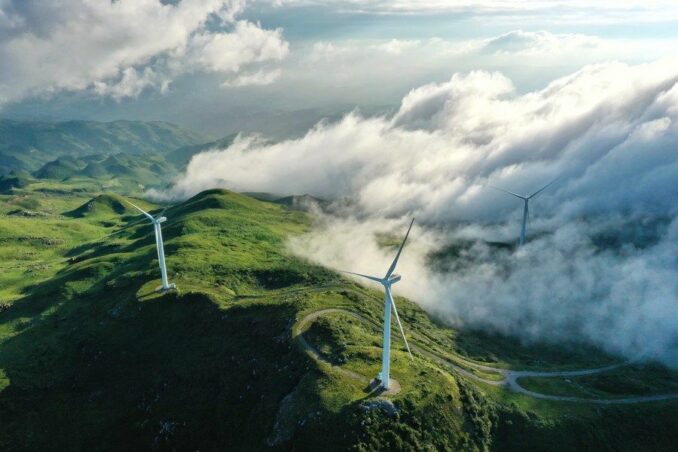 In a Sept. 10, 2019, Workers World article, Joshua Hanks wrote, “Socialist countries with economies that incorporate significant degrees of public ownership and economic planning, like Cuba and China, have proven capable of making rapid, drastic changes, the kinds of changes necessary to keep the environment from facing total catastrophe.” (“Climate crisis cries out for social change”)

According to a BBC report by David Brown: “Although China has a population 3.5 times bigger than the U.S., the country contributes only twice as much to global warming as the U.S. China’s goal is to achieve a CO2 emissions peak before 2030 and attain carbon neutrality before 2060.” (tinyurl.com/5mrfsktd)

By the end of 2020, more than 40% of China’s power generation came from renewable resources, supporting nearly one-third of the country’s electricity consumption. According to China’s National Energy Administration, that country generated more solar power than any other country and had triple the amount of wind power installations. (tinyurl.com/3kd8985f)

Guizhou, a rural mountainous province in southwest China, has become a center for the development of photovoltaic cells and wind energy production. Thousands of jobs will be created. Guanling Buyi and Miao Autonomous County in Guizhou has been known for its soil erosion and desertification. But now, says Wei Chaohu, Communist Party secretary for the county, “We will have wind farms on the mountains, photovoltaic power plants halfway up the mountain top and hydropower stations down the mountains in the future, all for the sake of reaching carbon emission peak and neutrality.” (tinyurl.com/5bp52yvw)

China has reforested areas the size of Ireland as part of its “Great Green Wall” program. The country deployed 60,000 People’s Liberation Army soldiers from 1990 to 2015 to plant trees which reduced soil erosion, pollution and desertification and absorbed carbon dioxide. (tinyurl.com/y4rdavoo) In 2019 fly-overs, NASA satellites show an overall increase in global foliage, with China being largely responsible. (tinyurl.com/568pbpw4)

In the example of another country addressing the climate crisis with socialist planning, Cuba has nearly tripled its forested area since the revolution in 1959, from 13% to over 30% in 2019, according to a report by the Cuban Ministry of Agriculture. (tinyurl.com/y6qgbmkw)