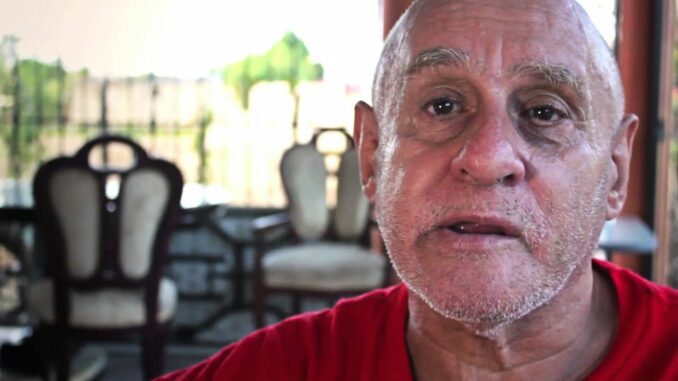 The following edited interview with Jorge “Che” Nieves, a survivor of the 1971 Attica Prison Rebellion and a founding member of the Young Lords Party in Greenhaven and Attica prisons, was conducted July 20 by Monica Moorehead, a Workers World managing editor. More segments of the interview will appear in future WW issues.

Workers World: I am Monica Moorehead, a member of the Prisoners Solidarity Committee of Workers World Party. I’m honored to interview Jorge “Che” Nieves, who was at Attica in 1971 during the heroic uprising.

Che Nieves: My gratitude to the Workers World Party for inviting me to talk about Attica, because Attica will always live. The legacy will continue, because as long as there are people struggling, Attica means “Fight back!”

WW: You said that you had been in prison for 14 years. Or since the time you were 14. Can you tell us about that a little bit?

‘I had to fight for self-respect’

CN: It was self-defense. I was a gang member. Somebody attempted to hurt me, and I hurt them back in the process. Unfortunately, they died. And so I was charged with a crime. I took a plea, because initially it was not manslaughter but murder in the first degree. I think they did that only because I was Puerto Rican or because I was a young man who was always in the streets.

I grew up in the streets. My mother was Jamaican, and her family came from Jamaica in the early 1900s to Puerto Rico. They came to the island, and they established themselves. They learned the language, the culture, the music. They became integrated into Puerto Rican history, culture and the island.

In 1919 my mother decided to come to New York and start our lives. She came with her four brothers, who later became merchant marines, and she began working. But by the time I was born, she was unemployed. I never met my father. I grew up with my mother, and she always taught me a few things: first, to respect people, but also to demand respect. She also told me that there were going to be a lot of people who were going to say you’re not Black. She said, “Honey, you are Black. Never forget that, And you are one of my boys. I love them so much.” But she passed away.

When she passed away, my stepfather took my three-year-old sister who was born from that relationship with my mom to Puerto Rico. I remained in New York with some of my relatives who didn’t care at all about me. I don’t know why, but they didn’t care. And so I took to the streets. And that’s how I grew up; I grew up in the streets.

History taught me a lot. Unfortunately, I became a gang member in the process. This whole situation happened, and I wound up in jail. They wanted to give me the electric chair, and I was 14. That was history. It went way back to 50 years ago, when somewhere in the South, someone who was 14 years old was executed in the chair.

WW: That was George Stinney in Georgia in 1944.

CN: Yes. This is nothing new. So they wanted to give me the electric chair. Negotiations went on between the attorney, and they were able to give me a plea of 7 to 15 years in prison. That was my plea. I went straight to do my time. I had to fight on many occasions for self-respect. I was able to get respect from a lot of ignorant people.

CN: After that, I started playing handball in a prison and became really good at it. So the Five Percenters [Nation of Islam members] used to watch me play. One of the brothers came over when I went to my recreation period. He said, “There is a book I want you to know.” I looked at it and asked what it was about. He said it was the “Autobiography of Malcolm X.” I didn’t know about Malcolm X at the time.

I said, “I’ll read it. What is it about?” He said, “It’s about you.” I asked, “About me?” He said, “Yeah, just read it, and then we’ll talk about it.” So I went back to my cell, and I started reading. Malcolm X opened up my eyes. I started looking at the situation, life and prisons in a much different context.

So I started hanging out and socializing with the Five Percenters. We grew in numbers. The administration took many of us out, and I went to Auburn [New York] Prison. It was June in the early 1970s. There were riots going on, not riots but rebellions, uprisings going on for human rights and freedom and protesting bad conditions in the jails. That has always existed.

Here I am in Auburn; and I met some of these brothers from the city jails, and they began educating me on my history. I had no concept of myself, of my oppression and of racism.

The Black Panthers educated me on that. They started to open up my eyes. And so I became a Panther. It became apparent that the information they were giving me was something that was beyond description. I just never knew that there was such a philosophy. I just grew up in the streets, and we don’t teach that in the streets. We teach about survival. The Panthers really woke me up, and I became a follower. We started organizing in Auburn Prison, and so some of us were transferred to Attica.

WW: When did you learn about George Jackson?

CN: I learned about George Jackson when I was in Attica. The Panthers did talk about George Jackson. I also learned that my island, Puerto Rico, was a colony of the United States and became a colony as a result of the invasion that occurred in 1898, and the people were considered as second-class citizens.

Part 2: ‘I carried the legacy of struggle in prison’ is online at workers.org.