Workers World/Mundo Obrero joins with the Cuban people in celebrating the 68th anniversary of an event which changed the course of history for their island nation.    On July 26, 1953, Cuban revolutionaries boldly attacked the Moncada garrison in Santiago de Cuba and simultaneously conducted a siege of the army barracks in Bayamo. 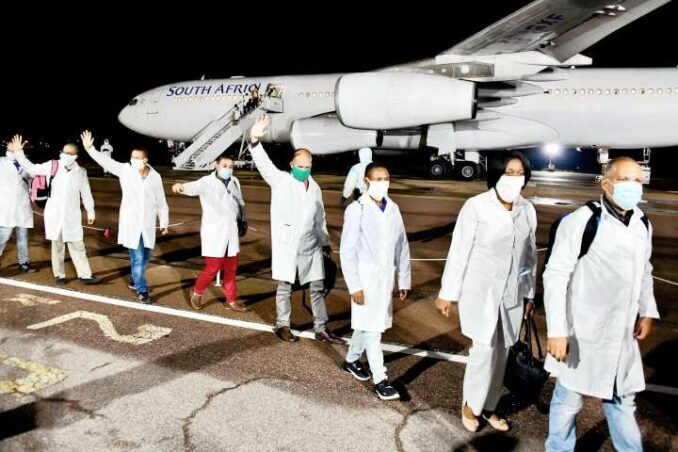 These courageous acts were aimed to strike a blow against the brutal U.S.-backed dictatorship of Fulgencio Batista. Although the military goals were not achieved, and the struggle suffered a temporary setback, the armed struggle had reached a new stage that continued until the dictatorship was overthrown on Jan. 1, 1959. As the guerrilla forces fought in the mountains, an underground movement spread across the country.

Cuba has not only developed in every sphere since the socialist revolution, this island nation has carried out acts of international solidarity to aid oppressed countries in Latin America, the Caribbean and Africa, whether with military might or medical personnel and supplies. This assistance has been given generously, despite the horrific blockade implemented against Cuba by Washington for six decades.

Even now during the pandemic, despite having a dearth of medical supplies for inoculations, Cuba plans to share COVID vaccines with countries denied them by the imperialist West.

Cuba has deservedly won the support and respect of peoples around the globe.  Workers World has shown our unwavering solidarity with this socialist country on this newspaper’s pages and in countless activities on the streets.

We know you read WW/MO for class truth, free from corporate lies and geared to working and oppressed people. We need your help!  Join the WW Supporter Program, initiated 44 years ago, to aid in funding the newspaper. Since the early 1990s, these donations have also helped maintain the workers.org website.

New articles are posted daily at workers.org. During the pandemic, the weekly newspaper has been printed and mailed out once a month; and WW weekly editions continue to be posted in PDFs on our website. We plan to print more frequently when it becomes safer, as the pandemic is resolved.

For an annual donation of $75, $100 or $300, members receive a year’s subscription, letters with news of activities and analyses of timely issues, and one, two or three free subscriptions, respectively, for friends. Members can receive our book, “What road to socialism?” (Notify us.) Or read it free at workers.org/books.

Write monthly or annual checks to Workers World. Mail them, with your name and address, to Workers World, 147 W. 24th St., 2nd Floor, New York, NY 10011. Or sign up to donate online at workers.org.