This is an edited version of a talk given July 9 at a Workers World Party−Boston meeting on the theme “Cops and Colonizers Out of Pride.”

Pride 2021, when we celebrated the 52nd anniversary of the righteous Stonewall Rebellion, also rang with inspiring calls from the world over to lift the imperialist blockade of socialist Cuba. How are these struggles connected? 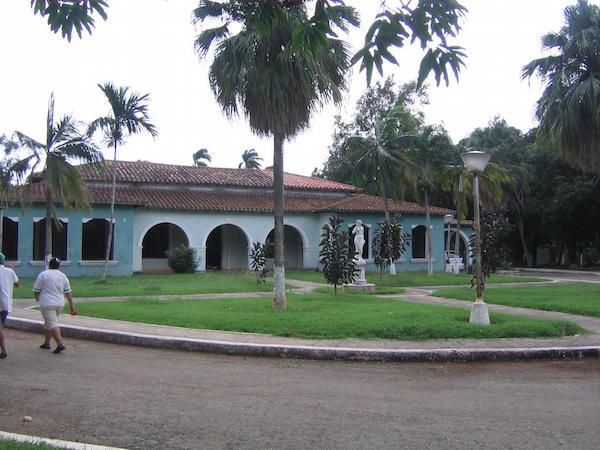 In the U.S., we have recently seen wave-after-wave of anti-trans legislation, which continues under President Joe Biden, who many eagerly voted for, duped by claims he was the candidate of the marginalized. Trans women are being shouted out of dressing rooms, bombarded with death threats and murdered at alarming rates. All the while corporations merely change their advertisements for 30 days in June each year, trot out their employees for corporatized Pride parades, capitalize on the fight-back legacy of the LGBTQ+ community and then about-face to contribute large sums to antigay politicians.

But throughout the U.S., there have been signs of grassroots, worker-led reclamations of Pride. Here in Boston, LGBTQ2S+ radicals led by Black Trans women have, for the second year in a row, organized the aptly named Trans Resistance march. Spitting in the eye of corporatized Pride, this action called for a return to the revolutionary spirit of Stonewall. Thousands gathered at Trans Resistance to celebrate and call for the end of Pride-for-profit, its history of capitulation to capitalist profiteers and its disgusting collaboration with local cops.

This Pride month also saw another moment decades in the making. The countries of the United Nations, for the 29th year running, overwhelmingly approved a resolution that called for lifting the imperialist U.S. blockade of revolutionary Cuba. The blockade was put in place in 1962.  This year, and typically, only two governments, the U.S. and Israel, voted against Cuba.

After a revolutionary army led by Fidel Castro freed Cuba from the fascistic Batista regime in 1959 and threw capitalist interests off the island, Cuba has been a growing and glowing beacon of human rights. Free health care, the elimination of homelessness, a nearly perfect literacy rate and a robust history of internationalism — from medical support to military aid — have all spoken to the continuing success of Cuba’s revolutionary project. Under imperialist threat from its beginning, Cuba has shown the promises of scientific socialism.

Despite expected difficulties during the beginnings of the Revolution, Cuba has worked tirelessly to confront anti-LGBTQ+ bigotry — a legacy of the colonial past — and to politically enshrine the human rights of LGBTQ+ people to the point of ensuring free access to gender-affirming care.

A brilliant measure of this commitment was the Cuban response to the HIV/AIDS epidemic.

In 1983 in the U.S., 3,422 deaths had already taken place due to AIDS. But it would be two years and 9,887 deaths before U.S. President Ronald Reagan would even utter the term “AIDS,” despite the rising death toll. (factlv.org/timeline.htm)

In 1983 — two years before the first diagnosis of HIV on the island — the Cuban government was already working to ensure the safety of all its people. And Cuba tackled HIV/AIDS from a principled scientific stance. The Cuban health ministry took part in a Pan American Health Organization workshop on HIV/AIDS; then in short order, they set up a national commission with the sole purpose of researching and preventing a massive outbreak of HIV in Cuba.

In the U.S., medical authorities, government officials and the bourgeois press inflicted antigay and racist stigma on those falling ill. Haiti and the entire continent of Africa were blamed for the disease, while simultaneously HIV/AIDS was labeled a “gay disease” handed down from God to punish those viewed as immoral by bigoted religious forces. The criminalization of drug use and sex work — and homosexuality itself — in the U.S. drove seropositive individuals further into the neglected fringes of society — in stark contrast to Cuba.

As the revolutionary work developed in Cuba, the island underwent great improvements in the area of sexual health. Safe access to abortion as well as methods of contraception were the norm. Cuba’s public health agencies promoted a very open, matter-of-fact approach to discussing sex. Due to its system of universal health care, Cuba had the advantage in responding to what is most often a sexually transmitted disease.

One step by Cuba in preventing an epidemic of HIV/AIDS came under the most criticism — however inaccurate and rooted in anti-communism that might be. This was the creation of “sanatoria,” essentially small communities exclusively for the seropositive, focused around the health and well-being of those with HIV/AIDS.

A charge of “quarantine” has been leveled against the Cuban sanatoria, and it must be emphasized that this word does not describe the sanatoria by a long shot. That charge equates Cuba’s approach to the outright homophobic calls in the U.S. to quarantine gay men. These were disgustingly exemplified in Baptist minister and politician Mike Huckabee’s homophobic rantings: “I feel homosexuality is an aberrant, unnatural and sinful lifestyle, and we now know it can pose a dangerous public health risk;” and “If the federal government is truly serious about doing something with the AIDS virus, we need to take steps that would isolate the carriers of this plague. . . .” (tinyurl.com/4h6zuy5t)

Quarantine, as proposed under capitalism, would have been part of a system that left those with HIV/AIDS dead or barely surviving, left them jobless, homeless and without treatment. The reactionaries wanted to wash their hands of the disability and devastation their policies cause, forget about People With HIV/AIDS and condemn them to death — out of sheer hatred.

A dramatic example was the racist detention of Haitian refugees at Guantanamo Bay in Cuba, in a prison on land occupied by the U.S. military. There HIV-infected “refugees lived in deplorable conditions, were subjected to violence and repression by the U.S. military, deprived of proper medical care and left without any legal recourse of rights.” (Karma R. Chavez, “ACT UP, Haitian Migrants, and Alternative Memories of HIV/AIDS,” Quarterly Journal of Speech 98; Feb. 1, 2012)

Revolutionary Cuba had a strikingly different approach. In the sanatoria, those living with HIV/AIDS received housing, food, facilities for sport and exercise, entertainment and medical, psychological and social services — all at no cost. Further, they were given their full weekly wages by the government. (workers.org/books, Leslie Feinberg, Lavender and Red #99: “AIDS ‘Quarantine’ in Cuba: Care and prevention, not repression”)

Cleo Manago, a same-gender-loving Black man travelled to Cuba with a 200-person delegation in August 1994 and visited the sanitoria himself: “They had 24-hour health care, the option of having family members, even a dog or a cat stay with them. Same-gender-loving and heterosexual couples living together at the complex is a common occurrence.

“I asked people living there about the conditions in which they live. None were happy about having HIV or AIDS, but all were very appreciative of the care they received. Many who could go home, if they wanted to, chose to stay where they were guaranteed prepared food, a comfortable home and prompt medical attention,” Manago reported. “This particular center offered ambulatory care for those with jobs or who wanted to continue with school. To my knowledge there is nothing similar in the U.S.A.”  (“Cuba from a Black, Male, Same-Gender-Loving Perspective,” Sonoma County Free Press, August 1994)

Fast forward 30 years: The Joint U.N. Program on HIV/AIDS (UNAIDS) reports Cuba has one of the lowest HIV rates in the world.

ACT UP fights AIDS catastrophe in the U.S.

In the U.S. measures to stop the HIV/AIDS epidemic have been won on the backs and bodies of the activists in ACT UP (AIDS Coalition to Unleash Power). Formed in 1987 in New York City, ACT UP focused on getting treatment into the hands of those living with HIV/AIDS. By the time of its founding, over 16,000 people had died from AIDS-related complications in the U.S. (factlv.org/timeline.htm)

AZT, the first drug to treat HIV/AIDS, was made available in 1987; AZT is an antiretroviral originally studied for use on cancer. Given its extremely expensive price, only those with good insurance were able to get what was considered a lifesaving treatment at the time.

ACT UP was dedicated to civil disobedience, direct action and a cell-structure organizing system. In a little over two years, ACT UP was victorious in getting the price of AZT lowered, but the organization’s activism did not stop there. In recent years here in Boston, ACT UP has been raising hell in order to prevent cuts in funding for programs essential to slowing the spread of HIV and in assisting the seropositive.

Cuts to HIV/AIDS funding are happening frequently in the U.S. Together with the prolific levels of racism, transphobia and drug-use stigma in this country, the rise in new infections is occurring in the most marginalized communities. Communities at highest risk for seroconversion in the U.S. are Black and Latinx gay men and trans women, and people who inject drugs.

A Centers for Disease Control and Prevention study in 2016 estimated that one of every two Black gay men would become seropositive in their lifetimes. (tinyurl.com/y253tkcb) A 2020 CDC report on Black trans women in major U.S. cities found 62% had HIV. (tinyurl.com/46h8e6nb)

Racism and queerphobia play a distinct role in health care disparities. When you factor in homelessness and drug-use stigma, it becomes difficult to see any light at the end of the tunnel in the U.S. Even more damning, COVID has added to the ever expanding evidence of the failure of this country’s health care “system.”

The U.S. government cannot combat a pandemic — especially not in a way that prioritizes the safety of the most marginalized.

It is abundantly clear that to overcome these and all injustices created by the primacy of profit over people, we must become like Cuba. We must be fearless, resolute and revolutionary — and to coin a phrase I have heard tossed around here once or twice —

We must build a workers’ world!

The writer is a trans lesbian, a stone butch, a revolutionary communist and  an organizer with ACT UP.