June 7, 2021 was a meeting I have been looking forward to. It was the first time I was able to meet in person with comrades in over a year. Zoom meetings were nice and nothing like conversing face-to-face with your fellow revolutionaries. 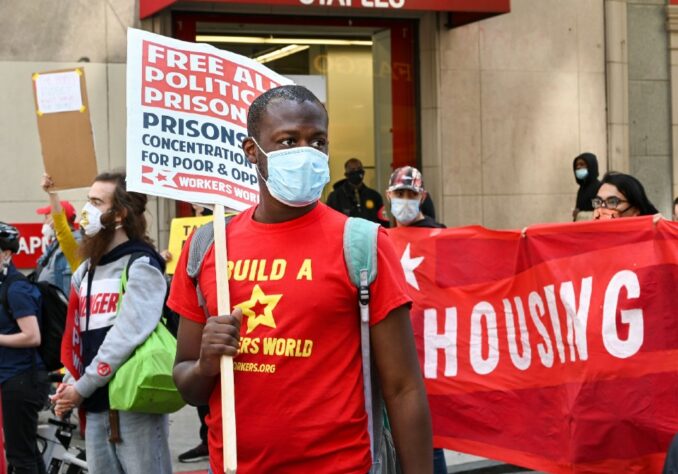 The meeting went great as usual. We were discussing ways to build a workers’ assembly, and the conversation turned to how to engage members of the working class and draw them over to radical thought. How do we engage with people who hold reactionary views?

Being an avid YouTube watcher, I worried about the reactionary messages and rhetoric about socialist countries gaining ground on that platform and was concerned how this could translate outside of a virtual setting. We need a way to have discourse with potential cadre who may have been led astray by such anti-communist talking points — they could prove harmful to the working-class movement.

A lot of workers — well-meaning potential cadres — fall victim to believing what they hear on mainstream media and not necessarily all from the right. Some liberal sources view socialism as a type of reform, not understanding the essence of socialism. This could leave workers open to buying into more reactionary positions.

Reactionary rhetoric can take many shapes and forms; a very common type is slandering existing efforts to build socialism, both past and present. As more and more young people are being drawn to socialism, the bourgeois ruling class has acquired a vested interest in degrading socialist countries in the Global South, in addition to the former USSR.

We need an opportunity for education, not just on what socialism is, but how it is put into practice. On how existing socialist countries and those working to build socialism challenge U.S. imperialism. We need to demystify them — humanize them, much like we have been doing about Palestine.

The more I was educated, the more my views changed.

How do we engage with people who may not understand this? Speaking from my own perspective, I had a lot of reactionary views myself — born out of ignorance.  The more I was educated, the more these views changed. This holds true for most workers.

As a former liberal or democrat, I’ve been misled by arguments not only from conservatives but by liberals and other leftists who have been misled by U.S. imperialist fabrications about socialist countries. The people who I was getting this information from weren’t the usual suspects, Daily Wire or PragerU, they were from liberal centrist teachers, professors, classmates, etc. Even during my earliest days as a communist, I still had reservations about socialism working due to lingering beliefs about communist revolutionaries.

Sometimes this subterfuge is effective, and rather than pursuing true radical and revolutionary praxis, potential cadres, intimidated by conservative nonsense about socialist countries, pursue more moderate and reformist ideologies like social democracy.

When I finally listened to a podcast featuring Marxist-Leninists who thoroughly debunked many of the half-truths and fabrications about Stalin and the USSR, this played a pivotal role in turning me into a revolutionary, and it pushed me to read more about the history of the USSR. Further interactions with comrades in Workers World Party further educated me about the impact socialist movements have had and continue to have on the global proletariat.

Going forward, when sharing how we can dispel common myths about current socialist movements, I should be cognizant about highlighting my views and experiences before I arrived at Marxism-Leninism. With the Biden administration cracking down on anti-capitalists, the corporate media machine fanning the flames for war with China and with U.S. imperialist hegemony threatening the DPRK, Cuba, Bolivia, Venezuela and Peru, it is important for leftists to educate ourselves and potential cadre about the triumphs of those countries against insurmountable odds.

Socialist countries and countries with socialist leaders are inspiring the working class all over the world. We need to be their best advocates and argue on their behalf. We owe it to our comrades here and around the world to do so.