On April 17, three days before white police officer Derek Chauvin was found guilty of two counts of murder and one count of manslaughter, Rep. Maxine Waters — a longtime California Democrat whose district includes South Central Los Angeles — spoke at a rally in Brooklyn Center, Minn. This is where 20-year-old Black man, Daunte Wright, was fatally shot by another white cop April 11 for a minor traffic violation. 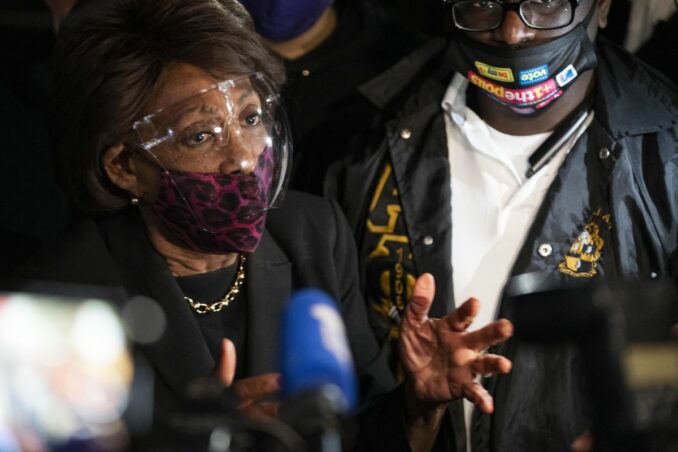 Waters, who is African American, told the crowd: “We’ve got to stay in the streets and demand justice. We’re looking for a guilty verdict, and we’re looking to see if all the talk that took place and has been taking place after they saw what happened to George Floyd. If nothing does not happen, then we know that we got to not only stay in the street, but we have got to fight for justice. We got to stay on the streets. And we’ve got to get more active; we’ve got to get more confrontational. We’ve got to make sure that they know that we mean business.” (CNN, April 19)

Chauvin’s defense lawyer attempted to use Waters’ comments to get Judge Peter Cahill to declare a mistrial; the judge had the audacity to declare Waters’ words were grounds for an appeal of the verdict. Cahill is scheduled to decide Chauvin’s  prison sentence sometime in June.

Meanwhile, the most popular player in the National Basketball Association, Los Angeles Lakers forward LeBron James, issued a tweet to his 49 million followers. The words: “YOU’RE NEXT #ACCOUNTABILITY” were with the photo of Nicholas Reardon, the white cop who fatally shot 16-year-old Black teenager Ma’Khia Bryant, in Columbus, Ohio. Next to Reardon’s headshot was an hourglass emoji. 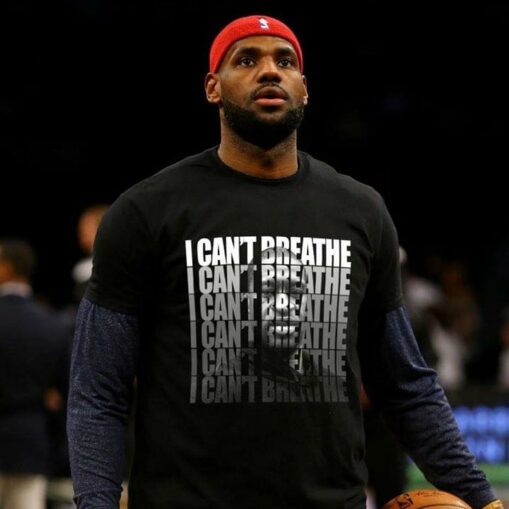 James, a native of Akron, Ohio, removed the tweet the same day. While not apologizing, James went on to say in two more tweets: “ANGER does any [sic] of us any good, and that includes myself! Gathering all the facts and educating does though! My anger still is here for what happened to that lil girl. My sympathy for her family, and may justice prevail!

“I’m so damn tired of seeing Black people killed by police. I took the tweet down. because it’s being used to create more hate. This isn’t about one officer. It’s about the entire system, and they always use our words to create more racism. I am so desperate for more ACCOUNTABILITY.”

The Huffington Post reported that six Black people, including Bryant, had been killed by the police within the 24-hour period following the Chauvin verdict.  (April 25)

Prominent Black people must be heard

For speaking not only their minds but the minds of millions of Black and other people of color and workers in general, Maxine Waters and LeBron James were attacked by extreme right-wing politicians and, in James’ case, the National Fraternal Order of Police.

Republican Senators Mitch McConnell and Ted Cruz and Reps. Kevin McCarthy and Marjorie Taylor Greene accused Waters of trying to incite violence and insisted that everyone, including Chauvin, had a right to a fair trial. McCarthy has threatened to introduce a House resolution to censure Waters for “dangerous comments.”

In response to James’s tweet, the NFOP characterized his message as being “disgraceful,” “extremely disgraceful” and “gaslighting.” (@GLNOP)

Cruz, along with Sen. Tom Cotton (R-Ark.), attacked James, suggesting that NBA Commissioner Adam Silver should censure James. The women’s and men’s NBA players have been in the forefront of countering reactionary “shut up and dribble” messages by those who want athletes — especially if they are influential like James — to keep their mouths shut on social justice issues, particularly police brutality.

It is interesting that these same politicians and the FOP did not utter one word about a heinous 2017 video that resurfaced on Twitter April 22. An ex-Army Ranger, Dave Grossman, is caught during a police training saying that sex after killing someone “is the best sex,” “very intense sex” and one of those “perks that come with the job.” (Resist Programming @RzstProgramming)

Michigan Rep. Rashida Tlaib, a Muslim Democrat of Palestinian descent, tweeted following the killing of Wright: “Policing in our country is inherently and intentionally racist. Daunte Wright was met with aggression and violence. I am done with those who condone government-funded murder. No more policing, incarceration and militarization. It can’t be reformed.” (April 12)

The Detroit Chief of Police James Craig called for her resignation. Detroit anti-racist activists are demanding that Craig resign.

It is important for the movement to defend high-profile progressive voices — be they politicians, athletes or entertainers — against right-wing and even bourgeois liberal attacks. These voices are extensions of besieged Black and Brown communities, who are more marginalized and vulnerable in disproportionate numbers to dehumanization by police occupation.

Solidarity against police violence — rooted in white supremacy — in the streets, workplace and schools is critical to building classwide unity in the struggle against evictions, hunger, low wages, mass incarceration and deportations.