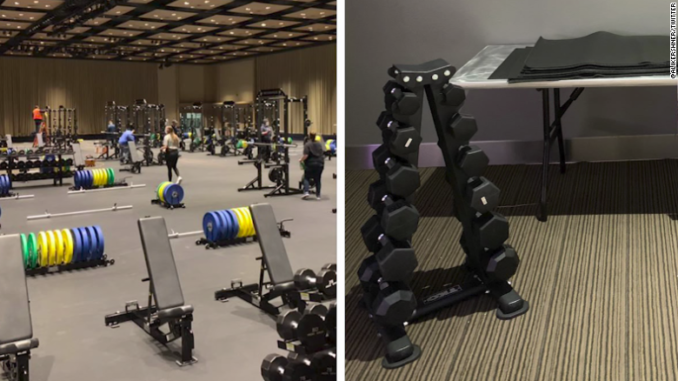 Not even the pandemic has altered this huge abundance of sports riches, despite the lack of large crowds of fans packing sports arenas to see their favorite teams play.

The astounding amount of revenue will go into the coffers of the NCAA to cover scholarships and athletic programs. Not one player will be financially compensated for their skills and popularity with fans.

March Madness also exists for women’s NCAA basketball with 64 teams within the same time frame as the men’s teams. That Final Four playoff and a championship game will happen April 2-4. But the women’s tournament is expected to bring in only $42 million in revenue from TV and cable rights. This alone shows a dramatic gap that exists between what the networks pay to show the women’s and men’s events.

Gender inequities in revenue reflect how little value is placed on women’s basketball — and on women’s collegiate sports in general. Only a struggle initiated by the women’s liberation movement won Title IX — part of the 1972 Education Amendments — that bars sex-based discrimination, including in sports, in any school or other education program receiving federal money.

What is on paper is one thing, but any equal funding between women’s and men’s  sports programs has a long way to go.

The huge gap was brought home when an University of Oregon player, Sedona Prince, posted a March 18 Twitter video showing the lack of exercise equipment for women basketball players in the San Antonio, Texas, facilities where their Final Four games are played. The video showed there was only one set of barbells sitting in a large empty weight room.

Prince then put up a video revealing the wealth of elaborate equipment that male players have at their disposal in Indianapolis, where they will be playing their Final Four games. The elaborately outfitted weight room was twice the size of where the women were expected to work out.

Prince’s posts created a firestorm of outrage and condemnation of the NCAA hierarchy’s sexism. Mark Emmert, the president of the NCAA whose salary is $3 million annually with added perks, was forced to apologize.

Emmert had to acknowledge that there were “different methods” for COVID testing for the men and women basketball players in their controlled “bubble environments.” A New York Times article pointed out: “The method in use at the men’s event in Indiana is called a polymerase chain reaction test, or a P.C.R. test, which is considered the gold standard of virus testing. It is highly sensitive and almost always detects infections. The method for the women’s tournament in Texas is a rapid antigen test, which is cheaper and generally provides quicker results but is less sensitive and more likely to yield false negatives.” (March 19)

Some immediate changes were made to right some of the wrongs, like providing more equipment for the women players. But according to the players and their supporters, they plan to call for an investigation to help bring about more permanent solutions before March Madness begins again in 2022.

To add to the list of grievances against the exploitative NCAA system, a number of male and female players are wearing #NotNCAAProperty shirts. These express their dissatisfaction at NCAA rules that do not allow them to profit off their likeness being used — whether their faces or their jersey numbers — on the sports merchandise which brings millions of dollars into the NCAA coffers.