Feb. 14 is the birth date of Nadezhda Krupskaya – Bolshevik revolutionary, educator and library advocate. Although born to a formerly aristocratic family, her family had descended into poverty, which led her to study Marxism. She joined the Russian Social Democratic Labour Party in 1903. 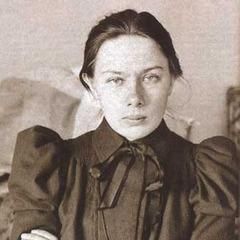 In 1905, Krupskaya became Secretary of the Central Committee of the RSDLP’s Bolshevik wing, which later became the Communist Party of the Soviet Union, after the split in 1917 with the nonrevolutionary Mensheviks.

In the early days of the Soviet Union, Krupskaya took charge of the Adult Education Division of the new educational system, which revolutionized education in the world’s first socialist republic.

In 1924, as a member of the CPSU Central Committee, Krupskaya used her platform to advocate greater gains for women workers and to promote the Soviet educational system. From 1927 to 1939, she served as the country’s Deputy Minister of Education, and she was the Deputy Education Commissar from 1929 to 1939.

Later in life, Krupskaya turned her attention to the libraries of the Soviet Union.  Prior to the revolution, they had been exclusive club-like settings where only the educated and literate were permitted entry. After the revolution, this inequity did not disappear right away.

Krupskaya began a complete overhaul of all libraries in the country, through literacy campaigns and collaboration between libraries to serve the public.  This included assessing people’s needs and learning what they wanted to read. Then it involved obtaining books relevant to what was wanted or needed for either studying or reading for pleasure.

Krupskaya revolutionized the practice of training librarians. She opened the first “library seminaries” in the Soviet Union, where practicing librarians taught and trained new librarians in the skills of their profession. This allowed many more people to not only become librarians, but to develop into revolutionary librarians.

To Krupskaya, librarians and educators were the facilitators of the revolution and would be the experts in explaining literature, literacy and writing skills to the people, so they could better understand and preserve the Soviet Union’s socialist values.

Krupskaya met Vladimir Lenin at a Marxist reading group in 1894. They married in 1898, while exiled in Siberia, and remained together until Lenin’s death in 1924.

Nadezhda Krupskaya died in 1939 at the age of 70. She was a dedicated Communist, revolutionary and educator until the end of her life.