The U.S. Air Force announced during February that it is sending four B-1 bombers and at least 200 personnel to Orland Air Base on the central coast of Norway. Pentagon officials made no secret of the fact that the deployment is meant as a threat to Russia, which is well within range of U.S. airstrikes.

According to a Feb. 2 article in Forbes, “Missile-armed B-1s could pose a serious threat to Russia’s Northern Fleet. In staging the bombers from Norway, the United States obviously intends to make that threat perfectly clear.” The B-1 can carry 24 missiles to strike ships at sea. 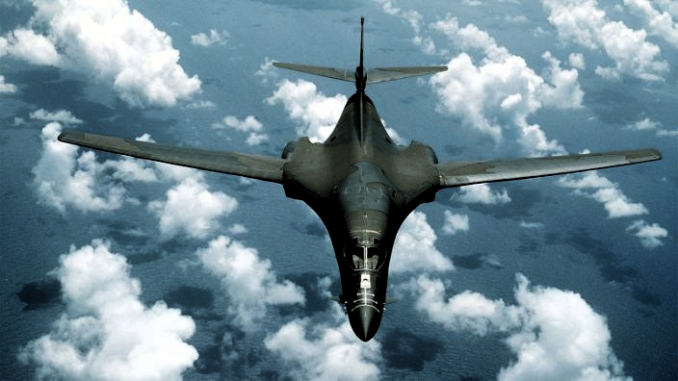 This escalation of tensions sends a message both to Russia and to Washington’s NATO allies that control over the Arctic Circle will be of paramount importance to U.S. imperialism under President Joe Biden.

Washington and its NATO allies are revealing their goal: to prevent Russia from developing from a regional capitalist power into a full-blown imperialist rival. U.S. naval vessels routinely patrol the edges of Russian territorial waters to provoke confrontations.

In one such encounter earlier this year in the Black Sea, when a Russian fighter jet flew close to a U.S. naval destroyer, the U.S. Navy tweeted that it has the U.S. Sixth Fleet there to provide “freedom of movement within international waters for all nations in the Black Sea.”

In reality, U.S. projection of its military power aims to establish U.S. imperialism’s domination of the seas, restricting freedom of movement for U.S. opponents and hegemony over its imperialist rivals.

Domination of the Arctic

The deployment to Norway of B-1 bombers also prevents Russia from competing for the rich natural resources beneath the Arctic and from freely using the Arctic Sea for trade.

The Biden administration thereby continues the policies of the prior administration, but more effectively. Donald Trump maneuvered to control the Arctic’s riches by offering to purchase Greenland from its former colonial overlord, Denmark. Though also a NATO member, Denmark’s government rejected Trump’s farcical offer. The Norwegian government, however, accepted Biden’s deployment.

While Norway’s capitalist government – Norway is part of the NATO military alliance – accepted the U.S. imposition of the bombers, the Red Party, a revolutionary socialist organization founded in Norway in 2007, objected in a televised debate between its spokesperson, Member of Parliament Bjoernar Moxnes, and Norway’s defense minister.

“Our main argument,” the Red Party wrote in an email to Workers World, “is that placing B-1 bombers here endangers the security of Norway, instead of strengthening it. It also violates this country’s policy not to allow foreign offensive weapons and troops to be placed in Norway for an extended period when not in wartime.

“The placement of B-1 bombers accelerates the process of making Norway a U.S. aircraft carrier in the Arctic region and destabilizes peace in our area. We have also criticized the former decisions to place armaments and U.S. soldiers permanent for longer periods on the soil of Norway.”