These excerpts were taken from the Jan. 14 webinar, “Workers Can Defeat Fascism & Racism,” sponsored by Workers World Party. To view the entire panel discussion, go to tinyurl.com/y25tapr2.

Like most people, I had been very much aware that this fascist rally was going to take place in Washington[, D.C.,] on Wednesday, the same day that the Congress was going to declare Biden the winner of the presidential election. Just by happenstance I turned on the TV at the moment when the storming of the Capitol steps happened. Along with many other activists, I have been at many demonstrations in Washington or at our own capitals or whatever. 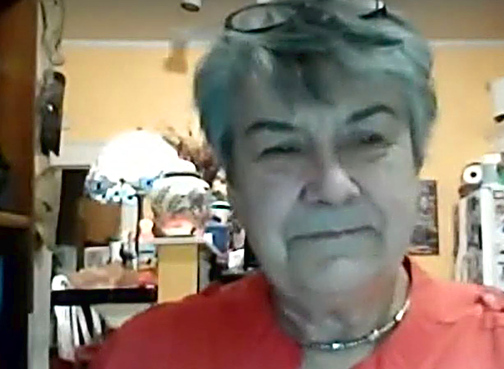 And even when we were only going to be a few hundred, if that, the place would be lined with cops. There would be helicopters overhead — there would be all this stuff. So I have to admit, when I saw how easy it was for this group to break windows, break into the Capitol and make it all the way to the Senate and House floors, I was taken aback. I was not surprised by the organization that was evident, because we’ve encountered that here in Georgia, in the past and not too long ago.

I do think that part of the intensity of some of these white supremacists was the fact that Georgia, which had been a very reliable, right-wing red state, had just elected not only the first Black senator but the first Jewish senator. And so that really got them, based on their anti-Semitism and racism. The elections of those two men, who had espoused kind of progressive views and had both participated in Black Lives Matter demonstrations, was not so much the result of the Democratic Party machinery here in Georgia. It was what I would describe as all of the mass organizations and communities that really just wanted to get rid of Trump and all his minions.

They both worked really hard in getting new registrations among youth, particularly of color, and worked hard with the women’s community and the migrant community. It was really an amazing effort at the grass roots. So I have no doubt that, besides the fact that Trump had lost, that these two other senators from Georgia are part of what made the fascists so angry.

We’ve seen this kind of violence here in the South. I’ve lived in the South for over 50 years. A lot of this is not surprising to see: armed, white, racist men rampaging.

We’re talking about how we need to develop the working class, to have the working class recognize its class obligation and its possibilities. One of the things I was thinking about–because I was in Buffalo for a number of years–was how the party mobilized there against the fascist, women-hating Operation Rescue. We have also organized demonstrations all across the country against racist elements, Ku Klux Klan, Nazis and other white supremacists.

We call things the Civil Rights Movement, the women’s movement or the immigrant rights movement. What we need to say is that every single one of those were workers’ movements against an issue. They were not necessarily recognizing their class identity, but that’s who it’s always been. Workers have always taken on the obligation, the charge, to fight against all forms of oppression and exploitation.

The challenge is how do we meld all those elements of the working class and have them realize that they’re a class that’s fighting together? In Atlanta, the [party] branch has been here since the early 1970s. And we’ve had the opportunity to actually chase, I’m talking physically chase, the Ku Klux Klan out of the city of Atlanta. I think it was 1989, when the thousands of largely youth literally chased them down the street even though there were over 1,000 cops protecting.

And it hasn’t just been here. Oftentimes our comrades have been asked to go to small towns in Georgia, Alabama, Tennessee or Mississippi to help the residents of a town that was being confronted by violent white supremacists. We have, in the party, brought thousands of people out in Boston against people who were opposing the right of Black children to go to school.

So we have seen exactly what we need to see on a national scale: That workers can come to a conclusion about how to organize and fight back against even the most violent armed groups — certainly during the history of what’s called the Civil Rights Movement or the Black Liberation struggle in the South. We can even talk about the Lumbee people in North Carolina who fought the Klan with guns, and that’s not the only instance of that. I say this because it can be daunting.

This for many people is a new experience, seeing this kind of organized, right-wing assault on anything. But it’s clearly something that our class is capable of combating, and that we as members of a communist party, as members of other organizations, have the capacity to help push forward to victory.