A crack house is dark. It is a place of sorrow and danger — a hell on Earth. People do not care about you. They would allow you to die alone if you overdose or have an adverse drug reaction. You have to be on guard at all times. You will eventually die if you don’t find a way to be liberated from the grip of drugs. Yet whether hidden or obvious, a crack house is out of view for people who do not suffer from addiction — substance use disorders. 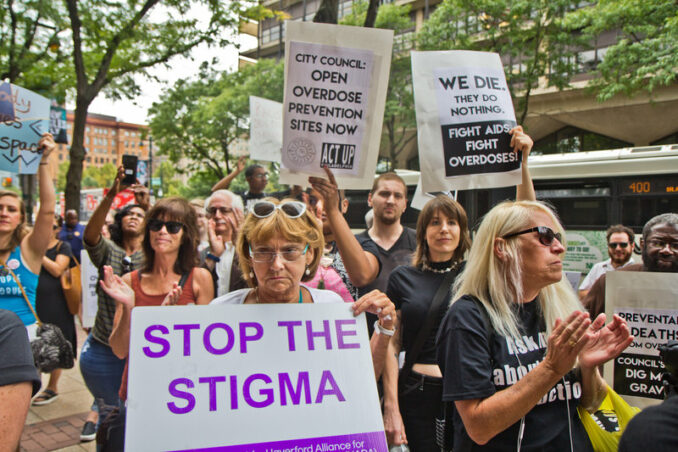 Compare that to a safe injection/consumption site. It is a supervised facility where people care about you; they want you to succeed in life and be safe in your use of drugs. Safe injection/consumption sites are fundamentally different from crack houses, despite the fact that both allow you to use drugs. One saves lives. The other is a public nuisance that endangers them.

In a safe injection site, you can get FDA-approved medications methadone (Methadose, Diskets) or buprenorphine (Suboxone, Subutex, Sublocade, Zubsolv, Bunavail). At a crack house you risk getting fentanyl and its analogues that will kill you.

Unfortunately, on Jan. 12 the U.S. Court of Appeals for the Third Circuit ruled against Safehouse, a safe injection/consumption site planned for Philadelphia, a city hit hard by the opioid epidemic. Justice Stephanos Bibas who voted against Safehouse holds reactionary and backward views on drug use, believing that addiction is a matter of choice and that the deaths from addiction are the result of these choices.

Safehouse organizers’ first effort to open up a safe injection/consumption site in South Philadelphia unfortunately failed. The building owner pulled out of the agreement because of pressure from racist neighbors who opposed the plan.  Despite plans being outlined to deal with security and potential drug-related litter, the opponents of the plan still opposed it. Some of these opponents were organizers of reactionary protests to save a Christopher Columbus statue in the area in 2020.

After the court ruled against Safehouse, U.S. Attorney General William McSwain said, “I’m pleased to report that the rule of law is still alive and well in Philadelphia . . . it is a federal crime to open a heroin injection site or ‘consumption room’ for illegal drug use. The Third Circuit’s opinion is a faithful reading of the statute’s plain language and is consistent with Congress’s intent to protect American neighborhoods from the scourge of concentrated drug use.”

Despite evidence that safe injection/consumption sites are a healthy and positive choice in a sea of bad options to react to the opioid epidemic, including doing nothing, McSwain doesn’t care whether or not it would save lives. Fortunately McSwain, a Trump appointee who targeted Black Lives Matter protesters for federal prosecution, resigned this week.

Philadelphia District Attorney Larry Krasner, who wants to review the ruling, said: “I want to remind my fellow government officials of the actual stakes at hand: Thousands of our neighbors and loved ones — children, parents, siblings, childhood friends — who needlessly lost their lives to tainted drugs or substance use disorder. Most, if not all of us, know and have cared for someone who has struggled with safe substance use and feel that pain. We also know that the War on Drugs has completely failed us as a nation. Whether it takes new policies, new statutes or a reconsideration of today’s decision on appeal, we as a nation will get there,” Krasner said. “We get to choose the future.”

The U.S. is falling behind in its dealing with opioid addiction. Canada, Portugal and other countries have opened safe injection/consumption sites, and their risks of overdose, HIV, hepatitis B and C have decreased among people who use drugs. The U.S. must change its stance if people are to survive the opioid epidemic. The good news is that Safehouse isn’t done. It will continue to fight.