The writer was the director of international relations in Venezuela’s presidential office and the country’s ambassador to Nicaragua. Currently, he is a guest professor at Shanghai University in China. This article was posted at sergioro07.blogspot.com on Nov. 13. Translation: Michael Otto. 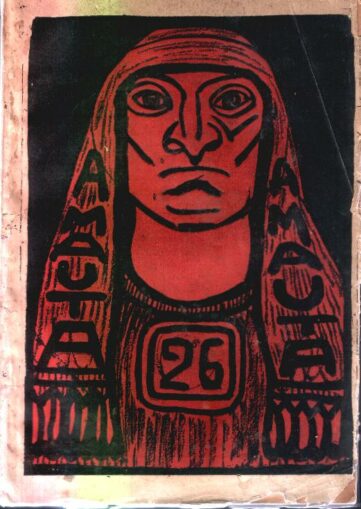 In his “Seven Essays on the Interpretation of Peruvian Reality,” José Carlos Mariátegui explains how the Spanish colonizers destroyed the “phenomenal production machine” of the Incas in Peru without being able to replace it. [The Inca empire created 25,000 miles of roads and stretched from the current borders of Colombia and Ecuador through Peru and Bolivia to northwest Argentina and Chile in the south.]

The Inca empire was characterized by the nationwide integration of agricultural and sedentary communes that enabled the whole population [of 10 million] to live with material well-being.

The Spanish dissolution of societal unity isolated scattered Indigenous communities, which was the beginning of the problem. This colonial exploitation of the mines of gold and silver and of the soil transformed an Indigenous socialist economy into one of a feudal character.

This empowered a viceroyalty [appointed by the Spanish monarchy] to super-enrich itself and to form a “military and ecclesiastical enterprise,” rather than a political and economic structure. That is the origin of the Peruvian political class, which in its first moment was made up of a tiny population of “viceroys, courtiers, adventurers, clergy, doctors and soldiers.”

According to Mariátegui, revered as the most extraordinary thinker in Peruvian history, the basis of that colonial economy still maintained such a [class] structure, although it had started its transition towards a bourgeois [capitalist] economy by 1928. That year he wrote his colossal “Seven Essays.”

Mariátegui said: “The problem lies in the very roots of this Peru, the fruit of the conquest. We are not a people that assimilates the ideas of the people of other nations, [without] infusing them with our feelings and environment, and thereby enriching them without deforming, the national spirit.” [Anti-colonialists] General José de San Martín and Simón Bolívar lived it themselves.

We are a nation in which Indigenous and conquistadors lived together without ever merging or understanding each other. The Republic identifies with the viceroyalty and even confesses it is what it feels itself to be. As with the viceroyalty, the Republic is the Peru of the colonizers, more than of the colonized. The sentiments of four-fifths of the population play almost no role in the formation of the nation and its institutions. After almost 100 years, this X-ray created through the record of the Amauta [a periodical started by Mariategui] remains intact.

Peruvian society of the [early] years of independence was chaotic. Anti-colonialists General José de San Martín, assisted by Bernardo de Monteagudo, tried — under pressure from the secret anti-colonial society to which he belonged — to give some order to the management of government. But a feudal structure was still present.

Used to its splendors and noble titles, that aristocratic parasitic class made organizing impossible and initiated a conspiracy from the very moment of San Martín’s arrival into Peru from Rio de la Plata. They even murdered Monteagudo, a cultured Black man whom they did not forgive for being intelligent, efficient, uncorrupt in his administration.

Neither did they imagine that San Martín would take such drastic measures as the expropriation of goods from the Spaniards and even expelling them from the national territory. The Peruvian oligarchic caste that emerged from independence sided with the Spanish and against the independence leader, San Martín, who came with an international army to give Peru a homeland and freedom.

The same thing happened to Simón Bolívar. After the installation of the new Congress and San Martin’s resignation in September 1822, Peru’s new government was unable to resist the Spanish attack that sought to regain power. Under those urgent circumstances, on several occasions, the support of the pro-independence forces in Colombia and the presence of Liberator Bolívar himself were needed to save the situation and to lead the war of independence.

In January 1823, a critical horizon was looming. In March of that year, Bolívar decided to send a large military contingent under the command of General Antonio José de Sucre, who had absolute powers to try to resolve the conflict that emerged from the division among the Peruvians and the dual power that emanated from it. Sucre’s task was difficult. Despite offering his services to General Andrés de Santa Cruz, a Bolivian in the service of Peru, it was impossible to organize an army to contain the Spaniards, due to Santa Cruz’s military incompetence and excessive political ambition.

Bolívar arrived in Peru on Sept. 1, 1823. On Sept. 11, Congress gave him the supreme command and leadership of the war, which awakened the anger of the Peruvian General José de la Riva Agüero, who was bankrolled by Lima’s merchants to act separately from the forces commanded by Bolívar. Bolívar’s troops were under the command of President Torre Tagle.

Riva Agüero had a secret understanding with the Spanish to try to dissolve the new Congress and destroy Bolívar. This constituted a betrayal that would continue contributing to a practice that became traditional in the evolution of the Peruvian oligarchy. It was Peru’s good luck that this betrayal was discovered, denounced and dismantled by the patriotic Colonel Antonio Gutiérrez de la Fuente.

More than 100 years passed until Oct. 3, 1968, when a nationalist and progressive sector of the armed forces decided to overthrow the dysfunctional government of Fernando Belaunde Terry.

Under the command of General Juan Velasco Alvarado, a process of rescuing dignity and national heritage began, directly affecting U.S. transnational companies that campaigned for privileges in Peru.

At the same time, extensive agrarian reform was implemented under the control of peasant cooperatives and agricultural societies of social interest. These reforms opened a true revolution in the countryside. The civic-military government decreed Quechua [the Inca language] as the official language and expropriated agro-industrial and mining complexes and big monopolies that assisted in shaping a powerful state economy that could serve the people.

On May 1, 1974, the Peruvian popular process took a leap forward when General Juan Velasco Alvarado announced new measures to benefit the workers and the people. But, in the first months of 1975, he became seriously ill, creating the conditions for a new betrayal. Then, sectors of the armed forces led by General Francisco Morales Bermúdez colluded with the oligarchy, the U.S. Embassy and the international financial organizations to carry out a “soft” coup d’état.

These forces systematically eliminated all the social advances achieved in the previous seven years. Agrarian reform was paralyzed. The governmental structures that supported the reforms were dissolved. Popular organizations were persecuted and repressed. Many businesses were reprivatized, and companies eliminated the unions. By 1978, once again, the betrayal had been consummated.

In 1985, at the hands of a young politician named Alan García, the American Popular Revolutionary Alliance (APRA), which was founded 60 years earlier by Víctor Raúl Haya de la Torre, came to power for the first time. Garcia’s government implemented a series of popular measures under the slogan “Aprismo is Latin American socialism.”

The APRA government set out to regain control over oil production and expropriate the banks. In addition, it introduced the novel measure of reducing payment of the foreign debt to 10% of the value of the exports.

However, the government’s inability to generate a real and profound transformation of society with popular participation, as well as the exhaustion of financial resources, the increase in terrorist action by Sendero Luminoso and the elites’ repulsion for the popular measures, were diminishing popular support.

The Peruvian people once again felt betrayed, opening the way for two demonstrations by the extreme right wing which sought to regain power. These forces had President Alberto Fujimori and the reactionary intellectual Mario Vargas Llosa as leaders of a regression that began in 1990. The country still has not been able to extricate itself from it.

Thus began a process that lasted during the rule of six successive presidents: Fujimori, Alejandro Toledo, Alan García, Ollanta Humala, Pedro Pablo Kuczynski and Martín Vizcarra, who were taken from the Casa de Pizarro to be judged and/or imprisoned later (except for Valentín Paniagua and also Garcia, who committed suicide as a last resort). This scenario had two common characteristics: a corrupt management and governance so much at odds with their campaign platforms as to constitute a betrayal of the mandate and the feeling and will of the people. It is the cursed fate of the Peruvian oligarchy.

Parenthetically, the name of the Peruvian presidential palace, Casa de Pizarro, is noteworthy in that it evokes and honors Francisco Pizarro, the brutal conqueror who betrayed [the last] Inca [leader] Atahualpa, brutally murdering him and tens of thousands of Indigenous people. Pizarro’s brother, Hernando, in turn, betrayed his partner, Diego de Almagro. All of this inaugurated a lineage that likely still exists in the rancid Lima oligarchy.

Who can then be surprised by what has just happened in the country? In reality, two rotten sections of the elite have clashed in the search for the power, which allows them to continue defending their interests with impunity. Corruption, deception and marginalization of the people — omitting them from decision-making — is, of course, all done in the name of democracy and freedom.

It is also worth mentioning the unflattering environment that the so-called “Lima Group” created in that city in its attempt to overthrow Venezuelan President Nicolás Maduro, who remains in office. Meanwhile, two Peruvian presidents have been pushed aside for their corruption, and a third, who is barely hanging on.