Trump attorney Rudy Giuliani took his road show — aimed at disenfranchising Black voters — to the Michigan State Legislature’s House Oversight Committee on Dec. 2. At that hearing an African-American member of the committee, Rep. Cynthia A. Johnson of Detroit, raised a point of order asking why the chair was “allowing people to come in and lie.” Rather than address Johnson’s courageous challenge, Republican Chair Matt Hall ruled her out of order. 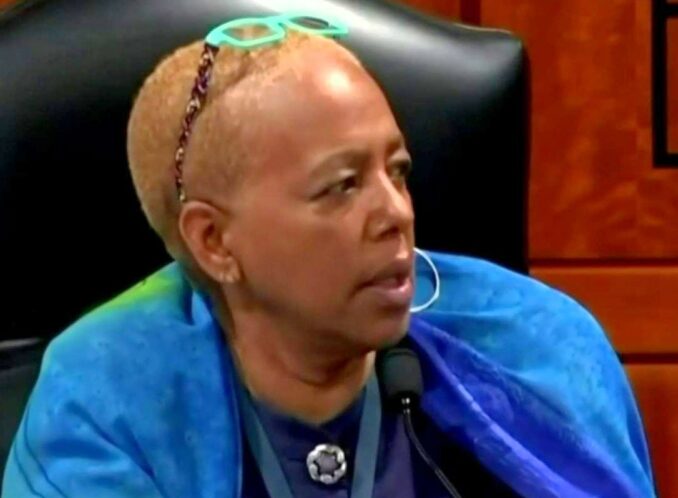 Rep. Johnson is a Detroit community activist first elected to the State House last year. She says that since the hearing she has received “thousands” of calls that include death threats and despicable slurs. Speaking on CNN, she compared the racist and misogynistic abuse to domestic violence, but said she is not afraid of the “cowards” who sent anonymous messages.

In a video posted on social media, Johnson defied the bigots. “This is just a warning to you Trumpers: Be careful. Walk lightly. We ain’t playing with you. Enough of the shenanigans. Enough is enough,” she said. “And for those of you who are soldiers, you know how to do it. Do it right. Be in order. Make them pay.”

Johnson’s righteous response drew the ire of Michigan House Speaker Lee Chatfield, who removed her from all committee assignments, including the Oversight Committee and Families, Children and Seniors Committee. Chatfield said he was “looking into further disciplinary action as the proper authorities conduct their own investigations.” In a Dec. 9 statement he said, “We have been consistent in our position on this — violence and intimidation is never appropriate in politics.”

The exception is the Michigan Legislative Black Caucus, which issued a statement demanding Speaker Chatfield “apologize and reinstate Representative Cynthia A. Johnson to her committee assignments immediately.” Now even Gov.Whitmer is saying Chatfield went too far in removing Johnson from her committees.

Johnson’s activism did not begin with her election to office. In 2015, for example, she organized “Light Walks.” Held at night, the weekly walks continued for months until finally the city installed working street lights in the Dexter/Waverly area of Detroit. (Workers World, Sept. 3, 2015)

Unlike the Democratic establishment, Detroit community organizations have denounced the attacks on Rep. Johnson. Michigan United issued a statement of support, saying, “Rather than continue this futile effort to silence Black voices, lawmakers should instead unite to confront our common enemy, the virus.”

Detroit Action stated: “The call for civility from the Michigan Democratic Party is woefully insufficient as it fails to adequately support Rep. Johnson, fails to address how Rep. Johnson’s treatment is steeped in misogynoir, and fails to address the actual pain that representatives of color are dealing with when faced with actual death threats.”

The Moratorium Now! Coalition is holding an “All out — Support Cynthia Johnson” demonstration outside Rep. Johnson’s home on Dec. 16.

Racist attacks on legislators of color, along with racist voter suppression, serve to bolster national oppression, settler colonialism and capitalist exploitation. These attacks must be challenged at every turn.