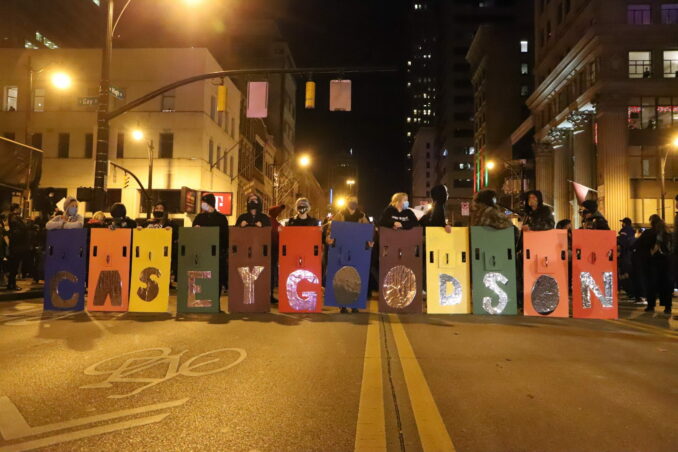 Franklin County Sheriff’s Deputy Michael Jason Meade killed Casey “Tank” Goodson Jr. in his family’s Columbus, Ohio, home on Dec. 4. According to family eyewitnesses, Goodson “literally walked across the yard, walked into the back fence to get to the side door, had his Subway [sandwich] and mask in one hand [and] keys in the other, unlocked and opened the door and stepped in the house” – and then was shot. The family dispute claims by the sheriff’s department that Goodson pointed a gun at Meade. (Black Queer Intersectional Collective of Ohio facebook)

Goodson’s gun was licensed and he had a concealed carry weapon permit. He was legally armed when Meade killed him. He had no criminal record and was not even the person sheriff’s deputies were looking for. The murder of the 23-year-old Goodson has sparked mass anger.

Hundreds attended a rally on Dec. 12 co-sponsored by Black Queer Intersectional Collective (BQIC) of Ohio, People’s Justice Project, Black Abolitionist Collective of Ohio and the Central Ohio Freedom Fund. Speakers included Goodson’s siblings, uncle and mother, who all spoke lovingly of “Tank.” Goodson’s sixth-grade teacher, with whom he reconnected as an adult, gave remarks, along with Pastor Mike Young and speakers for sponsoring groups. The family attorney, Sean Walton Jr., spoke on many issues raised by the case, including the right of Black people to bear arms.

There had also been a rally the previous evening called by Black Liberation Movement Central Ohio and Deescalate Ohio Now! Heartbeat Movement. 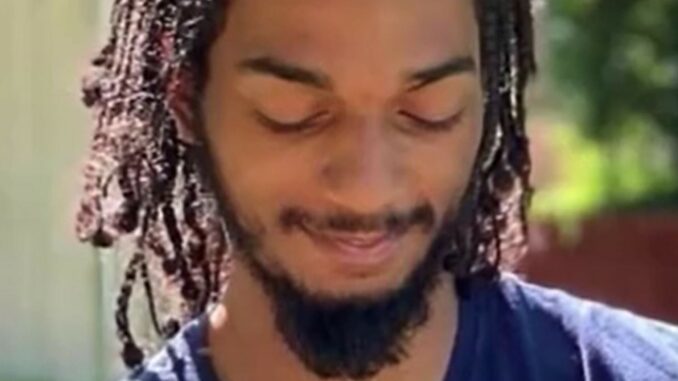 No charges in homicide

Goodson’s family has made eight demands: the immediate termination, arrest and indictment of Michael Jason Meade for the murder of Casey Goodson Jr; revocation of Jason Meade’s pension; transparency in the investigation and release of all video and audio recordings; immediate release of evidence to Casey’s mother, Tamala Payne; Franklin County Sheriff’s Department cover the funeral expenses of Casey Goodson Jr.; the firing of Columbus Police Chief Thomas Quinlan for negligence in failing to contact the Ohio Bureau of Criminal Investigation in a timely manner; commitment from Franklin County Commissioners to divest from Franklin County Sheriff’s Department; and commitment from the Columbus City Council to divest from Columbus Police Department. (BQIC facebook)

According to BQIC, “the investigation has been terrible from the beginning, with Columbus Police intentionally not calling in the correct people to process a police brutality incident.” The state Bureau of Criminal Investigation then declined to take the case. The investigation is now in the hands of the FBI and the U.S. Department of Justice.

The Franklin County coroner ruled the cause of death as homicide. There were “multiple gunshot wounds to the torso.”

Since the shooting, it has come to light that Meade is a right-wing pastor who manages to find Biblical “justification” for police brutality. These views, voiced in a 2018 sermon and in his interview for his current job the same year, apparently did not raise any red flags with the sheriff’s office.

Columbus police are known for excessive use of force, including against demonstrators protesting the lynching of George Floyd. The rally crowd held up the names of Henry Green, Julius Tate Jr., Tyree King, and others killed in recent years by Columbus police and around the state.

At the protest, people chanted “Lock up Jason Meade!” and “Justice for Casey Goodson!” A march followed the rally. Solidarity demonstrations were held in other cities.