It’s December 2020. The working class in the United States is facing a crisis of survival. It is the worst such crisis since the Great Depression, especially for the most oppressed.

The statistics are damning: One in six households face hunger; one in five workers are out of work; some 30 million renters and homeowners face homelessness in the coming winter months. The COVID death toll will hit 300,000 any day now. The virus is now the leading cause of death in the U.S., passing heart disease and cancer. Hospitals are unable to cope with the surge in COVID cases. 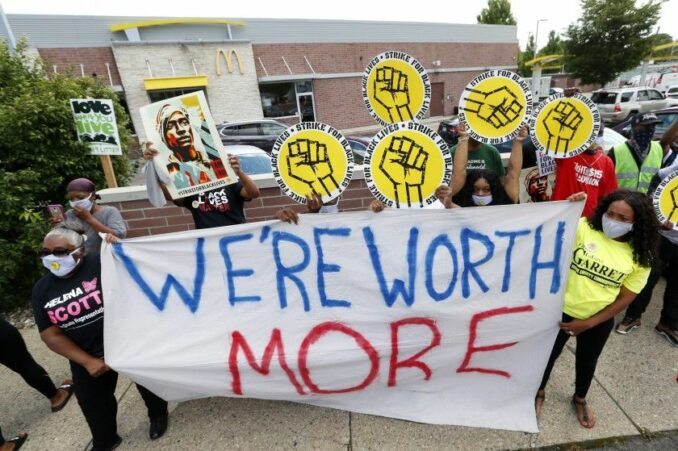 There could likely be half a million deaths before vaccines are widely available — more than double the 200,000 projected as a worst case scenario at the start of the pandemic.

The parallel economic and public health disasters feed each other. Hunger, houselessness and loss of job-based health insurance all increase the risk of contracting COVID-19, developing serious and even life-threatening symptoms and being unable to access medical treatment. On the flip side, being exposed to COVID-19 and needing time off work can cost a worker their job.

In reaction to this crisis, some Democrats and Republicans in the House and Senate along with President-elect Joe Biden hope to pass a bipartisan, $908 billion, “something is better than nothing” bill. “Without the money,” according to the Dec. 4 New York Times, “many families could go hungry, become homeless and face other hardships.” Ten million people will run out of unemployment benefits by year’s end and could, along with others, lose housing when the eviction moratorium expires Dec. 31.

A lot of the particulars of the bill are still vague, but there are obvious problems with it. There’s no repeat $1200 “stimulus check” in it. Unemployment benefits still expire after 39 weeks. This bill just keeps the 26 weeks of regular benefits and the 13-week extension going and funds an additional $300 per week (not $600) after Dec. 31, for those who remain eligible at that time. It allots an inadequate $25 billion for rental assistance.

Undocumented workers and their families cannot even access these benefits, nor others like food stamps and Medicaid. There has always been an epidemic of hunger, homelessness and inadequate medical care in communities of color — and it is getting worse.

But now the emergency is broader. The whole working class is being pauperized.

A mass vaccination program has the potential to put the scourge of COVID — and its devastating economic fallout — behind us. But the pitiful $16 billion in the rescue bill for vaccine distribution will protect few people in the U.S., let alone the rest of the world.

We’re told that frontline health care workers, who interface with COVID patients all day long, will be first in line to be vaccinated. Next will be the most vulnerable: people over 65 and those whose medical conditions put them at greater risk. After them other “essential” workers in supermarkets, agriculture, education, etc. will get the shots.

Eventually everyone will supposedly be vaccinated.

But that scenario raises more questions than it answers. Is the shot free to anyone? If not, how much will it cost? What about the millions of uninsured?

Do the rich have to wait their turn like everyone else? Or will 36-year-old Mark Zuckerberg, most definitely not a frontline worker, get vaccinated before the elderly? And will Jeff Bezos wait in line behind low-wage essential workers at his Amazon-owned Whole Foods?

Capitalism, where everything including health care is a commodity to be sold on the market for profit, is the biggest obstacle to a mass, global vaccination campaign. The capitalists of each country compete with each other, impeding global cooperation to defeat the pandemic. Big Pharma corporations, including Pfizer and Moderna, are battling it out to make a vaccine at the lowest possible cost, in order to maximize their own profits.

Wherever human needs take a back seat to the bottom line, the masses suffer. Big Pharma’s drive to maximize profit, combined with the legacy of racist medical experimentation on Black and brown communities, have engendered distrust around taking the vaccine. Transparency around side effects is lacking.

Will the Trumpite anti-maskers also be the loudest anti-vaxxers, further endangering their communities with their super-spreading defiance? 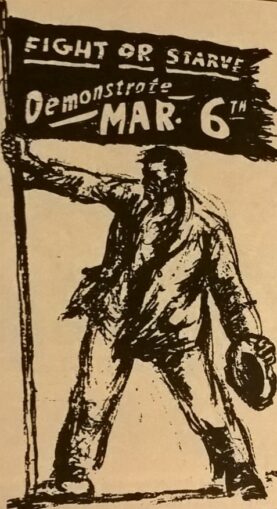 When the Great Depression hit in the 1930s, there was no social safety net. Social Security, unemployment insurance, food stamps and a range of government assistance programs were nonexistent.

From the veterans’ Bonus March to the Ford Hunger March to numerous eviction defense actions, it was the class struggle that won these benefits. The New Deal programs weren’t a gift bestowed upon the suffering masses by President Franklin Delano Roosevelt. They were, as FDR himself explained, “riot insurance.”

When the masses got tired of waiting in long food lines — which we are sadly seeing again — or just going without, they organized around the slogan: “Fight or starve!” Many demonstrations were organized by the Communist Party USA.

After spending the better part of 2020 enduring this pandemic depression, after watching our loved ones get sick and die of COVID, the working class is again in a desperate situation, one magnified by the fascist threat posed by the growth of white supremacy. State-sanctioned police terror and the growth of extralegal paramilitary formations like the Proud Boys are two sides of the same coin.

We must demand: Medicine for people — all the people — not for profit! Money for health care, not warfare! Food, housing and jobs are basic human rights! Smash white supremacy and bigotry!