Originally scheduled to take place in New York City this March, but canceled due to the pandemic, the Palestine Writes Literature Festival aired as a virtual event on Dec. 2-6.  The event brought together writers, artists, publishers, booksellers, activists and scholars for conversations about art, literature and the intersection between culture, solidarity and political struggle. 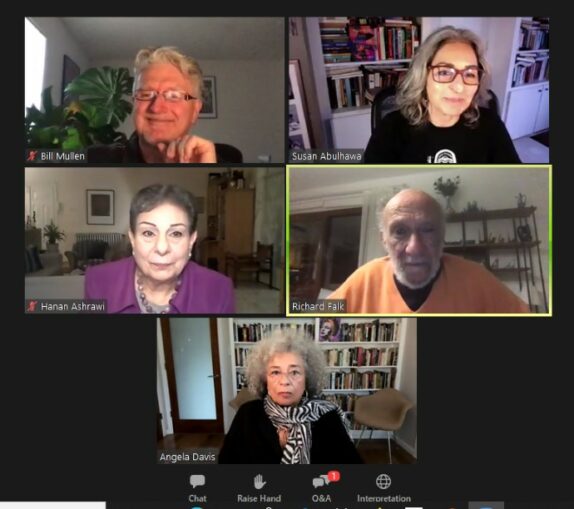 The five-day event featured over 100 diverse panelists and presenters in over 55 panels, workshops, children’s programs, cooking and craft demonstrations, and music and film events.  The creative, interactive, cutting-edge virtual platform also offered the chance to browse bookstores and buy Palestinian olive oil, T-shirts, cookbooks, artwork and more. The virtual building was located in Jerusalem with meeting halls in Nazareth, Haifa and Jericho.

A common thread throughout the event was the love of literature and support of justice for Palestine. The festival also highlighted the richness of Palestinian art and literature for those who have not had the opportunity to experience this, due to the severe restrictions on the movement and organizing of Palestinians by the Zionist state of Israel, and the censorship and repression of Palestinian speech in the U.S.

Organizers report that more than 3,000 people from over 75 countries registered to attend. Panels and other events featured during the festival will be available to watch by clicking on a specific event in the program listed at palestinewrites.org/.

For all who had the privilege of listening to any of its many conversations, Palestine Writes resounded as a labor of love and resistance. Kudos to key organizers, Workers World Party member Susan Abulhawa and Bill Mullens, as well as to their incredible support staff, including a team of expert translators.

Workers World will feature talks by some Palestine Writes participants in future issues.