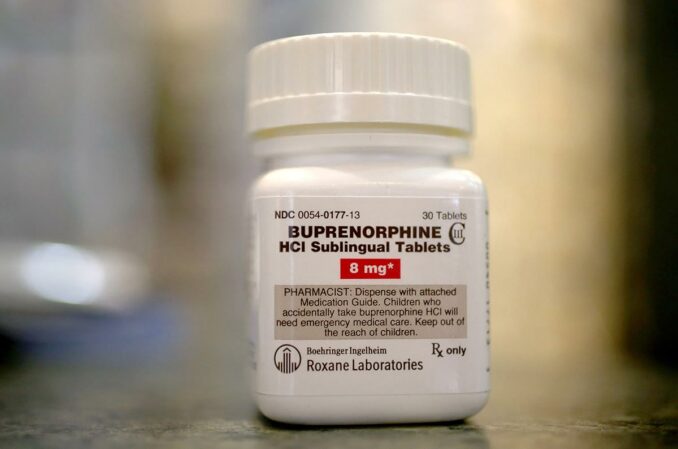 Prisons, which serve the purposes of the capitalist bourgeoisie, are filled to the brim with people who suffer from addiction and other substance use disorders.

Among them are opioid users. The gold-standard treatments for opioid use disorders (opioid addictions) are methadone (Diskets, Methadose) and buprenorphine (Suboxone, Subutex, Sublocade, Zubsolv, Bunavail). There is a third drug used to treat opioid addiction — naltrexone (ReVia, Vivitrol), but it’s not a successful treatment in many cases and can cause fatal overdoses.

Since prisons do not rehabilitate people — definitely not in the cases of drug addicts — outside sources are needed to treat them. Many of these people, when they lived on the outside, were already on methadone and buprenorphine. They were already on maintenance, with their disease pacified. Despite that, and despite the best interests of society, methadone and buprenorphine are not distributed in many prison or jail facilities.

Statistics show that in prisons where methadone maintenance is used, incarcerated workers have great outcomes. They do not repeat offend; they do not overdose (fatally or nonfatally); they stick to the program in a structured way; and they do not suffer adverse reactions to illicit opioids like fentanyl (or its analogues acetylfentanyl, butyrfentanyl, carfentanil).

A success rate of 50% might seem troubling, but compare that to abstinence-only methods that only have 5% to 10% “success” rates.

Of the thousands of jails and prisons in the U.S., only a handful offer evidence-based medication-assisted treatment. Most recently, the state of Rhode Island started to offer methadone and buprenorphine-based treatment. The drop in post-release overdoses was a 12% decrease in the state’s overdose statistics!

In other states, such as Kansas, Maine, Massachusetts and Washington, it took lawsuits on behalf of prisoners in order for them to gain access to methadone and buprenorphine. On the regional level, Philadelphia and Camden, N.J., both initiate and maintain patients on buprenorphine and methadone.

A 2015 study in England showed that patients who only received therapy or counseling for their addictions were far more likely to die of an overdose than patients who were maintained on methadone and buprenorphine. According to “Maintenance Medication for Opiate Addiction: The Foundation of Recovery,” over 80% of patients who received only behavioral health interventions returned to using, in turn risking fatal and nonfatal overdose. (tinyurl.com/y55ogtbu)

Many prisons and jails across the U.S. are withholding important, lifesaving medications from people who need them, not caring that methadone and buprenorphine both save lives and reduce the possibility of recidivism.

But prisons in the U.S. are based on punishment and capitalism, so anything that might hurt that bottom line is cruelly ignored. People on the outside who seek to be allies to people in, or seeking recovery from, drug addiction should push prison authorities into allowing the therapies.