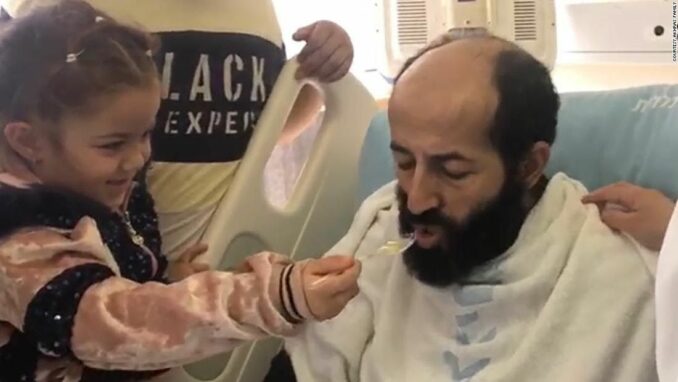 Palestinian political prisoner Maher al-Akhras was released from Israeli prison Nov. 26. He had staged a hunger strike for 103 days in protest of his arrest and incarceration. He was held by occupation forces under “administrative detention” and was never charged with a crime. Akhras, who was transferred to a hospital in Nablus, said, “My freedom is the freedom of my people, and we have won over the occupation with our will and determination.” He is pictured here being fed a spoonful of food by his daughter Tuqa.