Even as #45 continues to bring lawsuits in a desperate attempt to reverse the vote that should eject him from the White House on Jan. 20, the government office controlling expenses released funds allowing President-elect Joe Biden to appoint staff and nominate officials. 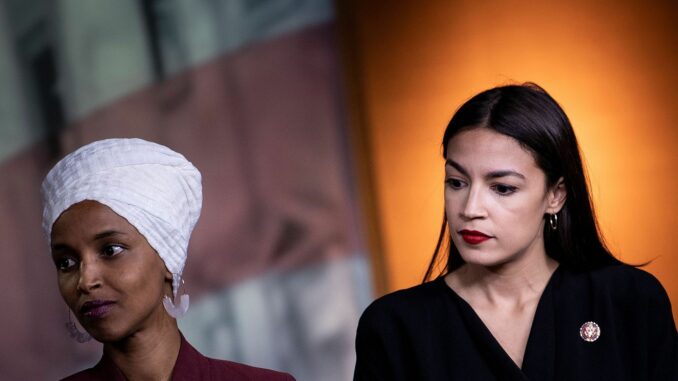 Biden’s earliest nominees and first appointments brought few surprises to anyone who has followed his career or listened to his campaign speeches. The records of the cabinet nominees, for example, show that the new administration will attempt to restore the pre-2016 role of U.S. imperialism. Since the decline of U.S. world hegemony has accelerated, they are not likely to succeed.

It’s true that the Biden/Harris “team” will look more diverse than #45’s gang.

The nominations point to a continuation of Obama administration policies on domestic questions, which were pro-business and anti-immigrant – except for the DACA program.

Biden’s foreign policy indicates a renewed attempt to include Washington’s imperialist allies in its plans to maintain control of the world’s resources and the exploitation of workers worldwide. While more consistent than Trump’s policies, the new administration’s goals will be to reconquer areas of the world that had wrested some sovereignty from imperialism during the period from about 1945 to 1991, when the Soviet Union existed.

Biden himself, first as a senator from Delaware and later as vice president, supported the wars against Yugoslavia, Afghanistan and Iraq, which is why his cabinet appointments should be no surprise.

Biden has nominated Antony Blinken, his longtime aide in the Senate, as secretary of state. According to Politico (Nov. 29), “In his roles in the NSC [National Security Council] under Obama and as deputy secretary of state, Blinken advocated for more robust U.S. involvement in the Syria conflict, and notably broke with his boss, Biden, to support the armed intervention in Libya. He was also a close aide to Biden when the then-senator supported the U.S. invasion of Iraq in 2003.”

Politico says Blinken is a fierce believer in the transatlantic alliance and considers  U.S. leadership in multilateral institutions essential. In 2016 Blinken said, “Put simply, the world is safer for the American people when we have friends, partners and allies.” Translating diplomat-talk into straight talk, this means U.S. imperialism has lost its former predominant position and needs to share some of the pillage with other imperialist powers if it wants to keep the rest of the world subdued.

Blinken called Europe “a vital partner” and has dismissed the Trump administration’s plans to remove U.S. troops from Germany, especially because “it weakens NATO, it helps Vladimir Putin, and it harms Germany, our most important ally in Europe.” In other words, he thinks if the U.S. dismisses and disrespects German imperialism, it might push the German government into making deals with Russia.

Biden named Avril Haines, a former deputy director of the CIA, as director of national intelligence (DNI). A recent article by CNN national security analyst Samantha Vinograd described Haines as a reliable expert who wants to “depoliticize intelligence.”  This is in reaction to Trump’s dismissal of intelligence that doesn’t support his choices and his appointment of cronies to top positions in the spy agencies.

According to the Nov. 23 New York Times, Haines was “the architect of the Obama administration’s program targeting terrorists with drones, some of which killed civilians.” The Times described her as having lots of experience working with covert programs. Haines also strongly supported Trump’s CIA director, Gina Haspel, who carried out and justified torturing prisoners during interrogation.

Revolving doors of the MIC

The Trump administration is notorious for using its role running the U.S. to enhance its business opportunities. Democratic Party officials have found a way to gain some of the same advantages in a slightly different way.

Blinken was one of the founders of WestExec in 2017, along with Michèle A. Flournoy, who is on Biden’s short list for secretary of defense. WestExec’s website offers “unique geopolitical and policy expertise” to companies seeking to navigate “external factors and relationships that affect businesses” in Washington and around the world. (New York Times Nov. 28.)

Haines also has worked as a consultant for WestExec, as do other possible appointees being considered by the Biden administration. One of the companies WestExec had as a client, Shield AI, makes surveillance drones. The same Times article reports on this “revolving door” connecting government appointees with the military-industrial complex.

Some of the more progressive elements in the Democratic Party are already raising opposition to these appointments from WestExec. Also, Reps. Alexandria Ocasio-Cortez and Ilhan Omar have signed a petition calling on Biden not to appoint an old crony, Bruce Reed, to head the the Office of Management and Budget (OMB). Under Obama, Reed led demands for cuts in Social Security and Medicare.

Another questionable nominee is Alejandro Mayorkas, whom Biden has chosen to head the Department of Homeland Security. This nomination caused a stir in the media, which emphasized Mayorkas’s background as a Latinx immigrant who came to the U.S. as a young child and grew up in Los Angeles.

Mayorkas’s Romanian mother took refuge in Cuba soon after World War II. Talking of his father, the owner of a steel wool factory who left Cuba with his family in 1960, “He did not want to raise the family in a communist country. He believed in democracy, and he understood the perils and the challenges of living otherwise.” (Los Angeles Times, Nov. 23)

While Mayorkas is expect to play a “centrist” role in the NSA, that statement positions him as a strong anti-communist.

Biden also nominated former chair of the Federal Reserve Janet Yellen to be secretary of the treasury. Yellen is known to be a “financial hawk” – someone ready at any time to cut social benefits.

Many of the other appointees to staff positions that don’t need congressional approval worked in government under the Clinton, Bush or Obama administrations. So far, anyone from the left has been frozen out.