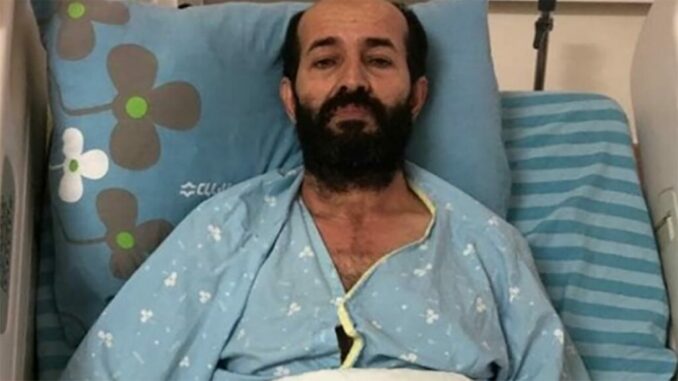 The International Association of Democratic Lawyers, in a resolution released late last month, called for the immediate release of Maher al-Akhras, a Palestinian man imprisoned by Israeli occupation. Detained without charges under the notorious “administrative detention” policy, al-Akhras has been staging a hunger strike for almost 100 days.

Formed in 1946, two years before the creation of the so-called state of Israel, the IADL is a coalition of lawyers who consult with UNESCO with the stated mission of upholding international law and human rights. Released Oct. 25, the resolution identifies Israel as an “occupying power” that does not have the right to defend itself from Palestinians. (tinyurl.com/y5892gma) It calls for the release of all Palestinian prisoners as well as eight other demands:

As WW reported Oct. 26, in putting his life on the line for the Palestinian struggle against colonial oppression, al-Akhras has shown immense courage, dedication and selflessness. His case further highlights both the resolve of Palestinians to be free in their own homeland and the extreme cruelty of Zionist occupiers who continue to rob Palestinians of their land and their freedom. His sacrifice is a beacon of hope for all those fighting for a free Palestine.