Former National Football League player Colin Kaepernick made history in August 2016 when, during the playing of the national anthem, he refused to stand, in order to protest brutal police killings of Black people across the U.S. Kaepernick, then a 28-year-old quarterback with the San Francisco 49ers, had led his team to the Super Bowl in 2013. 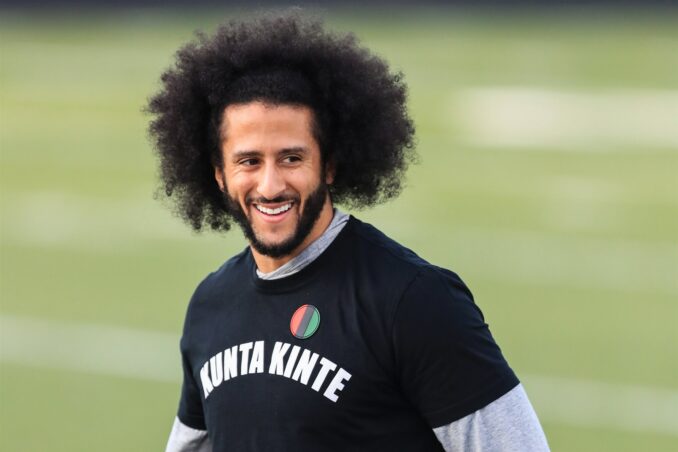 Kaepernick’s bold action became an inspiration for other athletes to follow, one that continues today. It also drew the wrath of NFL team owners, who to this day have collectively refused to rehire the talented free agent.  However, Kaepernick’s voice could not be silenced.

Kaepernick published an essay on Oct. 6 entitled “The Demand for Abolition,” which called for the abolition of police and prison systems.  This article launched a new four-week series called “Abolition for the People – the Movement for a Future Without Policing and Prisons.” The project was created in partnership with Kaepernick Publishing and the Medium publication LEVEL, which builds on traditions of organizing for Black freedom.

The “Abolition for the People” website states that the project “will publish 30 stories from organizers, political prisoners, scholars, and advocates — all of which point to the crucial conclusion that policing and prisons do not serve as catch-all solutions for the issues and people the state deems social problems.”

The article continues: “Not only do police and prisons fail to make us safer, but reform has only strengthened their most toxic ingrained practices. The only answer is abolition, a full dismantling of the carceral state and the institutions that support it.” (tinyurl.com/y3vvz4rm)

The inclusion of Abu-Jamal’s writing in this project comes at a critical time. His current legal appeal, initially filed in 2016, has been bogged down since Feb. 24,   when the Pennsylvania Supreme Court accepted a “King’s Bench” petition, initiated by the Fraternal Order of Police, requesting a change of venue in the case.

Issues of police brutality and the power exerted by police organizations like the Philadelphia FOP over the U.S. judicial system are central to Abu-Jamal’s case. The fight to win his release continues after nearly 39 years of unjust incarceration.

Abolish the police and prisons!

In his essay, Kaepernick writes: “It’s been four years since I first protested during ‘The Star-Spangled Banner.’ At the time, my protest was tethered to my understanding that something was not right. … Unconsciously, my critique of police terrorism was fastened to a reformist framework. My want for accountability focused on the cops receiving convictions and punishment, not acquittals and paid vacations. But I had missed the larger picture.”

The essay continues: “Ultimately, I realized that seeking reform would make me an active participant in reforming, reshaping, and rebranding institutional white supremacy, oppression, and death. This constant re-interrogation of my own analysis has been part of my political evolution. … Reform, at its core, preserves, enhances, and further entrenches policing and prisons into the United States’ social order. Abolition is the only way to secure a future beyond anti-Black institutions of social control, violence, and premature death.”