On Oct. 8, the Rochester [N.Y.] Labor Council passed a resolution supporting a general strike if Trump refuses to leave office after a November election defeat. Council President Dan Maloney is also president of United Auto Workers Local 1097, which, after a six-week strike, overwhelmingly rejected the 2019 concessionary contract with General Motors. The roots of the Rochester Labor Council go back to 1855. The current resolution has encouraged widespread discussion and additional labor resolutions on the need to “Shut it down” if Trump attempts a coup. 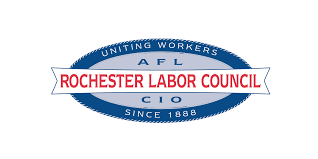 Whereas, the Rochester Labor Council, AFL-CIO is committed to the defense of democratic rights and the institutions of democracy regardless of party affiliations in our nation;

Whereas, the current President of the United States of America, Donald Trump, and Vice-President Mike Pence, have consistently refused to state publicly that [they] will respect the outcomes of the election and, in the case of [a Presidential Election] loss, concede the office of President;

Whereas, numerous public officials, including the President, have begun a concerted campaign of dismantling of key infrastructure, such as the U.S. Postal Service, [and] engaged in clear acts of voter suppression and misinformation designed to sow mistrust in the integrity of our national elections;

Whereas, the U.S. Constitution requires voting results and Electoral College tallies to be completed and submitted to Congress by the first Tuesday after the second Monday in December, and the new 2021 Congress to validate the results, we demand the Constitution be followed, requiring voters and not the courts, to determine election results;

Whereas, the President has failed, on multiple occasions, to denounce the activities of white supremacist and fascist militias and organizations that have stated desires to overthrow American democracy;

Whereas, a climate of political polarization has weakened the framework of democratic institutions in our nation, resulting in a diminished system of checks and balances to stand against the potential rise of a tyrant Dictator;

Whereas, the Labor Movement and trade unions have played a proud and vital role in protecting democracy and opposing authoritarianism in many nations throughout the world;

Whereas, the extreme risk currently posed to the historic institutions of democracy in our nation may require more widespread and vigorous resistance than at any time in recent history;

Whereas, the most powerful tool of the Labor Movement in our history has been the power of the General Strike;

Whereas, united working people refusing to work across the nation have a greater power than any political machinations of aspiring despots;

Therefore, now be it resolved that the Rochester Labor Council, AFL-CIO stands firmly in opposition to any effort to subvert, distort, misrepresent or disregard the final outcome of the 2020 Presidential elections;

Therefore, be it finally resolved that the Rochester Labor Council, AFL-CIO calls on the National AFL-CIO, all of its affiliate unions, and all other labor organizations in the United States of America to prepare for and enact a general strike of all working people, if necessary, to ensure a Constitutionally mandated peaceful transition of power as a result of the 2020 Presidential Elections.