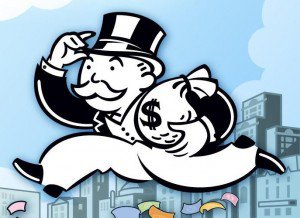 You hear it over and over again. We live in the “land of opportunity,” where hard work rewards those who apply themselves.

What, you don’t believe that? You’re right, it’s a myth. And the figures prove it.

It’s not hard work that makes you rich — it’s being rich in the first place that makes someone even richer.

North American households led the world last year in growth of financial assets: almost 12 percent. But that’s just an average. Did you get any of that extra money? As it turns out, almost all that growth in wealth went to those already well-heeled. In fact, the U.S. is actually the most unequal of all the developed countries in wealth distribution. (Allianz Global Wealth Report 2020, “Year of the Rich”)

And this was before the COVID-19 epidemic hit, which has made things even worse for the working class, with massive shutdowns and layoffs.

What the Wealth Report didn’t say, but should be obvious, is that racism is a huge contributing factor to inequality in the U.S., with its horrific history of slavery. The brutal crimes of the state against people of color reinforce inequality, which is deliberately used to keep workers from uniting nd fighting more effectively in their own interests.

The moral of this story: The struggle against racism is an indispensable part of the struggle of all workers to take back the mind-boggling wealth that is stolen from us by the bosses every day.