During a Sept. 18 “Free Palestine” webinar, Palestinian writers and activists Susan Abulhawa and Khaled Barakat were asked to comment on the spread of COVID-19 in occupied Palestine, and what it means to have access to healthcare under foreign occupation.  The following is an edited version of their replies.

Susan Abulhawa began by raising Israel’s destruction of at least three Palestinian COVID-19 testing centers.  “They came in and demolished them. The Palestinian healthcare sector was stretched thin, especially in Gaza by the ongoing siege, the restrictions on fuel and electricity, the persistent bombing and destruction of infrastructure, including hospitals.

“In Gaza the authorities actually had done a really good job so far of containing things, but there are some signs now of infections beyond the isolation zone. It is a bit scary, because Gaza is the most densely populated spot on the earth. 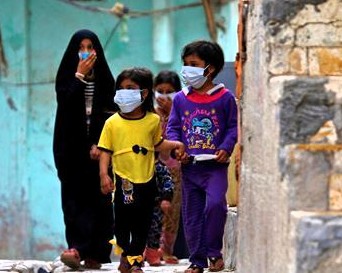 “On average, Gazans get six hours of electricity a day.  It comes on or goes off with no schedule. The lack of sufficient medical infrastructure, and a broken-down sanitation infrastructure, compound this threat.  Water in Gaza is undrinkable now.

“Israel does not allow Palestinians to leave, even for medical care.  People are in desperate need of medical attention outside of Gaza, whether for certain kinds of surgery that is not available, cancer treatment, etc. Very cynically Israel tries to coerce these people into becoming informants, to sabotage the resistance.

“No matter how battered Gaza is, there is still resistance.  Palestinians are not going to give up.  Our resistance is something that Israel and the world can count on. We are not going to go away.  Whether we are inside Palestine, exiled outside or in refugee camps, we have a one-track mind – and it is to Palestine.

“This may seem off the topic of COVID, but not really. Palestinian society has mechanisms to care for one another that developed over decades of occupation. They were honed during the height of uprisings where people had to depend on each other, to educate each other’s children, make sure everyone was fed, and to just show up for people. Those kinds of social networks and infrastructure are in place to help us get through whatever we need to.”

Khaled Barkat responded: “When the epidemic started there were many popular jokes by our people in Gaza that ‘We’re lucky to be under siege and no COVID-19 will come near us.’  Now Gaza is absolutely facing a greater challenge, especially in the last two months.  There have been a lot of efforts by people to combat COVID-19 while living under total siege.

“In the Palestinian refugee camps in Lebanon and Syria, people already were suffering from lack of medical services before COVID-19, so you can imagine how the situation is now. When the Palestinian Authority counts the Palestinians who are affected by this, they count the people in the West Bank, but leave the rest of the Palestinians not counted, as if they are not Palestinians, or not important.  This is not just political – it is real and connected very much to the health and wellbeing of our people.

“Israel has released all the Israeli criminals who are in jail, saying they need to be sent home because of the pandemic, but they also assure the Israeli public that no Palestinian prisoner will be released due to COVID-19.”

Note:  Early in the pandemic, Johns Hopkins University’s tracking system for COVID-19 failed to list data for Palestinians, instead merging it with cases from Israel. Coming under fire, Johns Hopkins eventually listed data from the West Bank and Gaza as “occupied Palestinian territories.” (Ali Abunimah Rights and Accountability, March 27, 2020)