With the dire economic circumstances brought on by COVID-19 and the rise in police brutality provoking civil unrest unseen since the 1960s, the Millennial Generation as well as Generation Z are beginning to see the pitfalls of both neoliberalism and U.S. conservatism.

The Republicans in office are taking notice and are peddling falsehoods in order to stymie any potential movement. They’re taking their usual criticisms of Karl Marx and molding them in a way that would appeal to potential radicals and push them away from Marxism.

Donald Trump and his cabinet are attributing the Communist Party of China’s alleged human rights violations to Marxism, in a vapid attempt at intersectional anti-communism. The irony in the GOP’s attacks against Marxism is that a party dominated by rich old white men is demonizing Marx as a “dead old white man” who is completely irrelevant.

Even though Karl Marx himself had shortcomings — especially in anticipating where in the world the revolutionary movement would develop first — Marxist methods of analysis have led to numerous revolutions and anti-imperialist revolts in the 20th century, and Marxism remains a powerful tool in comprehending the various axes of oppression.

Marxism has gained an unfair reputation over the years as a class reductionist ideology. Twentieth century concepts such as intersectionality are considered more holistic methods of studying various identities and discriminations. While no true revolutionary should neglect societal issues such as racism, patriarchy and anti-LGBTQ2S bigotry, it’s important to realize that all these ills originated from and are reified, made more solid, by the ruling class’s struggle to stay in control. 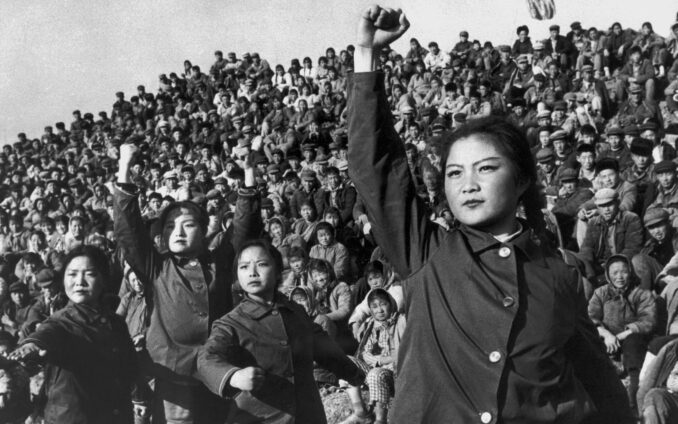 The concept of race was created by the ruling class to diffuse class solidarity, for instance, between European indentured servants and African slaves with the Bacon Rebellion of 1676.  While this was not a progressive rebellion, since it demanded and led to increased theft of Indigenous lands by white settlers in Jamestown, Va., it nevertheless frightened the slavocracy into reinforcing racism by giving minor advantages to the lower-class whites they exploited. Race and class remain intertwined as People of Color have become the largest bulk of the most exploited and a disproportionately large sector of the proletariat in general.

Imperialism imposes both a class and a racial struggle, as U.S. hegemony is pillaging global south countries of their resources and stymying their collective growth. While patriarchy predates capitalism, there is growing evidence of its relationship with the development of class society. Anthropologists studying hunter-gatherer societies, such as the Kung, observed that there was a high degree of egalitarianism not present in hierarchical class-based societies.

The ancient civilizations which were highly patriarchal, such as Ancient Greece and Rome, had class societies. Many of the most prominent feminists in more recent history such as Sojourner Truth, Alexandra Kollontai and Emma Goldman were simultaneously waging war against the bourgeoisie, demonstrating that gender equality always intersected with the class struggle.

Even today, the class struggle is as relevant as ever to the feminist cause with women and marginalized genders making up a substantial part of the working class. In a similar vein, LGBTQ2S+ oppression stemmed from a cisheteronormative paradigm — a male-dominated heterosexual family — designed to reinforce class oppression; it became a means for the upper class to maintain its wealth and resources.

Both Republicans and liberal Democrats alike have painted Marxist adherents as “crazed dogmatists.” What they fail to realize is that Marxism isn’t a political ideology in the common, traditional sense. It is a scientific method of analysis aimed at the material conditions of a particular time or region, and Marx meant its usage to change as conditions change.

Marxism – a method, not a dogma

Labeling Marxism as Eurocentric stems from the fact that Karl Marx was operating from a Eurocentric point of view in the 19th century, when both capitalist industry and a severely oppressed proletariat were emerging in Europe. Marxists from all walks of life have critiqued and expanded upon Marx and Engels’s original findings. Vladimir Lenin took Marx’s analysis of capitalism and updated it for the age of imperialism, providing the groundwork for anti-imperialist efforts that continue today.

It was through Lenin’s contributions, in addition to his concept of building a party of committed revolutionary leaders, that the first socialist revolution occurred in Russia, a semifeudal state with a developing capitalist economy. This contradicted Marx’s predictions, which had described industrialized countries such as Britain and Germany as countries with the ideal conditions for a revolution, because capitalism was much further advanced there. Mao Zedong adjusted Marx and Lenin’s theories even further and proved that the peasantry can create a revolution as well.

Many things have been written about the personal bigotries of Karl Marx and Friedrich Engels. Marx and Engels have at various times been labeled racist, homophobic and anti-Semitic. While we as revolutionaries should be critical of these egregious views, it is important to remember that Marx and Engels were products of their time, and they were not immune to the bigotries of the era.

At a time where homosexuality was considered a mental illness, and the supposed inferiority of Black people was backed by contemporary science, it would be absurd for modern Marxists to hold Marx and Engels to current standards of morality. In spite of those contemporary views, Karl Marx played an integral role in the U.S. abolition movement. Correspondence between Karl Marx and U.S. president Abraham Lincoln played a pivotal role in shaping Lincoln’s views on abolishing slavery. Furthermore, Marx’s Eurocentric views became milder in his later years.

Marxism, when approached properly, remains a useful tool for 21st revolutionary praxis. Even though reactionary actors will insist otherwise, Marxist theory remains as relevant as ever in the fight against all systems of oppression.