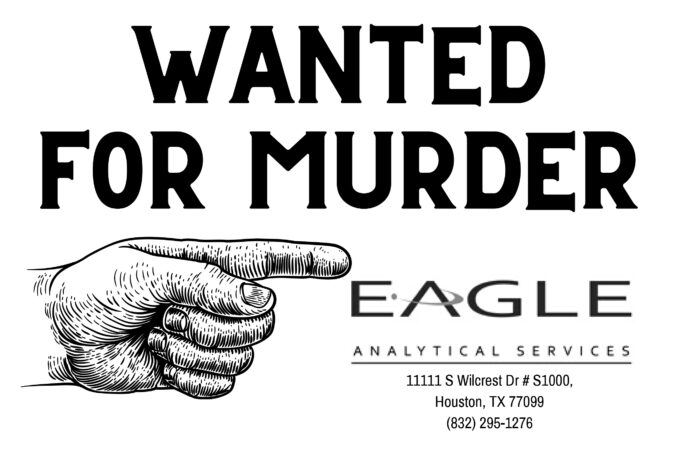 Activists handed out fliers ‘WANTED FOR MURDER’ in front of execution drug lab in Houston, Sept. 11.

Anti-death penalty activists have exposed and humiliated a Houston science lab found to have approved the purity of raw pentobarbital. Since only a small number of pharmaceutical companies are still allowing their drugs to be used to execute people, U.S. Attorney General William Barr and the U.S. Department of Justice located the pentobarbital in Houston.

When Reuters News Agency asked Houston’s Eagle Analytical Services if they knew they were testing a drug that was to be used to execute people, their reply was, “No comment.” (tinyurl.com/y5eeyltk)

On Sept. 11 at a busy intersection by the lab, activists held signs condemning Eagle lab for cooperating with the DOJ’s plans to bring back the federal death penalty. They handed out “Wanted for Murder” fliers to people at bus stops and to passing motorists.

The group then went to the lab entrance, which is protected and surrounded by wrought iron fencing and is accessible only through electronically controlled gates. Employees came out to film the protest, and Houston cops surveilled the demonstration. One employee told the group, “Yes, I’m okay with the lab approving drugs for executions because I support the death penalty, and I am glad the federal government is executing people.” He refused to give his name.

Yancy Balderas, who spoke to lab employees on a bullhorn, told Workers World, “It’s important we continue to protest and to inform people how this local lab secretly did this work for the U.S. government to kill people. We can’t leave the task of testing drugs to labs who have no oversight. The drug they approved is not only killing people but is torturing them in the process.”

As she was protesting and videoing the demonstration, activist Delia Perez-Meyer, said, “We have to organize against the death penalty at all levels, and right now particularly at the federal level because they are leading the country in executions this year. Plus, these are the same drugs that are used at the state level. The whole system of the death penalty is corrupt and needs to be totally dismantled.”

Perez-Meyer has fought for decades to help her brother Louis Castro Perez, who is on Texas’ death row, prove his innocence.

The next scheduled executions by the Trump administration are of William LeCroy on Sept. 22 and Christopher Vialva on Sept. 24. Federal executions take place at the federal prison in Terre Haute, Ind. Five federal executions have taken place already this year, three in July and two in August.

In the midst of a global pandemic, the Trump administration and the DOJ decided to start executions while lawyers are unable to meet with their clients, investigators can’t properly do their work, and witnesses to executions are unwilling to travel to Indiana to be present. These are the first federal executions in 17 years.

Protests on Sept. 22 and 24 will take place in Terre Haute, as well as cities around the country. In Houston, they will be held at 2:00 p.m. at the Mickey Leland Federal Building.