The following article is based on a talk given during a Sept. 10 webinar,“Workers Defend Black lives,” sponsored by Workers World Party. Dominic Harris is president of UE Local 150, Charlotte, N.C. United Electrical Workers has been in the leadership of U.S. labor organizing to defend Black lives. View webinar at tinyurl.com/y6m9z593. 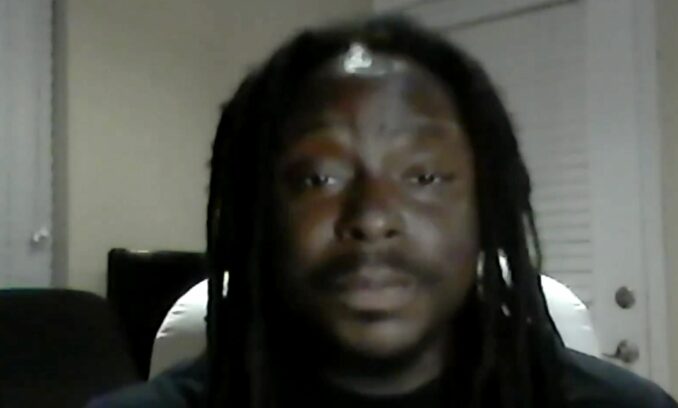 We’re at a time in history where a lot of things are coming to an impasse, and most of those things are coming to a boil! What UE has decided to do is support workers doing a stoppage of work, about eight minutes an hour if you feel like it, maybe more, to let people know that we recognize the hurt and the pain of our members and all of our people.

UE 150 is a majority Black union. And what we strive to do is to put us on equal footing with our employers. That’s been our whole game.

Understand this: We as workers are powerful. We are more than what we are seen as being by our supervisors and our employers. We are the world.

A $15 minimum wage isn’t enough anymore. We need to go for more. If you work at McDonald’s, I say stand up for yourself, because ain’t nobody else going to do for you.

We have two parties that have been basically taken control of by the corporate classes. So we need to do one of two things: Take over one of those parties, or create our own and let them know that we do not have either of their backs.

The political class and the political elites, they play this game with us and they treat us like we don’t matter. They haven’t even been able to pass a suitable relief deal for workers, like they’ve done in other countries.

We want Medicare for All. Every industrialized nation around the world has managed to give their people a universal health care system. They managed to do it, and this supposedly richest country in the world can’t do that?

We support Medicare for All with everything we have, we’re willing to use our labor as leverage to get that across. And that puts power back in our hands. Because right now if you get fired, more than likely you’re going to lose your healthcare. You’re back at the mercy of your employer. Medicare for All gives us power.

Free college gives us power because instead of having to work far too many hours to put our kids through school, now they can simply go by applying and achievement measurement to whatever school that they want. We want marijuana legalization because that gives us more power, it takes away the power of cops to come into your house just because you want to smoke a blunt. And we’re going to drop down the prison incarceration rate by freeing every one of those people that have a marijuana charge. We can get those people out of jail.

And we can say the same about Joe Biden. We are the people and we have told him many times, many times over, that we want a Green New Deal. We want to put power back in our hands with federal job guarantees.

We want all of these things because we deserve them. We’re the people and we deserve to live as suitable a life as our oppressors do. We deserve to strive for higher places of being in society.

Now I’ll tell you a little dream of mine. It might be a dream, but it should be reality. I want to live in a world where instead of working for a dollar, we work for the benefit of all mankind. You should be able to wake up in the morning and say, “What can I do for my fellow man?” Instead of what do I need to do to pay these bills, which are ever mounting, especially in this time when unemployment is sky high rate, where 50% of people that are unemployed can’t even afford basic necessities, and we still don’t have a relief plan.

Work stoppages, general strike, whatever we have to do to make the political system move for us is what needs to happen! You can’t put [our lives] in their hands anymore. You got to make them understand that we’re workers, we control this world. It’s not the other way around.