Hundreds rallied on Juneteenth (June 19) in Milton, Mass., calling for an end to systemic racism in school curriculum and voicing support for Zakia Jarrett, an African-American sixth-grade English teacher. Jarrett was briefly put on administrative leave June 5 for her remarks on police violence during a lesson on racism. 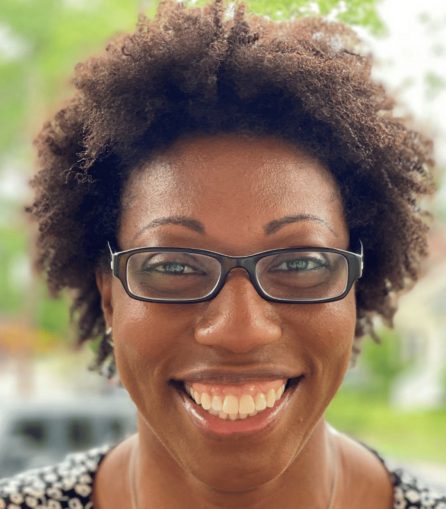 Jarrett, who has taught for 18 years, used the last line of the poem “Allowables” by Nikki Giovanni as a metaphor for racism. The line reads: “I don’t think I’m allowed to kill something because I am afraid.”

Jarrett explained that killing out of fear leads to systemic racism and unconscious bias and that the men who killed Ahmaud Arbery did so because of the color of his skin, not because of something he did. She said they were racist, and that there were many police officers who are also racist and kill out of racism.

Jarrett’s online lesson was recorded by someone with access to the class. In violation of district policy, that person illegally sent a 13-second clip of Jarrett saying that “many police officers are also racist,” to Milton Police, State Troopers and other members of the community. Jarrett felt terrified and unsafe and complained that the person who illegally recorded and weaponized her lesson was not punished — but she was.

The decision to punish Jarrett triggered immediate, widespread outrage among parents and teachers. They wrote a letter and sent angry emails to school officials condemning the district’s response. Jarrett was reinstated later in the day on June 5. Jarrett said that Principal William Fish asked her to admit that she shouldn’t have made the comments, but she declined his request.

The incident also prompted hundreds of people to sign a petition to develop a districtwide anti-racist curriculum.

Although Milton is a mainly white suburb about 9 miles from Boston, with a 70 percent white middle school population, the community protest became part of the nation’s Juneteenth uprisings. The demonstration was organized by the Milton Educators Association, a member of the Massachusetts Teachers Association, which is affiliated with the National Education Association. The protest also included outrage at the death of George Floyd at the hands of racist police.

A recent national study revealed that out of about 500 teachers, most teachers from white, conservative districts did not feel they had community support to teach anti-racist curriculum. Only 30 percent felt sure that parents would support curriculum that dealt with race and racial violence.