The massive popular and antiracist reaction to the cop murder of George Floyd in the epicenter of world imperialism has inspired an equally massive reaction worldwide. Hundreds of thousands have marched, not only in solidarity with the Black Lives Matter protests in the United States, but also against local manifestations of insidious racism. 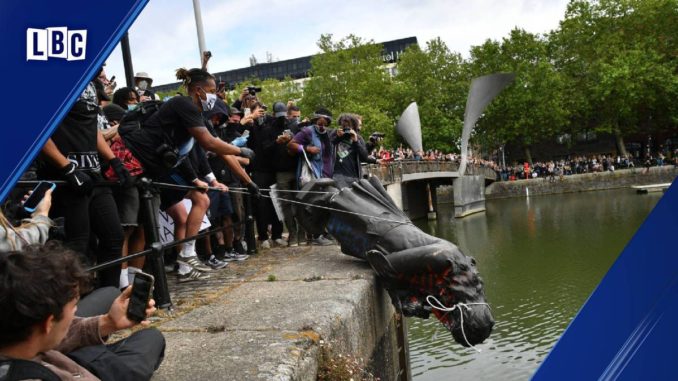 Demonstrators take down a statue of 17th century “slave trader” Edward Colston and throw it into the river in Bristol, England.

The U.S. spreads its pro-imperialist culture through the world on the wavelength provided by Netflix, Disney, the internet media and even the music airways. This cultural dominance has now boomeranged on the U.S. rulers and struck a blow against Washington’s imperialist allies.

Even the corporate media have covered the breadth and depth of the worldwide protests. Al Jazeera provided one of the most inclusive lists, along with an interactive world map as of June 7 at tinyurl.com/yasd8gg5.

In one of the most satisfying actions of the weekend, demonstrators in Bristol, England, removed the statue of Bristol-born slave trader Edward Colston and dumped it into the river.

Colston grew rich in the 17th century transporting over 100,000 enslaved people to the New World — dumping overboard the bodies of 20,000 who died during the passage. He then bought his way into the hearts of the English ruling class, who called him a “philanthropist.” Bristol’s current population, now 14 percent people of color, disagree.

In this time of capitalist economic crisis and pandemic, the population in the countries facing super-oppression from world imperialism nevertheless came out in solidarity with African-American people and with George Floyd.

According to Al Jazeera, in Africa there have been demonstrations in Pretoria and Capetown in South Africa; Nairobi, Kenya; Abuja and Lagos, Nigeria; Monrovia, Liberia; Accra, Ghana; Tunis, Tunisia; and Dakar, Senegal. 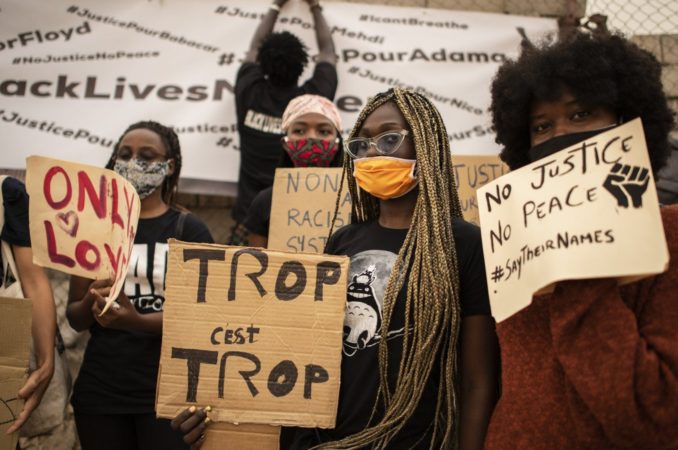 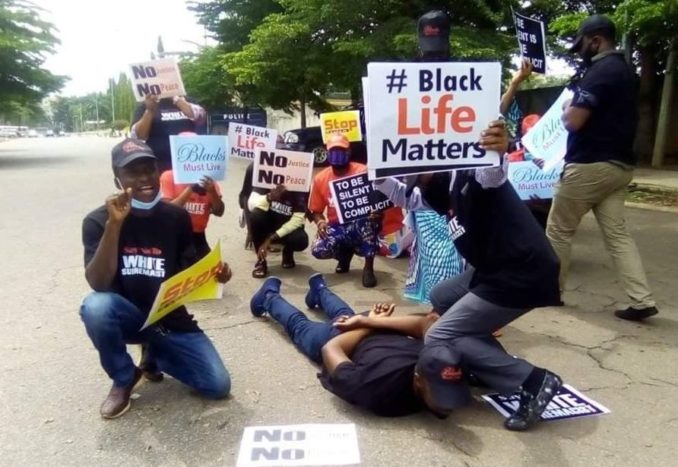 In South America, mass protests took place in Sao Paulo and Rio de Janeiro, Brazil, and Buenos Aires, Argentina. To the north there were protests from Mexico City to Vancouver, B.C. 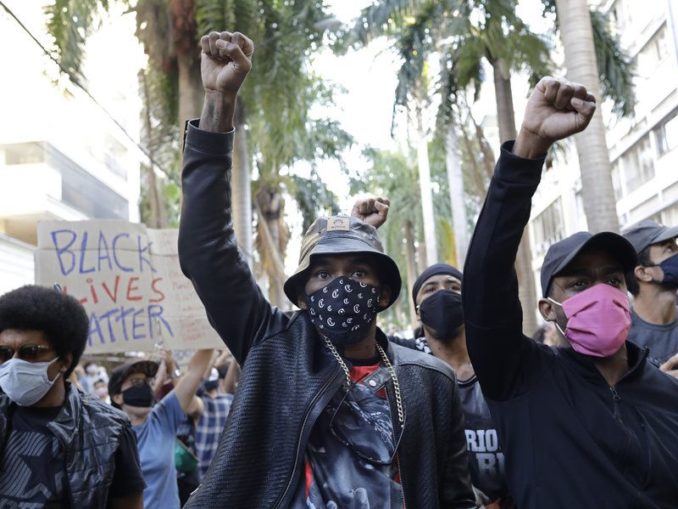 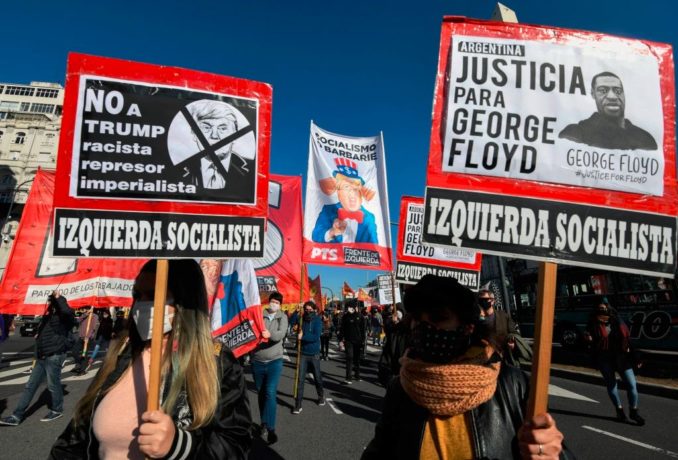 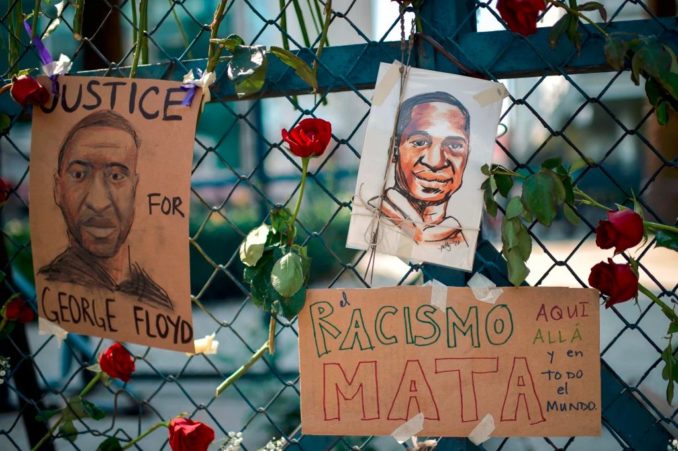 In the Pacific, there were protests in South Korea; Tokyo, Japan; and Quezon City in the Philippines. 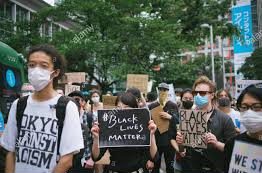 Workers World received a solidarity message for the U.S. working class from the Socialist Unity Centre of India (Communist), which “marched in the streets and organized demonstrations in the metropolises and numerous small towns throughout India,” including in the major city of Kolkata, West Bengal.

The Palestinian people’s strong identification with the Black struggle in the U.S. led to demonstrations in East Jerusalem and other actions. (See article this issue.) 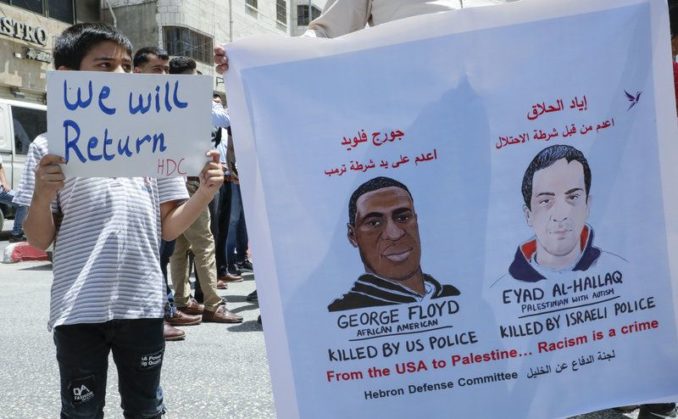 Protest in Hebron, Occupied West Bank, one of many in Occupied Palestinian lands, in honor of George Floyd and Eyad Hallek, a young Palestinian man with special needs who was killed by Israeli soldiers on May 30 in Jerusalem. In Bethlehem, demonstrators carried signs reading: “Black Lives Matter, Palestinian Lives Matter!”

An especially good development occurred in countries where European populations settled historically, and the rulers and owners pushed aside Indigenous populations. In Australia, the protests morphed from actions in solidarity with George Floyd to demands for the rights of the original population of the island continent. 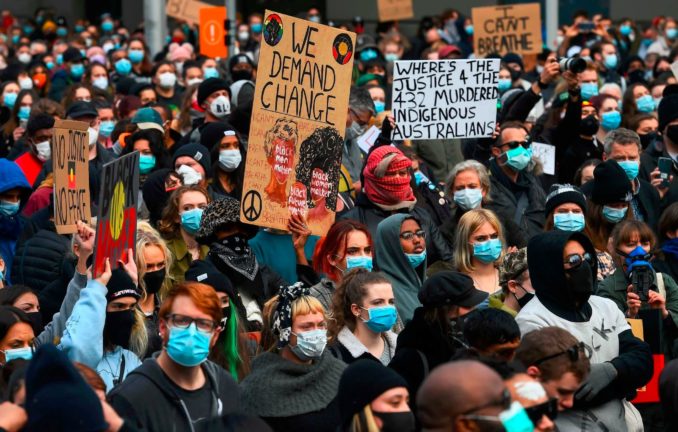 Antiracist solidarity demonstrations were massive in Europe, especially those countries in Western Europe whose governments and armies are usually lined up with U.S. imperialism in NATO. This time even the governments — many of which are in a difficult relationship with the Trump administration — had to at least speak out publicly against U.S. racist police. 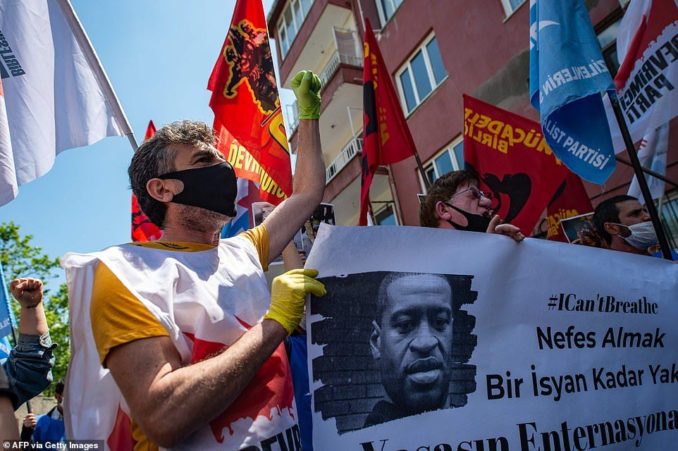 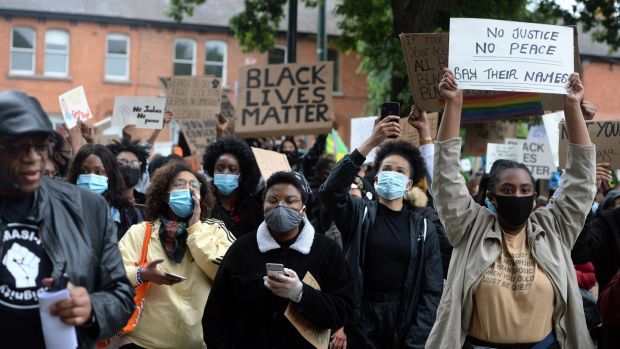 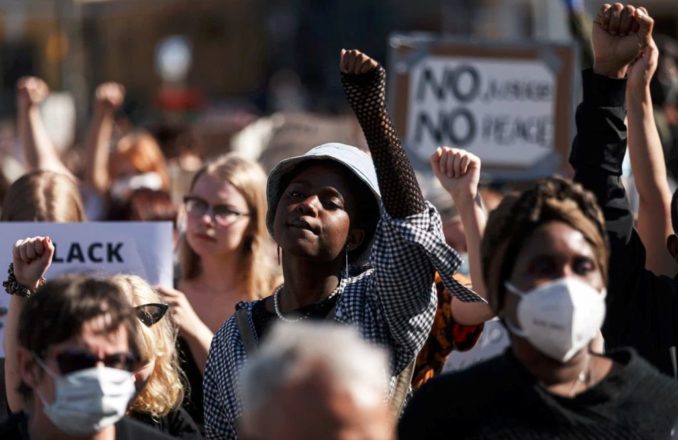 From Istanbul in Turkey to Belfast and Dublin, from Helsinki and Stockholm to Lisbon, dozens of big cities, and many more small ones, including dozens all over Germany, were the sites of antiracist demonstrations. Besides targeting structural racism in the United States, demonstrators raised slogans against the European ultra-right. 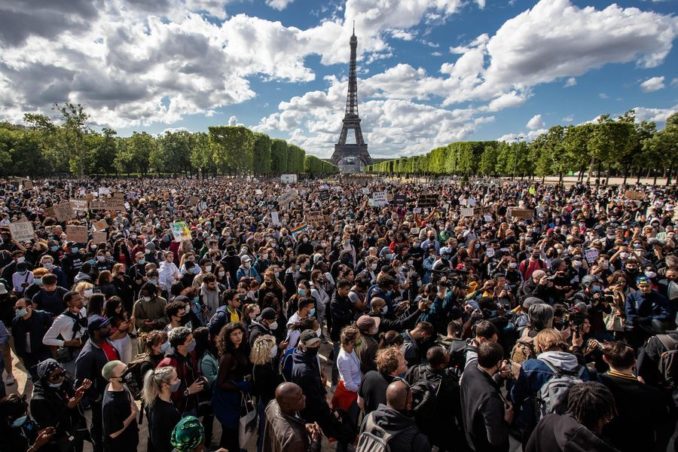 In France protests took up demands regarding victims of French police brutality.  In Germany activists protested the assaults by neo-Nazis on migrants and refugees. The real enemy of the workers in Europe are the big banks, especially those of imperialist Germany, France, Britain, Italy, Netherlands, Belgium, and the United States — the old colonial powers.

Communists abroad have expressed to Workers World the impact of the U.S. protests. A letter to Workers World from the Union of Galician People (Spanish state) read: “The murder of George Floyd has brought home to the world the existence of a decent people and working class [in the U.S.], who confront injustice in the streets and have even been able to force Donald Trump to seek refuge in the White House bunker.”Fronte Popolare in Italy writes, “Everybody knows that any success, any step forward for the oppressed in the U.S., is a success and step forward for the oppressed of the entire world.” 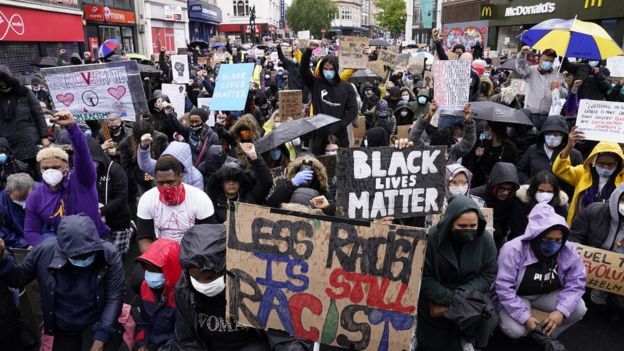 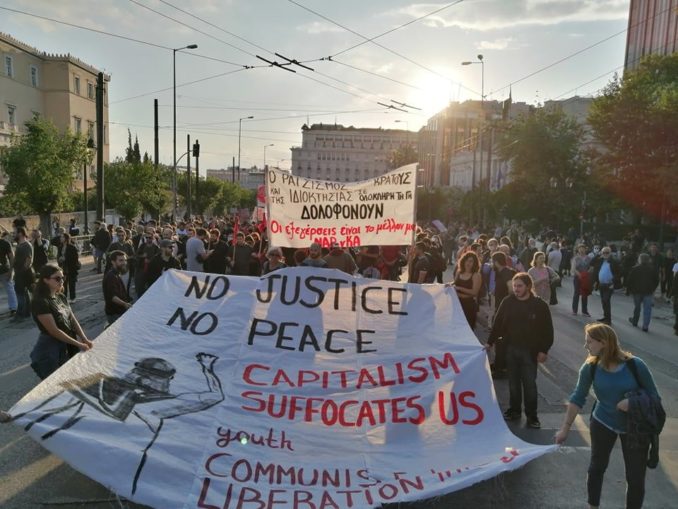 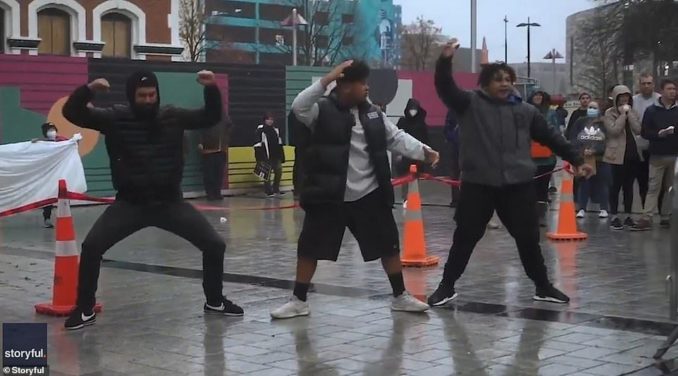 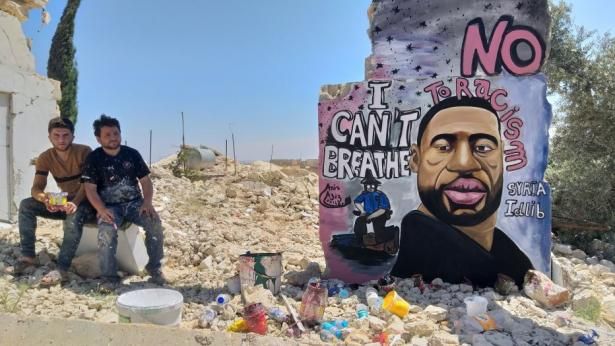