Smack in the middle of the biggest pandemic in a century, President Donald Trump has announced he is withdrawing the U.S. from the World Health Organization.

One would expect Trump’s decree to bring an outcry from all the people here who specialize in public health. That’s happening, but it’s not getting the news coverage it deserves.

What gives the White House occupant the power to disregard the medical community and dis all the countries in the world that rely on WHO’s expertise to battle multiple diseases? Does Trump join imperial Rome’s Nero in spewing out dictats just for the gratification of his ego? 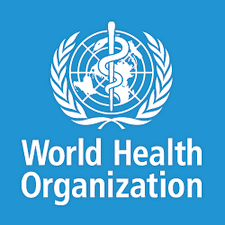 But there’s more to it than that.

What’s the motivation for Trump’s move? Clearly, it’s not to protect the health of the population. Just the opposite. COVID-19 is a worldwide problem. People in the U.S. will benefit when a vaccine against COVID-19 is made available, no matter which country’s scientists are able to come up with it.

U.S. fatalities from COVID-19 are the highest in the world of any one country. It has killed more than 106,000 people here as of the end of May. And already tens of millions of workers in the U.S. have lost their jobs, due to the economic disruption caused by the virus.

It is a matter of extreme urgency that a breakthrough be made to prevent further spread of the disease.

Recently, the WHO announced measures to stimulate international cooperation in the development of a vaccine to counter COVID-19 and to make it available to all countries. That is exactly what the wealthy U.S. pharmaceuticals do not want.

Poorer countries are extremely worried that when a cure or preventive medicine is found, it will be patented by one of the U.S. pharmaceuticals and sold at a price that can bankrupt not just individuals, but nations themselves.

The one bright spot right now is that scientists in the People’s Republic of China are working hard on creating a vaccine, and China has announced that it will be made available to the world.

This pandemic makes it clearer than ever that we need to get rid of the capitalist system that profits the very few and build a socialist society that can plan economic development to satisfy human need, not corporate greed.