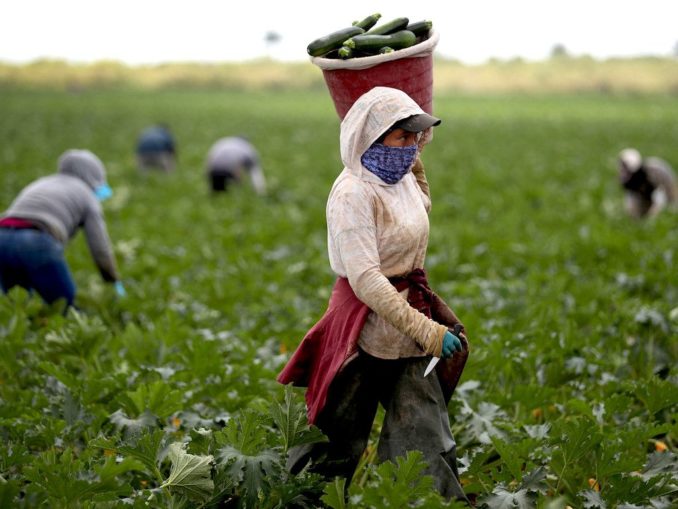 It’s not just COVID-19 that’s racing like wildfire across the U.S. It’s unemployment. The number of newly jobless workers has climbed to an astounding 26 million. That is due to coronavirus-related layoffs or furloughs caused by business closures or contractions.

Added to the number of already unemployed people, the total is 33 million, the highest number since 1934 during the Great Depression. That means one in five workers is out of work!

Some 26 million claims for unemployment benefits have been filed since March 15. On March 27, Congress enacted the CARES Act, a $2.2 trillion coronavirus stimulus package. It allocated a one-time $1,200 “stimulus” check for most adults, with $500 more per child. A weekly federal payment of $600 was added to state unemployment benefits through July 31, and “gig” workers were deemed eligible.

The financial benefits are not, however, quickly getting to workers who desperately need them. Lines at food banks are growing. Many people who need stimulus funds the most are still waiting for them. Stumbling blocks throughout the process are preventing millions from applying for or getting unemployment checks. By design, many states have made it difficult for the jobless to get benefits.

Only 14.6 percent of eligible New York workers have successfully filed for benefits; the figure is 23.6 percent in Michigan and 17 percent in Florida. Only 10 states have approved benefits for previously ineligible gig workers, even though the stimulus bill provided for them. Glitches and denials are rampant. (New York Times, April 25)

Once again, the people of Puerto Rico, whom the Trump administration denied necessary aid after hurricanes ravaged the islands — and who pay taxes — are owed these payments by Washington. Yet, San Juan Mayor Carmen Yulín  Cruz has reported that as of April 25 no one there has received a stimulus payment, while 130,000 applications for unemployment benefits and some for food stamps have gone unanswered.

The stimulus bill was a bonanza for corporations, which got $500 billion, but millions of hardworking undocumented workers got nothing. These indispensable workers from Latin America, the Caribbean, Africa and elsewhere pay taxes. They are working in homes, grocery stores, factories, farms and hospitals during this pandemic. Yet, they are barred from obtaining unemployment benefits, stimulus checks, food stamps and government health coverage, including for coronavirus testing and treatment.

The United Farm Workers explains: “$9.5 billion [of the stimulus package] is going to the agricultural sector, [but] it’s not clear if any of those funds will support farmworkers taking risks [laboring in the fields] to put food on our tables. At least 50 percent are undocumented, so they won’t get the relief payments. Even their citizen children are left out. “They are told they are ‘essential’ workers, but are not receiving ‘essential’ benefits.” They are now saddled with costly child care, grocery and transportation expenses. The union stresses the government should pay them hazard pay! (ufw.org, March 30)

Of the 3 million domestic workers, 90 percent are women, overwhelmingly Black, Latinx and im/migrants. Due to entrenched reactionary federal and state governmental policies, these workers have endured low pay, miserable working conditions without benefits, sexual assaults and bigotry. Laws barring workplace racist discrimination and sexual harassment do not cover them.

The CARES Act grants domestic workers both unemployment and stimulus checks, provided they have Social Security numbers and file income tax returns. However, those who are undocumented, though laid off due to the pandemic, are ineligible for CARES benefits, severance, sick pay and health coverage. They have no legal protections.

A lawsuit has been filed against the xenophobic Trump administration for denying stimulus payments to the 1.2 million people married to taxpaying undocumented immigrants.

Fund all workers’ needs, not billionaires!