March 10 — The coronavirus COVID-19 is very serious. But it is not the cause of the stock market crash on March 9. While every effort is being made to push the market up again, the fact remains that the crash happened and can happen again.

Let’s ask this question: Why was there no market crash when COVID-19 was spreading in People’s China? The virus originated there and has caused many more deaths in China than anywhere else — more than 3,000. The U.S., by contrast, has had just 29 COVID-19 deaths as of today, yet the economy here is reeling.

China has had to shut down production in many areas in order to effectively contain the virus. But that didn’t cause a worldwide economic crisis.

What has just happened in the New York Stock Exchange is another thing entirely.

The weekend of March 7-8 saw the emergence of a crisis of the capitalist system itself. And the money men saw it coming. So on Sunday night, the Federal Reserve Bank pumped at least $50 billion into the stock market in “overnight repurchase agreements.” Then on Monday the New York Fed announced it was ramping up its overnight cash injections to the market to at least $150 billion.

This infusion of the remarkable sum of $200 billion — of what is supposed to be the people’s money — has temporarily stabilized the market. But it reveals how fearful the capitalists are that a serious economic contraction or recession is looming.

Loss of jobs and health coverage

Of course the virus spreading here is a real concern for workers. Will the Trump regime spend anywhere near $200 billion to keep them paid and healthy during the epidemic?

The biggest worry for workers is what will happen to them as the capitalist economy contracts. How many jobs will be lost? How many will lose not only their jobs but their health coverage at the same time? And that means coverage for all kinds of ailments, not just COVID-19.

To put what is happening in perspective, let’s look at the last time this country faced a serious flu epidemic. In 1918, toward the end of World War I, there was a much deadlier virus than today’s COVID-19. It killed up to 50 million people worldwide.

But that epidemic did not crash the stock market or lead to an economic depression. On the contrary, what followed was a decade of impetuous capitalist economic growth — until the huge stock market crash of 1929.

Right now scientists are trying to understand this new coronavirus in order to create a vaccine against it. That’s important, but it could take 12 to 18 months from now. But what is also needed right now is an understanding of what makes capitalism itself so deadly, so destructive that the system lurches from depressions to wars in order to satisfy the lust for profit.

Fortunately, there is a science that can explain capitalism. It’s called Marxism. Marxism explains why this system has to keep growing at any cost: Without greater production, without new markets for its products, capitalism will enter into a period of crisis.

This need to “expand or die” is what lies behind all the horribly destructive wars since at least 1898.

Right now U.S. capitalism is experiencing overproduction. The crash wasn’t caused by COVID-19, but the virus likely hurried it along. China has become an important market for U.S. goods, both agricultural and industrial. Now with COVID-19 shutting down economic activity in parts of that country, China is buying less oil from the U.S.

The U.S. has become the biggest oil producer in the world. But much of it comes from fracking shale oil, which is costly. That oil needs to sell at a price of at least $68 a barrel just to break even. (Newsweek, March 8)

Oil prices on the world market have now fallen by 30 percent, the biggest drop since January 1991. The benchmark of the industry, Brent Crude, was selling for $67.36 a barrel on Dec. 25. It is now selling for only $33 a barrel and is predicted to drop to as low as $20. That’s almost $40 a barrel less than what it takes to produce shale oil. 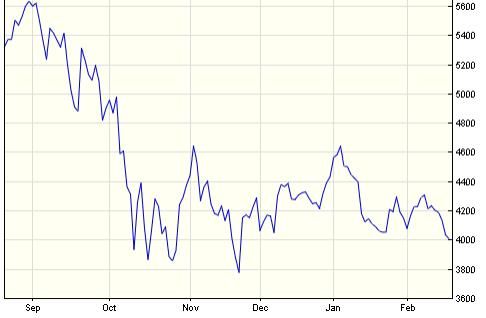 The current downturn is a reminder of the market crash of 2007-08, which “wiped out workers’ savings and pensions, led to a massive wave of foreclosures and layoffs, introduced punishing austerity, invigorated attacks on workers’ ability to organize and fight, and gave rise to the gig economy and greater insecurity for wider sections of the working class.” (“Growing signs of deepening global capitalist crisis” by Ben Carroll, WW, July 19, 2019)

The sharp drop in oil prices is a clear symptom of massive capitalist overproduction. Oil drives economic activity. When there’s a glut of oil and its price drops, it’s a sign that economic growth is slowing down.

But capitalism must expand — or die. That’s how this system works.

Of course, economic expansion doesn’t mean everything gets better for the workers. On the contrary. Wealth in the U.S. has expanded enormously in recent years, but it has all been at the top. Millionaires became billionaires while workers’ wages stagnated.

Millions of young people in the U.S., many of them victims of the “gig” economy, have come to realize that there is little future for workers under capitalism. They now face the triple whammy of COVID-19, economic insecurity and this system’s long history of oppression: racism, sexism, xenophobia, Islamophobia, ableism, anti-LGBTQ2+ bigotry, poverty  and more.

The time is coming for all progressive movements to coalesce in the struggle against this monstrous system of capitalism itself.