Statement from FIRE (Fight for Im/migrants and Refugees Everywhere)

FIRE (Fight for Im/migrants and Refugees Everywhere) is a multinational, multigenerational and multigender organization borne from one of the most pressing political challenges of our time: the war against migrants. Based in the United States, this group seeks to bring together all sectors of society to concentrate our energies on abolishing Immigration and Customs Enforcement, immediately putting an end to all deportations and closing all migrant detention centers. 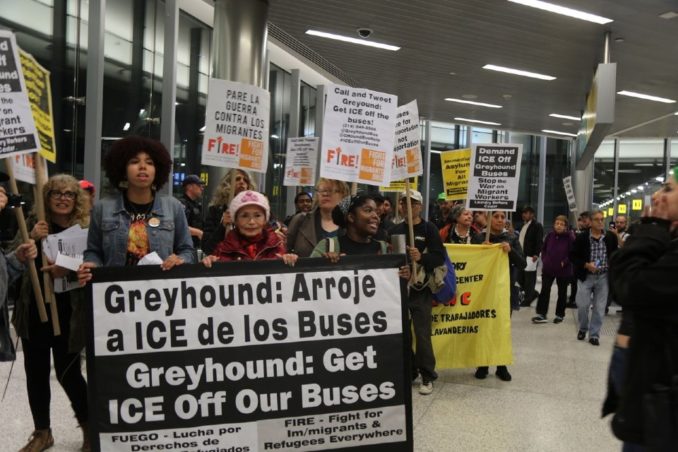 Greyhound’s reversal, which comes one week after a leaked Border Patrol memo admitted the searches require Greyhound’s approval, is a significant victory for the migrant rights movement. Buses are often the only means of intercity transit available to undocumented migrants, due to the greater costs and more stringent ID requirements of train and airplane travel. But we cannot become complacent: It remains to be seen if Greyhound will in fact carry out this new policy, and we can expect ICE/Border Patrol to attempt to continue the searches over Greyhound’s objection.

Without ongoing public scrutiny, Greyhound may allow the searches to continue while publicly claiming to oppose them. For this reason a demonstration against the searches scheduled for Sunday, Feb. 23, at the Port Authority Bus Station in New York City proceeded as planned, even after Greyhound had announced it would no longer allow the searches.

How was this victory achieved? Mainstream media accounts highlight pressure from the American Civil Liberties Union, a lawsuit filed in California and potential legal action by the Washington State General Attorney. While important, these forces are only part of the story. Amalgamated Transit Union Local 1700, which represents Greyhound drivers, mechanics and other workers came out against Border Patrol searches in 2018.

Mass demonstrations at bus stations around the country, organized by FIRE and many other organizations, have educated passengers on their rights and showed that migrants and their supporters have the strength to shut down Greyhound if they choose. And finally, passengers across the country have fought back against the searches, successfully demanding Border Patrol get off the bus. They have informed their fellow passengers that they are not required to show ID to Border Patrol, which has no right to be there. Viral videos of these encounters have raised public consciousness, educating working and oppressed people about their power to fight back against racist terror. 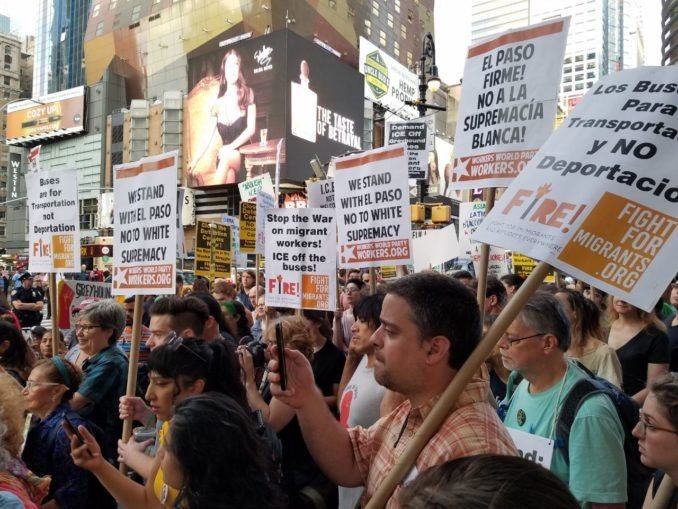 This is a crucial lesson to draw from the campaign: Working and oppressed people have the power to win their demands through mass struggle and people’s power. When we organize, educate and mobilize we are not struggling in vain — we can win.

So let’s not stop with Greyhound, but push forward. The war against migrants continues to intensify. We must organize for May Day 2020 and beyond to close the detention (concentration) camps, stop all deportations, abolish ICE and reunite all children who have been stolen from their families.

We must organize to open the border, win permanent residency for all migrants and refugees, and defeat the violent policies of U.S. imperialism that cause migration crises around the world. The campaign against Border Patrol searches on Greyhound buses is a small step in a much larger struggle, but it shows that victory is possible, if we are willing to organize and fight for it.