The novel coronavirus that first appeared in Wuhan, China, had by Feb. 10 spread to 28 countries and territories, leading to over 40,000 confirmed cases. Spreading faster than the virus itself, however, is widespread racism against all people of East Asian descent. 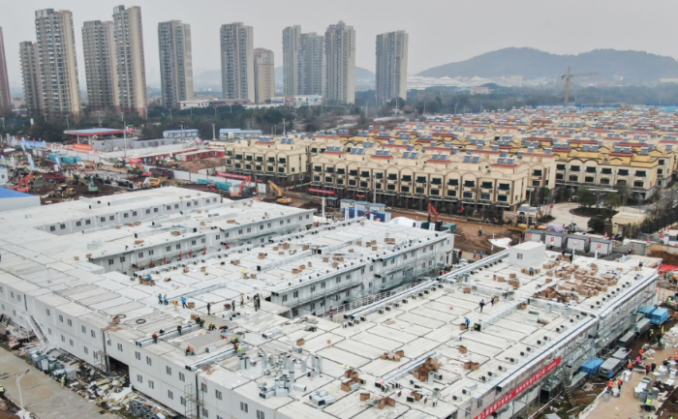 The virus presents much less of a threat than seasonal flu, which killed over 60,000 people in the U.S. alone during the 2017-18 flu season. Yet, despite swift and effective efforts by the Chinese government to slow the spread of the epidemic, fear and racism continue to metastasize throughout the world, especially in Western capitalist countries.

Sensationalist tabloids like the Sun and Daily Mail in Britain, as well as allegedly professional “journals of record” like the New York Times and Wall Street Journal, have had a field day with the coronavirus, running story after story with provocative, ideologically tinged headlines and content. While crises elsewhere can bring out sympathy and aid donations from the world’s richest countries, the coronavirus has been turned into a propaganda weapon to condemn the government of China and add fuel to anti-Chinese racism.

For example, a Feb. 4 article in the New York Times titled “Coronavirus Crisis Shows China’s Governance Failure” opined that the Chinese people “are getting a rare glimpse of how China’s giant, opaque bureaucratic system works — or, rather, how it fails to work.”

Yet both the United Nations and World Health Organization have commended China’s rapid response. This has included over $10 billion spent on controlling the epidemic, including a mass mobilization of health care workers, People’s Liberation Army soldiers and Communist Party members who are on the front lines of the battle against the epidemic.

“China is doing the right things, and China is responding in a massive way. We’ve seen no obvious lack of transparency,” Dr. Michael Ryan, executive director of the WHO Health Emergencies Program, told reporters. (Newsweek, Jan. 29)

WHO Director-General Tedros Adhanom told reporters at a Jan. 29 press conference in Geneva: “China has been completely committed to transparency, both internally and externally, and has agreed to work with other countries that need support. … The level of commitment of the leadership in China is incredible; I will praise China again and again, because its actions actually helped in reducing the spread of the novel coronavirus to other countries. We shall tell the truth and that’s the truth.”

U.N. Secretary-General Antonio Guterres told reporters at the African Union Summit in Addis Ababa, Ethiopia, on Feb. 8: “It is clear that there is a massive effort that is made by China in order to contain the disease and avoid its propagation. I think that that effort is remarkable.” Guterres’ remarks got no coverage in the Western media.

However, accusations of secrecy and cover-up, which are at odds with statements from international agencies like the U.N. and WHO, continue to come from outlets like the New York Times.

An opinion piece on Jan. 29 by Times columnist Nicholas Kristof put this sentiment quite bluntly: “Coronavirus Spreads, and the World Pays for China’s Dictatorship.” It was followed by a Feb. 1 Times article stating that “at critical turning points, Chinese authorities put secrecy and order ahead of openly confronting the growing crisis.”

The headline of a Feb. 3 Times article about China’s efforts to report all suspected cases to health authorities is titled, “China, Desperate to Stop Coronavirus, Turns Neighbor Against Neighbor.” But two days later an article titled, “China Clamps Down on Coronavirus Coverage as Cases Surge” lamented that reports of cases were being suppressed by the government.

Yet another Times article on Feb. 6 was headlined: “Wuhan Rounds Up the Infected as Death Toll in China Jumps,” conjuring up images of a heavy-handed response. This dovetails perfectly with the West’s existing narrative of China as an authoritarian dictatorship that runs roughshod over its people.

All this stands in sharp contrast to the statements made by leaders of the U.N. and WHO. China rapidly identified the virus, reported it to the WHO, and sequenced its genome two days later, publishing the data in Chinese medical journals as well as Western ones, including The Lancet and the New England Journal of Medicine.

Whipping up xenophobia and racism

The Trump administration has announced travel restrictions for those who have been to China, and Trump’s Commerce Secretary Wilbur Ross has described the epidemic as being potentially good for U.S. businesses and a way to bring jobs back to the U.S.

The callous disregard for sick people shown by the ruling class trickles down to other segments of society, too.

In Sydney a man of Asian descent suffered a heart attack in the street and died, with no one offering to help him out of misplaced fear of the coronavirus. An attack on an Asian woman was filmed at a subway station in New York, while pictures from around the world show signs in restaurants and stores that refuse service to Chinese people.

Chinese-owned businesses outside China have seen noticeable reductions in customers as many people avoid them due to fears of the coronavirus. That is stoked by media outlets eager for a sensationalist story to generate more views and clicks.

Sadly, the corporate media, Western governments and racists are using this epidemic as a new way to attack China, just as Trump’s trade war and Obama’s “pivot to Asia” were designed to undermine China and stymie its rise to become a global power.

Now is the time for all workers and oppressed peoples around the world to stand with the people of China in their time of need, to counter the fear-based propaganda against China, and to fight back against the epidemic of racism targeting people of East Asian descent.