This column was transcribed from an audio recording posted on prisonradio.org on Jan. 20.

MOVE member, Delbert Africa, held in prison since the Confrontation of August 8, 1978, has walked out of a PA prison after 42 years.

Delbert, in the 69th year of his life, came out to meet other members of the MOVE Organization: Ramona, Pam, Janet, Janine, Mo, Mary, Carlos and Consuela Africa, who greeted him with a hearty chant: “Long Live John Africa!” – and a MOVE salute. 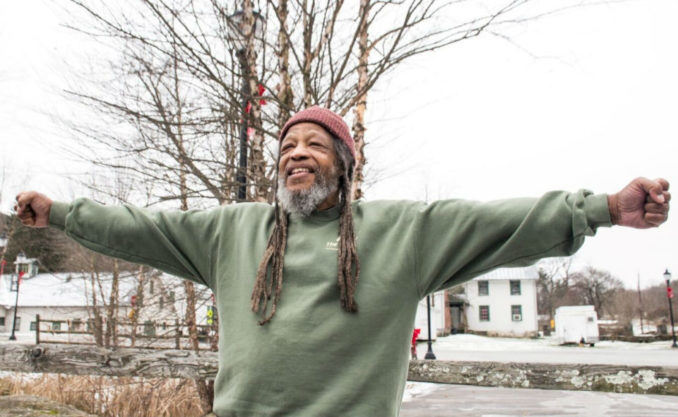 Del was in a good mood and in high spirits, cracking jokes and eating sandwiches.

August 8, 1978, was a date of infamy, for it marked an attack on the MOVE house in West Philadelphia’s Powelton Village, when hundreds of cops fired thousands of shots into the structure where men, women and babies huddled in the basement. Gunfire was joined by water cannons, deluging the MOVE people, who fought to avoid drowning in that dark place.

When Delbert exited the house, he was beaten by several cops, rifle-butted, kicked and stomped viciously.

When several of the cops were charged with assaulting Delbert, they had nothing to worry about for the trial judge, Stanley Kubacki, ignoring videotapes, acquitted them all, citing among other things, Delbert’s muscles as justification for the beating.

Ironically, one of the cops charged might’ve been luckier if sent to prison, for several weeks thereafter he was shot and paralyzed by his wife — who also happened to be a cop!