Delbert Orr Africa has survived more attempts on his life than arguably any other living revolutionary. For over 50 years, the United States government has tried to kill him, beat him, break him down and silence him. And now at the dawn of a new decade, he has bested the empire once again — Delbert Africa is free. 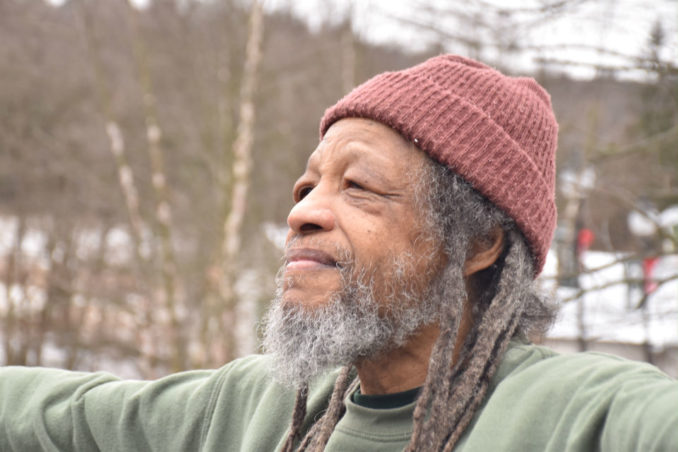 After being granted parole on Dec. 20, he was finally released from SCI Dallas on Jan. 18. He is the sixth MOVE 9 member to be released in the last year. 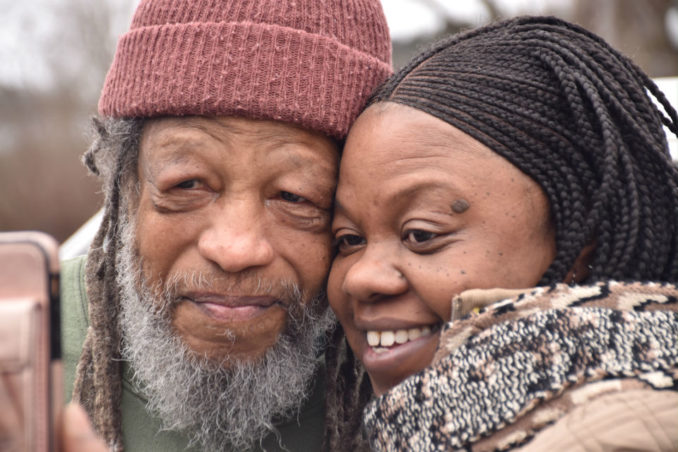 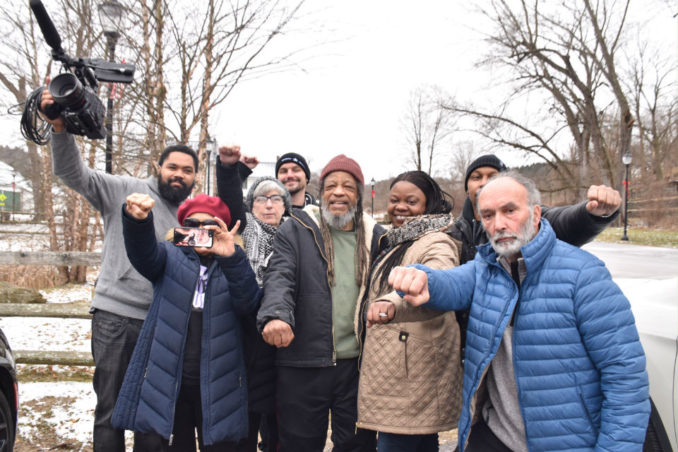 As a member of the Chicago chapter of the Black Panthers in the 1960s, Delbert faced dire threats from the state’s war on Black revolutionary groups. The chairperson of the Illinois chapter of the Black Panther Party, Fred Hampton, was assassinated on Dec. 4, 1969, in a sordid plot that involved the FBI, the Chicago Police Department and turncoat informants who had been placed close to Hampton’s family.

After this murder-execution, the rest of the Chicago leadership — Delbert among them — had false warrants put out on them. He managed to elude the state’s agents sent to capture him and went into exile in Canada.

A few years later, back on the U.S. side of the border, he was nearly killed in a car accident that left his cousin and another friend dead, but he managed to once again evade the FBI who came to question him in the hospital.

Despite assurances that he could return to Chicago where the phony warrants had been dropped, Delbert did not trust the word of the criminal justice system. He set out for Philadelphia and found a place to live in Powelton Village.

It was in that neighborhood where he first encountered MOVE, where he once again saw Black radicals putting revolutionary theory into practice. Before long, Delbert earned his place as one of the most important strategists of that organization alongside Coordinator John Africa.

Following a 56-day police blockade on the MOVE house, the police rioted on Aug. 8, 1978 — one in a long Philadelphia tradition of racist white mobs terrorizing Black communities. Under the command of arch-fascist Mayor Frank Rizzo, the militarized police gang attacked MOVE’s home on Powelton Avenue.

In their reckless and sadistic fervor — the police fired tens of thousands of rounds of ammunition into a residential neighborhood — the cops shot and killed one of their own, James Ramp.

What followed is one of the most cruel cases of police brutality ever caught on film. 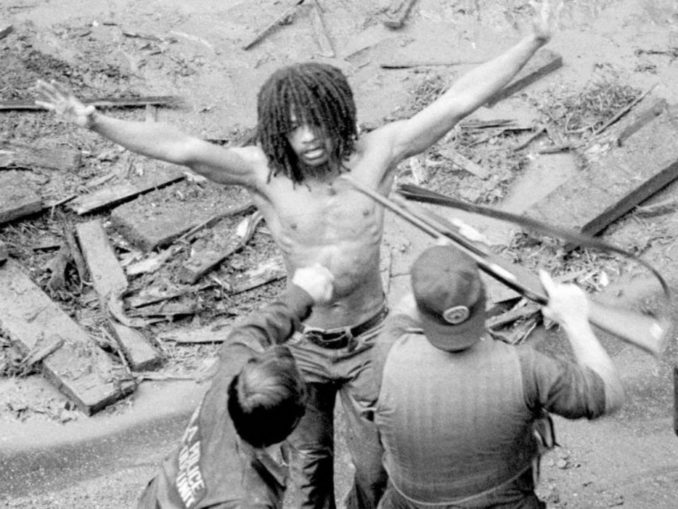 Cops dragged Delbert out by his dreadlocks and mercilessly assaulted him with kicks, punches and blows from metal combat helmets and rifle butts. They shattered his jaw and fractured his eye socket. In the midst of this attack, Delbert called out to Phil Africa, whom cops had begun to arrest as well, with these words: “It’s gonna be alright! We’re gonna be alright!”

Just as a cop was putting his boot on Phil’s neck, he shouted back: “That’s right! Ona MOVE! Long Live John Africa!” (tinyurl.com/rgl7slm)

Philadelphia Police Commissioner Joseph F. O’Neil was present at the scene. Delbert recalls hearing him call off the attack on Phil, saying, “Don’t do that here because the cameras can see us.” The entire episode was broadcast on television.

Though the undeniable fact and video evidence of Delbert’s beating did lead to an investigation into police brutality, no cops were ever held responsible. This unanswered crime is one of many racist police attacks captured on video that have followed it, from the beating of Rodney King to the murder of Eric Garner.

After nearly half a century, no amount of cell phone videos, surveillance camera footage or police bodycameras have changed the fact that police can publicly torture and kill Black and Brown people without facing any consequences.

As police rioted throughout West Philadelphia in 1978, attacking and arresting anyone they could get their hands on, Rizzo held a frenzied press conference at City Hall. He demanded reinstatement of the death penalty so he could round up all remaining MOVE members and “throw the switch” himself.

Rizzo threatened reporters with retaliation for negative coverage and said that he hoped to get revenge on them during his tenure. Three years later, President of the Philadephia Association of Black Journalists Mumia Abu-Jamal, who had been most critical of Rizzo, would be shot by police and falsely framed for murder.

By Rizzo’s side was District Attorney Ed Rendell, stridently defending the city’s decision to bulldoze the MOVE house on Powelton Avenue, destroying exculpatory evidence and completely erasing the crime scene within hours of the police attack. Rendell would go on to become mayor, then Pennsylvania governor and then chairperson of the Democratic National Committee.

Rendell’s office framed nine MOVE members for Ramp’s death, including Phil and Delbert. Presiding Judge Edward Malmed, who admitted he hadn’t “the faintest idea” who shot Ramp, gave each of them 30- to 100-year prison sentences. Delbert Africa spent six years in “the hole,” or solitary confinement, a practice regarded as torture under the United Nations Charter. It is estimated that as many as 100,000 people may be currently held in solitary confinement across the U.S.

As the years wore on, the toxic conditions and white supremacist guards took their toll on MOVE 9 members. Both Phil and Merle Africa were killed by the prison system. A shock went through the community earlier this year when Delbert went missing in a situation that closely resembled the events that culminated in both Phil and Merle’s deaths.

Friends and family, even his lawyers, were unable to contact him and prison staff refused to state whether Delbert was alive or dead. Supporters learned that he had been transferred to the hospital after a medical emergency and was being held there without the ability to communicate with the outside world.

The movement responded by demonstrating at the hospital and flooding the phone lines with calls demanding Delbert’s release. After two tense days, Delbert was finally able to leave the hospital and put out a statement thanking everyone for the successful effort to save his life.

In the last few years, an unprecedented number of former Black Panthers and other radicals have been released. Debbie, Michael, Janet, Janine and Eddie Africa have all been released on parole since 2018, after 40 years of imprisonment.

As Delbert Africa’s parole hearing approached in September 2019, activists around the world participated in a social media campaign where they posted photos of themselves holding signs that read: “I Support Parole for Delbert Africa.” Among those who shared solidarity selfies on Facebook was 98-year-old Rosemary Neidenberg, one of Workers World Party’s founding members.

Delbert has long been regarded as one of the most important figures in the MOVE Organization, both because he served as the group’s Minister of Confrontation and Security and because of his former membership in the Black Panthers. That is to say, the system has been gunning for Delbert since the 1960s. His release is a victory against this white supremacist, capitalist system.

But the struggle is far from over. Chuck Africa, the last remaining member of the MOVE 9 still behind bars, has had his hearing and is now awaiting a decision from the parole board. Mumia Abu-Jamal, another former Panther and world-renowned author and journalist, is still fighting for exoneration in the courts and against serious health issues after 38 years in notoriously toxic coal-country prisons.

Indeed, the fight will not be over until the shackles are taken off of every prisoner in the U.S. The system of mass incarceration uses criminality only as a pretext to round up and lock up oppressed working-class people, overwhelmingly Black, Brown, Indigenous people in huge disproportionate numbers. Prisons do not “correct” or “rehabilitate,” nor is that their intended purpose.

Prisons are concentration camps for the poor. They enable the capitalist ruling class to keep millions of workers in captivity, a labor force on retainer who get paid pennies per hour — if at all. And the bosses have managed to turn this modern-day slavery into a billion dollar industry — through contracts with finance capital, tech firms, arms manufacturers and other corporate profiteers. No person, no matter what their alleged crimes or past history, should be forced to languish in hell for the crude profits of the 1%.