This will be the fourth multinational, multigenerational, multigendered march since its founding Jan. 21, 2017. That date was chosen to protest President Trump’s inauguration the day before. The mass uprising of women and their allies, estimated to include 5 million people in the U.S. and millions in cities around the world, turned out to be the largest national and international protest up to that time. 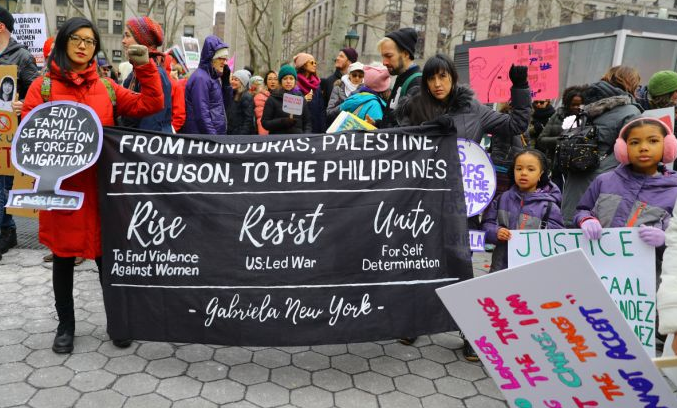 Urging U.S. attendance this year by all women and their allies, Co-President of the Women’s March Isa Noyola stated, “Donald Trump and his cronies are morally bankrupt and growing more brazen with their lawbreaking every day. Meanwhile, our climate is in peril; our reproductive freedom is under attack; and racist bigots are writing our immigration policies.” (womensmarch.org, Nov. 27)

Fortunately, fabricated charges of anti-Semitism that divided last year’s march have not reared their ugly head this year. Unfortunately, two founding members of Women’s March, Inc., Tamika Mallory and Linda Sarsour — an African American and a Muslim of Palestinian descent, respectively — resigned from last year’s Board of Directors after false charges of anti-Semitism were leveled at them. Another founder, Bob Bland, also stepped down.

This year’s Board of Directors represents diverse communities, with mostly young members representing all regions of the country and many kinds of activism. Their experience on issues ranges from environmental and workplace organizing to reproductive health care and oppressed-gender organizing, to groups devoted to ending racism, bigotry against people with disabilities and the criminalization of trans, queer and immigrant communities of color.

While major attention is focused on organizing a huge turnout in Washington, D.C., as in past years, statewide chapters have been planning marches across the country. To find out where marches are being held, look for “Find a Sister March” on their website. If none is listed in your area, and you’re willing to organize one, look for “Host.”

The official progressive rally in New York City will be held in Foley Square as it was last year. One holdover from last year will be a countermarch in New York’s westside midtown organized by the so-called Women’s March Alliance.