Formerly incarcerated people from the Cobb County Adult Detention Center and loved ones of those currently incarcerated spoke out about the horrid conditions at a town hall meeting at Life Church here on Dec. 9. Seven people have died in the jail since last December. 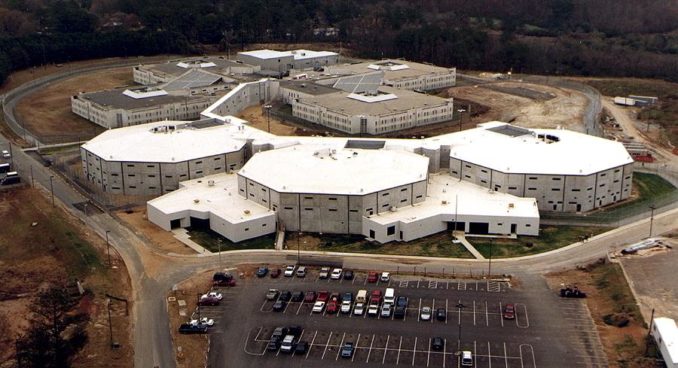 Since Sept. 23, the CCDC has been on lockdown, which was a common topic during the meeting. Inmates are not able to use phones to communicate with loved ones and lawyers.  The inmates report not seeing the sun for days at a time.

Officially, CCDC officials claim the center is on lockdown for nearly three months because deputies were assaulted by three inmates.

At the town hall, a woman named Priscilla, who is close to inmates at the CCDC, said a white deputy called a Black inmate the N-word. The inmate defended himself, telling the guard that he cannot call him racial slurs.  According to Priscilla, the officer responded by saying he “hated everyone.” She said the same deputy turned to a group of Latinx inmates and called them the S-word and then turned to a group of white inmates and called them “crackers.”

A physical altercation then ensued, which led to the lockdown.

A man who said he had been released from CCDC the night before the town hall said the lockdown is scheduled to end Jan. 1. He also pointed out that inmates have spent nearly 24 hours a day in their cells since the lockdown, and it is maddening for them. The man said that many are in CCDC waiting to be charged with something and plan to plead guilty when they see a judge just to be able to get out.

A lawyer in Cobb County said that since the lockdown, she has had to contact the loved ones of inmates to tell them directly to pay their loved one’s bail because the inmates can not contact them on the jail phone.

The father of an inmate, 33-year-old Bradley Emory, who died in the jail in March, noted that his son showed signs of being suicidal, though the jail took very little action to ensure his son did not commit suicide.

Emory’s death was ruled a suicide, but his father did not know that for a very long time. The father said the jail refused to tell him what was going on with his son after it was obvious his son was in trouble.

A lawyer for the family of 36-year-old Kevil Wingo observed that CCDC did not give Wingo the care he needed after he had a medical emergency in his cell, leading to his death.

A woman reported that her 25-year-old son was in CCDC for violating probation and is very depressed. She said the reason for the violation was because he could not afford to pay CCDC fees.

A man spoke about how officials in CCDC willfully neglect prisoners who have medical emergencies. He added that even after an inmate indicated he needed to use the bathroom, guards did nothing and let him go to the bathroom on himself.

Some are calling for the resignation of Cobb County Sheriff Neil Warren. Since he started as sheriff in 2004, 41 people have died in CCDC custody. That number averages 2.7 deaths each year. The seven deaths this year alone far exceed that number.