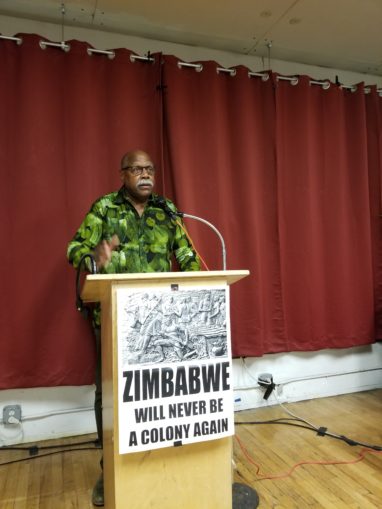 Omowale Clay, a longtime leader of the December 12th Movement, has been a main organizer in building solidarity in the U.S. with the former British colony of Zimbabwe, located in southern Africa.  He spoke on the impact of 20 years of sanctions imposed by U.S. and Western imperialism, calling it an act of international terrorism on the Zimbabwean economy and its Indigenous population.

Clay also shared remembrances of his organization’s relationship with the late president of Zimbabwe, Robert Mugabe, who visited Harlem many years ago.   President Mugabe died on Sept. 6 at the age of 95. (See Clay’s talk at tinyurl.com/y2b6g7de/.)

The 16 member nations of the Southern Africa Development Community have declared Oct. 25 “A Day of Action” to end the sanctions on Zimbabwe.

Sara Flounders, a WWP Secretariat member, spoke about her recent trip to China as it celebrated 70 years of great social advancements since the triumph of the People’s Revolution in 1949. She also described U.S. sanctions as an act of economic war aimed at China, as it continues to move forward with building socialism. Read more of her observations about China at tinyurl.com/y3z9n8w8/ or   watch Flounders’ remarks at tinyurl.com/y58543qz/. 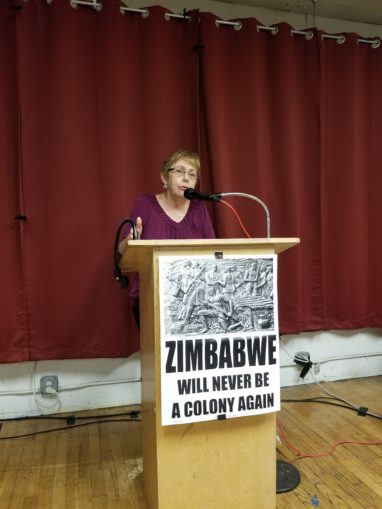 — Report and photos by Monica Moorehead