It is a fact that the oldest colony in the world is Puerto Rico. It stands to reason, therefore, that one of the longest resistance struggles against U.S. imperialism is Puerto Rican.

That fact came to life again this year as event after event led to a massive uprising that resulted in toppling the corrupt government of Gov. Ricardo Rosselló. 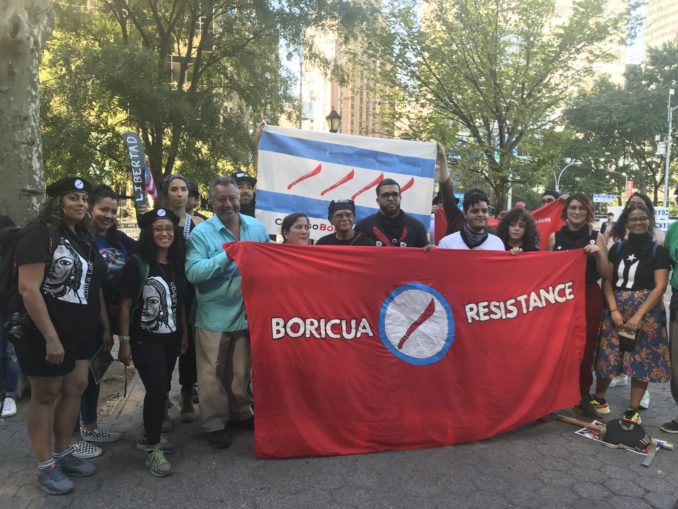 This people’s movement on the island came in the wake of the disastrous consequences of Hurricane Maria, which devastated the island in September 2017. About 3,000 people died in that hurricane, and thousands more became climate refugees as they were forced to flee the island.

The governor’s corruption had been well known, but when leaked chats exposed vile homophobia, misogyny and elitist contempt even for hurricane victims, the people said basta — enough.

This rise in the movement was recently reflected in New York City. A large number of Puerto Ricans have historically resided here, with a rich history of resistance, including the formation of the inspiring Young Lords in the revolutionary period of the late 1960s and 70s.

On Sept. 21, over 600 Puerto Ricans and their supporters marched under the banner of the Frente Independentista Boricua (Boricua Independence Front) from Columbus Circle to the United Nations.

This new umbrella of groups reflects growing unity in the movement and a determination to fight for independence till victory.

Lorraine Liriano Chavez told Workers World: “El Frente Independentista Boricua is committed to the independence of Puerto Rico and will continue to educate, organize and protest. We will support the struggle of our sisters and brothers in the archipelago. We recognize that our struggle for liberation is within a larger framework of justice against capitalism and imperialism. Our solidarity with working-class communities in the U.S., Latin America, Africa and Asia is paramount to our liberation.”

Also for the Frente, Ana M. Lopez told WW: “Our former political prisoners that participated in the march and rally on Sept. 21 were by and large living or born in the U.S. They dedicated their lives for the independence of Puerto Rico. Already two-thirds of our people live in the U.S., thus we are the engine within the ‘belly of the beast’ that will bring our decolonization and freedom at last.”

Another Frente organizer Nephyr Rodriguez added, “It was evident, the growing number of youths that participated demonstrating great pride in their identities of being Puerto Rican.” He continued, “These youth are supporting our right to have a free and independent nation.”

The Frente is not stopping after this successful march. On Oct. 5, the movement will hold the Third Peoples’ Assembly from 3:30 until 5:30 p.m. at the Overthrow, 256 Grand Street, Brooklyn. 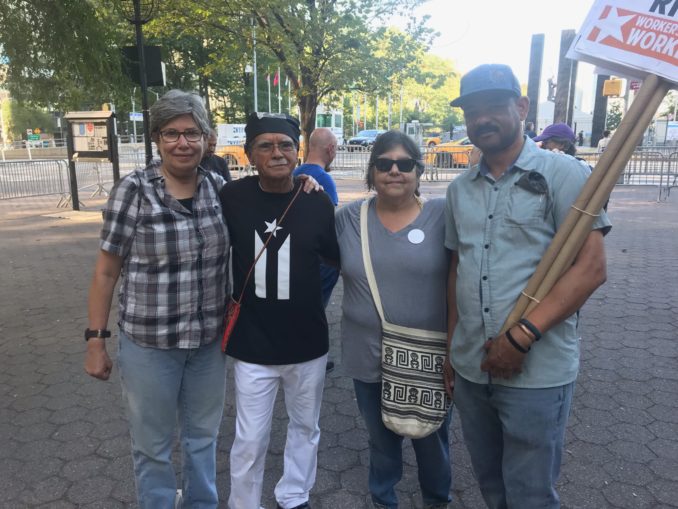 It is clear that no corrupt government, no hurricane, no U.S. imperialism can stop the yearning of the Puerto Rico people for independence. Si se puede!