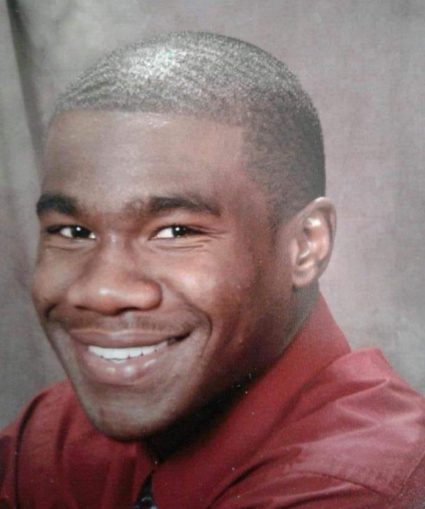 Atlanta – A rally and remembrance here on Aug. 5, organized by the family and community members of Jamarion Robinson, marked the third anniversary of the young man’s shooting by a joint force of federal marshals, East Point police and Atlanta city police. Two organizations against police killings — Tribe 76 and Mothers of Black Boys — also participated.

The rally took place outside the apartment where Robinson had been shot 76 times.  Eleven cops battered his door open and began shooting — without bothering to identify him.  When a picture of who the cops were searching for was shown, it was clearly not Robinson. They claimed Robinson had a gun, but one was never produced.

The rally opened with a candle-lighting ceremony for Robinson in which people were asked to say something about him or why they were there. His mother, Monteria Robinson, spoke about the efforts to get justice over the three years since his killing and vowed to continue until the cops who participated are punished.

This same task force has been involved in another killing in Atlanta. They shot Jimmy Atchison, 21, this January while he was hiding inside a closed closet.  A rally at the Federal Building on Aug. 10 will seek justice in that case.