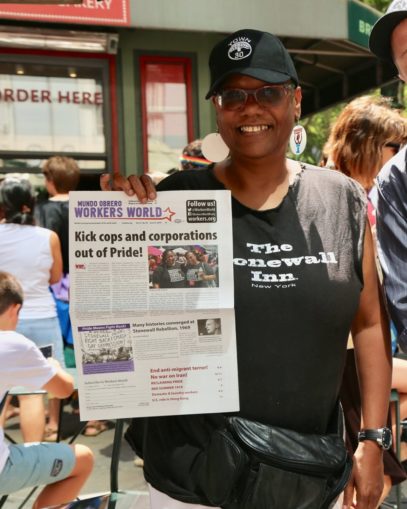 This article is based on a talk given at a July 25 Workers World Party meeting in New York City that addressed the theme “Fighting against Racism and for National Sovereignty.”

This talk will not give a blow-by-blow account of all the attacks that racist Trump has made against the four progressive congresswomen of color — Reps. Ilhan Omar, Alexandria Ocasio-Cortez, Ayanna Pressley and Rashida Tlaib — known as “The Squad.”

But these four congresspeople symbolically represent the global working class, despite their political affiliation and loyalty to the Democratic Party.  The fact that their respective nationalities — Somali, Puerto Rican, Black and Palestinian — represent millions of oppressed peoples globally is an inspiration to the movement for revolutionary change.

In the end, these racist attacks are not isolated from attacks on the global working class, which include workers and oppressed of all nationalities and gender expressions who are super-exploited and super-oppressed by the same bosses and bankers.

Whatever form the struggle against racism may take — in a bourgeois arena like electoral politics or outside that arena — as revolutionary socialists we must be prepared to take on the fight against racism whenever and however it rears its ugly head. This is because of the historical, theoretical and practical significance of the national question and its relationship to the class struggle.

Origins of national oppression in the U.S.

The expansion of U.S. imperialism was rooted in the theft of Indigenous lands, begun in the drive to colonization launched by Christopher Columbus’ claim of “discovery” in 1492. The crimes of the U.S. were marked by such actions as U.S. President Andrew Jackson’s infamous “Indian Removal Act” of 1830 and encompassed the U.S. theft of more than half of Mexico’s territory in the bloody war of 1848.  And then there was slavery — where an estimated 4 million people of African descent were owned outright after being kidnapped to provide the unpaid labor needed to farm and develop the stolen land.

After the Emancipation and the end of that war, any hope of bringing about political equality for Black people on equal footing with white people was shattered into a million pieces with the overthrow of the 10-year period known as Radical or Black Reconstruction. The first of many broken promises — for what would have been reparations — was the failure to provide freed Black people with the self-sustaining 40 acres and a mule, along with education and political representation.

The quest for political equality was replaced by racist “Jim Crow” or legal segregation — codified by the U.S. Supreme Court in 1898.  This was reinforced by penal codes, lynchings, police brutality and mass incarceration that classified Black people, no matter their social status or where they lived, as criminals and second-class citizens.

Based on these historical facts and Marxist ideology, Black people constitute not just a nation, but an oppressed nation — oppressed by an oppressor nation dominated by white supremacy, emanating from ruling-class ideas rooted in the capitalist economic system. The struggle against racism based upon a foundation of national oppression is not separate and apart from the class struggle — in fact, this principle is central to the prosecution of the class struggle.

National oppression is a Marxist-Leninist concept that Lenin expounded in “Imperialism: The Highest Stage of Capitalism.” He explained that nations of peoples — be they of African descent, Latinx, Indigenous, Arab, etc. —  are super-exploited, along with the resources of their homelands, by the richest capitalist countries. This expands the wealth and territory of the small class of billionaires who own the banks and corporations. This is how the world is divided into oppressed nations and oppressor nations.

As a young Black woman raised in the apartheid South, I was radicalized by the struggle to smash white supremacy during the era of the Black Panther Party and the Attica prison rebellion (1966-71).  However, it was the unwavering theoretical position of Workers World Party chairperson Sam Marcy regarding the defense of oppressed nations as central to class unity that won me to revolutionary Marxism.

Marcy wrote the article titled “The right of self-determination and the class struggle” in November 1983. I want to quote from this extensively because he said it best: “Of all the great domestic political problems facing the working class and the oppressed people, none surpasses in importance the relationship of national oppression to the class struggle.  Indeed, one may say that it is at the heart of the basic social problem in the United States. It touches every form of social existence, and no sector of society is free from it.

“For Marxists in particular it is the acid test of the correctness of their general political program. It is also a test of the revolutionary integrity of the party, in particular as this is manifested in day to day practical application. Probably nowhere else is theory so severely tested by practice as in the field of the national question.”

Marcy went on to say: “To many in the progressive and working-class movement the relationship between national oppression and class conflict appears as a choice between two supposedly contradictory phenomena.

“Needless to say, such a view of Marxism, in addition to being an error in principle and a violation of basic Marxist theory on the national question, was mostly propounded by whites, even those who saw themselves as adherents of socialism and even of Marxism. Upon the solution of the national question may very well depend the destiny of the working class in the struggle against capitalism as well as the future of socialism.”

National oppression and the class struggle

Marcy’s emphasis on socialists putting their theoretical understanding of the national question into practical application is critical, because to fail to do so does more harm to prosecuting the class struggle.  Marcy timed the writing of the 1983 article to meet the acid test of the first presidential campaign of the Civil Rights leader, the Rev. Jesse Jackson. His campaign was challenging the racism of the Democratic Party leadership, the Democratic National Committee, notwithstanding that the mass base of that party has many Black and Brown people, then and now.

For Workers World Party, we viewed the significance of the Jackson campaign beyond its form within the Democratic Party organization. In its essence, the Jackson campaign was a catalyst for Black and other oppressed nationalities to complete the unfinished bourgeois democratic revolution by extending and winning full social rights for Black people and other disenfranchised sectors of our class.

Marcy stated in the same article: “The national question has for centuries been covered up by a plethora of lies and deceit. The intent is to convey the impression that it does not exist; or if it does exist, it is being solved; or at least its significance is diminishing due to the glory and virtues of the democratic processes of monopoly capitalism.”

While Workers World Party felt the closest political affinity with Malcolm X and the current he represented, even before he left the Nation of Islam, we never pitted these two wings of the Black movement against each other in our propaganda or in concrete solidarity.

That is due to our party’s belief in building class unity against a common oppressor.  Our party was very sensitive to the besieged Black masses in the South who were at that time on the front lines against fascistic Jim Crow. The lesson then and now is that whenever the masses or a sector of our class is engaged in struggle against racism — as they were in the 1960s or in the 1980s — the form of that struggle against racism becomes secondary and must be given support even if that support is critical, while at the same time showing concrete solidarity. 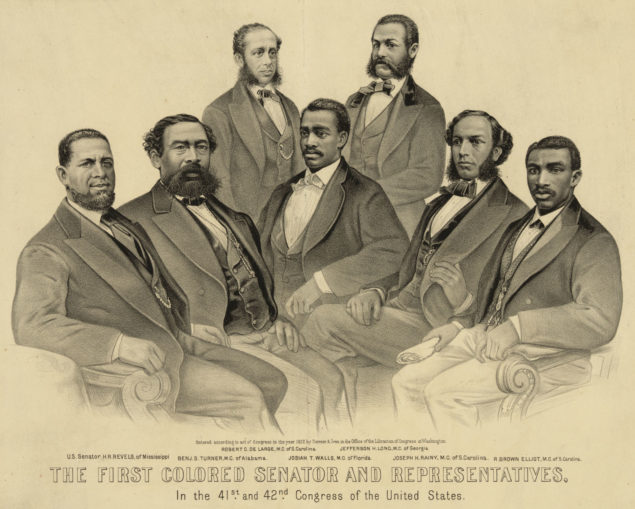 The Squad and the struggle against national oppression

Compare the politics of the Squad to the Jackson campaign. While we all know that the Democratic Party is as much a party of big business, war and racism as the Republican Party, The Squad’s politics in general are to the left of the party they belong to.

These congresspeople defend the rights of migrants, including calling for abolishing Immigration and Customs Enforcement and closing down the detention centers, uplifting the rights of the Palestinian people to return to their homeland, supporting Medicare for all, deploring Trump’s attempts to cut over 3 million more people off the Supplemental Nutrition Assistance Program and more.

And while Bernie Sanders claims to be a “socialist,” he hasn’t specifically mentioned the attacks on The Squad or defended them, although he has come out in general against Trump’s racist and xenophobic language.  This is the same Bernie Sanders who only mentioned Black Lives Matter during his 2016 bid for the presidency when Black protesters heckled him at one of his campaign rallies.

The burning question now is what is next in this ongoing struggle against racism — especially with the presidential elections about 16 months away?

The City Council of Charlotte, N.C. — where the Republican National Convention is to take place in August 2020 — voted 9-2 on July 23 to condemn Trump’s racist remarks. This action was similar to the July 16 vote by the House of Representatives that condemned Trump as a racist. But these are symbolic, nonbinding votes.

Is the Charlotte City Council going to cancel the convention?  Hell, no! It will bring in millions of dollars. And while Democrats like Nancy Pelosi may have called out Trump on his racism, they will not go so far as to mobilize the masses in solidarity with The Squad or demand the closing of those horrific detention centers. The Democrats could easily take that action because they have the resources and allegiance of a large sector of the masses, including the trade unions.

But the Democratic Party leadership fears a mass mobilization in the streets that would become more independent, move more and more to the left, and be driven to militancy.

We must continue to defend The Squad — or any other prominent figures, politicians or not, attacked by racists. We must also continue to distinguish that defense from any endorsement of the two major bourgeois parties, which will do and say anything to occupy the White House, Congress and other capitalist institutions that administer class rule.

We must continue to organize and unite to shut down the camps, to shut down mass incarceration, to shut down police brutality, to shut down all forms of white supremacy. This can all lead to a complete shutdown of capitalism — toward realizing a socialist future.  Build international solidarity! Build a Workers World!