Over 100 people packed the gymnasium July 26 at the Fricker Community Center in downtown Pensacola, a Black-majority area. The first Pensacola People’s Assembly was put on by Pensacola Dream Defenders and began with a march to the community center from the home of Tymar Crawford, a Black man killed by Pensacola police. The march was brief but effective in temporarily shutting down several streets. Once inside, speakers from the community spoke about their experiences as Black people in a police state. Dream Defenders served food and provided child care, exemplifying revolutionary self-determination and community-based organizing. 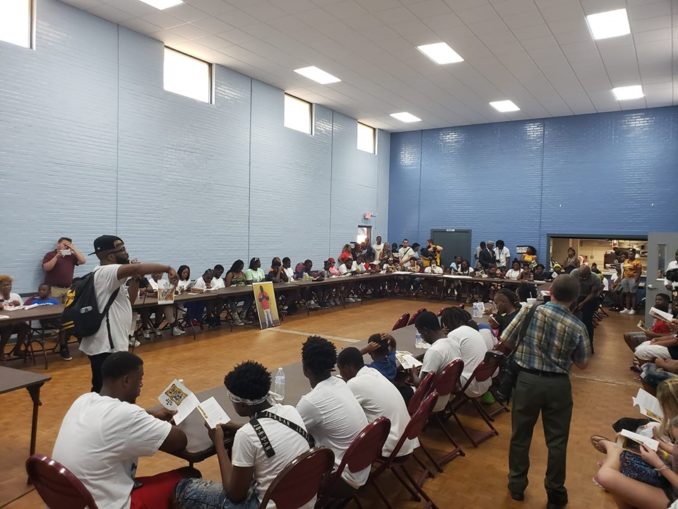 For the second half of the assembly, Dream Defenders read sections of The Freedom Papers, the official manual outlining their goals as a socialist prison abolition group. Attendees were split into groups and asked what they would do if money were not an issue. Many people discussed dreams they have that really should be a reality, but can’t be due to capitalism and the poverty that stems from it.

Afterwards there was a discussion of the breakdown of the city of Pensacola’s budget. The revelation was that the police received $32 million, while programs for communities, anti-sexual violence, etc., were given just $30,000. The Assembly discussed how the money should be reallocated. The consensus was clear: Distribute the money to the community—​to the masses!

This was only the first People’s Assembly; there will be more. Demands for justice can be drowned out by reactionary politics and exploitative tourism no more! The masses are rising!