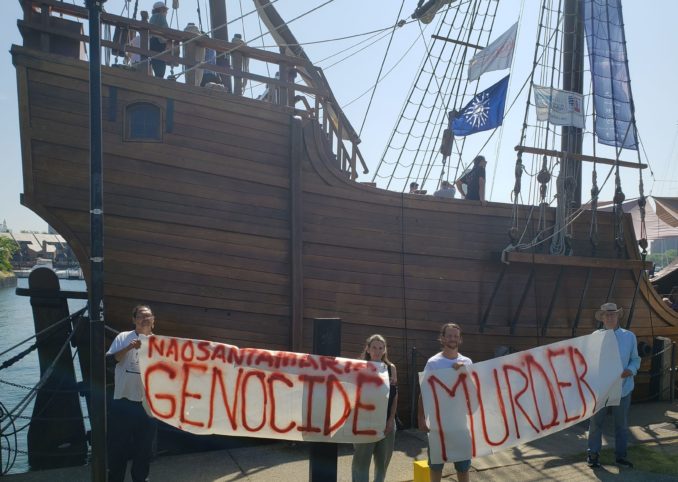 A replica of the Santa Maria, one of Christopher Columbus’ ships, was put on display in Buffalo’s Lake Erie harbor July 13. Reacting to the occasion, Haudenosaunee activists and their allies were present to tell the truth about the ship. They explained that rather than just being an innocent tourist attraction, its presence was a commemoration of the genocide, slavery and theft of Indigenous lands that began with Columbus’ original voyage. As one spokesperson explained, the arrival of the ship was not just a moment in history, but an attempted genocide that continues today. A delegation from Workers World Party attended in solidarity.