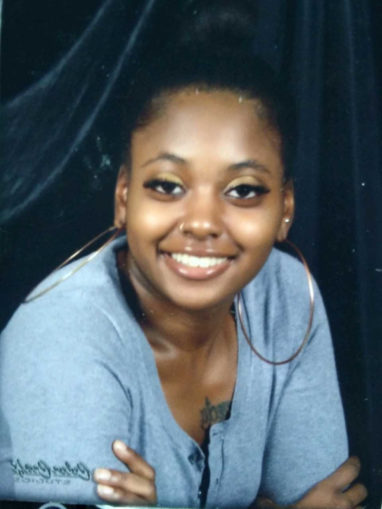 The intensified attack on women, the gender-oppressed and reproductive justice, denounced as “policing the womb” by reproductive rights advocate and activist Michelle Goodwin, has reached a new level of violence in Alabama.

On July 3, Marshae Jones, a young pregnant African-American woman, was arrested after being indicted by an Alabama grand jury for manslaughter — because she miscarried her fetus after being shot in the stomach by an attacker. The shooter, another woman known to Jones, was not indicted and was set free.

The indictment against Jones was based on the statement of the arresting Pleasant Grove, Ala., police, whose spokesperson said, “[T]he only true victim” was the fetus, dependent on its mother to keep it from any “harm.” (Washington Post, June 28)

The law firm representing Jones filed a motion to dismiss the charges, but their argument was based on legal grounds related to manslaughter, not a challenge to the concept of personhood assigned to a fetus that the grand jury had used to indict.

After an international and U.S. outcry, including a demonstration at the Bessemer Justice Center, as well as support from the Yellowhammer Fund, an Alabama abortion rights organization, the local district attorney announced on July 4 she had decided “not to prosecute” Jones.

The original police statement reflects the anti-woman, anti-poor, racist wave of laws now defining and attacking people who are pregnant as mere vessels or carriers of a fetus. In Alabama hundreds have been prosecuted with a state “chemical endangerment of a child” statute for supposedly exposing their embryo or fetus to controlled substances.

According to Lynn Paltrow, founder and executive director of National Advocates for Pregnant Women, Alabama leads the U.S. in charging women for crimes related to pregnancy. She also noted women across the country have been prosecuted for manslaughter or murder for having an abortion or experiencing a miscarriage.

On May 15, Alabama’s governor signed into law the most repressive anti-abortion law in recent U.S. history, which prohibited abortions in cases of rape or incest. Other states, including Georgia, Kentucky, Louisiana, Mississippi, Missouri and Ohio, have passed legislation nearly as punitive in efforts to criminalize and police reproductive rights.

There has been a lot of focus on interpreting these reactionary laws as a right-wing attempt to get an argument before the Supreme Court that could enable the end of access to abortion in the U.S.

In fact, these laws are only the latest initiative developed and deployed against reproductive rights won over the last 46 years since the U.S. Supreme Court’s Roe v. Wade decision that legalized abortion.

There have been an unrelentingly onslaught of “right-to-life” laws at the state level, based on religious and nonscientific beliefs. These disproportionately punish and attempt to control the autonomy of poor women of color.

Those advocating the laws do not openly state or admit their prejudiced intent, instead camouflaging hateful racism under the pretext of defending the “right to life.”

Aimed at poor women of color

The hypocrisy of that position was unmasked, once again, through information explored at length in a July 3 Birmingham News column, “The Reckon”: Black mothers are nearly four times more likely to die in childbirth and pregnancy than white mothers. This is the widest racial disparity in women’s health in the U.S.

The reasons range from structural racism to individual prejudice, from refusal of states to expand Medicaid coverage for poor people, to such unprovable but real medical racism as that experienced by Myra Powell in Montgomery, Ala. Miscarrying twin fetuses at 26 weeks, drenched in blood and in pain, she was taken to the hospital by ambulance drivers who never turned on the emergency siren or lights, sat at every stop sign and red light and never exceeded the speed limits.

She was accompanied by a paramedic who kept checking his phone during the excruciatingly slow trip and then refused to authorize her transfer to a hospital with a neonatal unit.

The state of Texas’ assessment of its maternal deaths showed the risk for Black mothers was high regardless of marital status, education level or access to private insurance. Financially well-off Black women die at higher rates than white women of their same class.

Obviously, if proponents of the reactionary anti-abortion and anti-miscarriage laws currently being passed sincerely cared about mothers and children, they would be pressing above all for a more responsive, accessible and income-affordable maternal health care system. They would be facing and fighting the racism that causes disproportionate deaths in communities of color — from lack of health care to police brutality, to immigrant prison concentration camps.

With careful examination, the indictment of Marshae Jones shows instead that the pushers of reactionary laws tied to reproduction are seeking the criminalization of poor women, women of color, sexually independent people. They are seeking to continue the dominance of white supremacy and capitalist patriarchy.

Marshae Jones was freed only through local, national and international organizing. That is the response that will end the “policing of wombs” and assert reproductive justice instead.